Tate Modern presents the UK’s first ever retrospective of the Russian avant-garde artist Natalia Goncharova. This exhibition is a sweeping survey of a pioneering and radical figure, celebrated during her lifetime as a leading modernist artist. Throughout her varied career she challenged the limits of artistic, social and gender conventions, from parading through the streets of Moscow displaying futurist body art and scandalising newspapers of the day, to creating internationally acclaimed designs for fashion and the theatre. 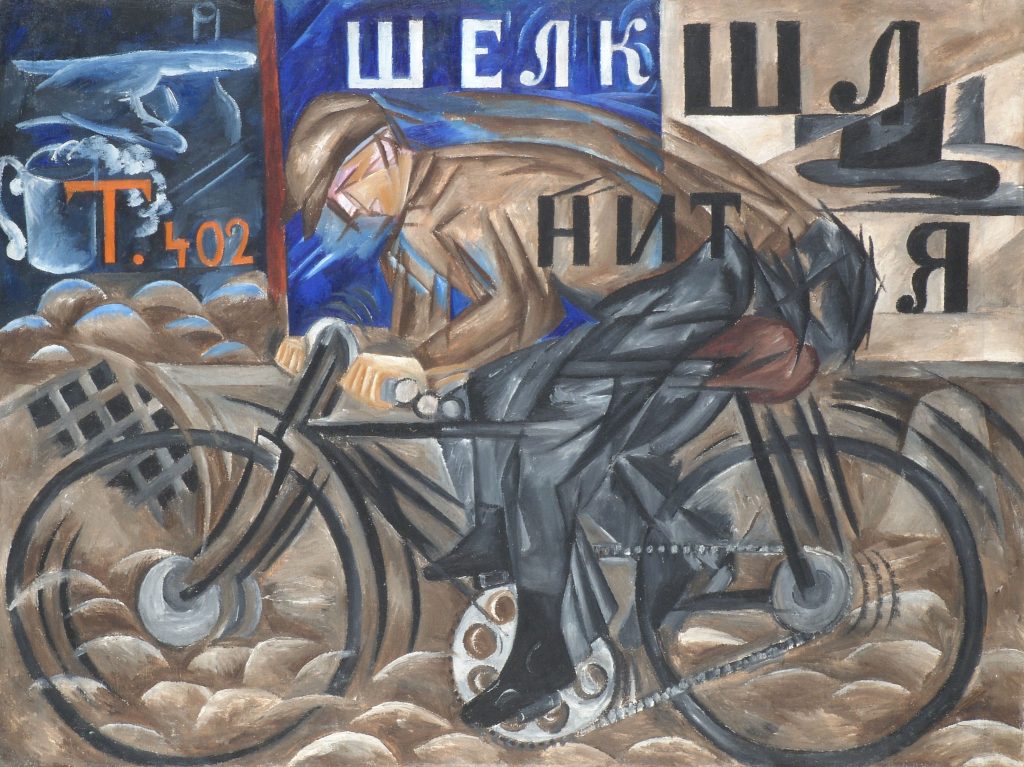 Goncharova’s artistic output traces, influences and transcends the art movements of the 20th century. Born in 1881, she was inspired by the traditional customs and cultures of her native Central Russia – inspirations that pervade her life’s work. By the age of 32, she had already established herself as a leader of the Moscow avant-garde and was the subject of the first monographic exhibition ever staged by a Russian modernist artist. Arriving in Paris in 1914 at the invitation of Sergei Diaghilev, Goncharova was feted for her vibrant costume and set designs for the Ballets Russes. 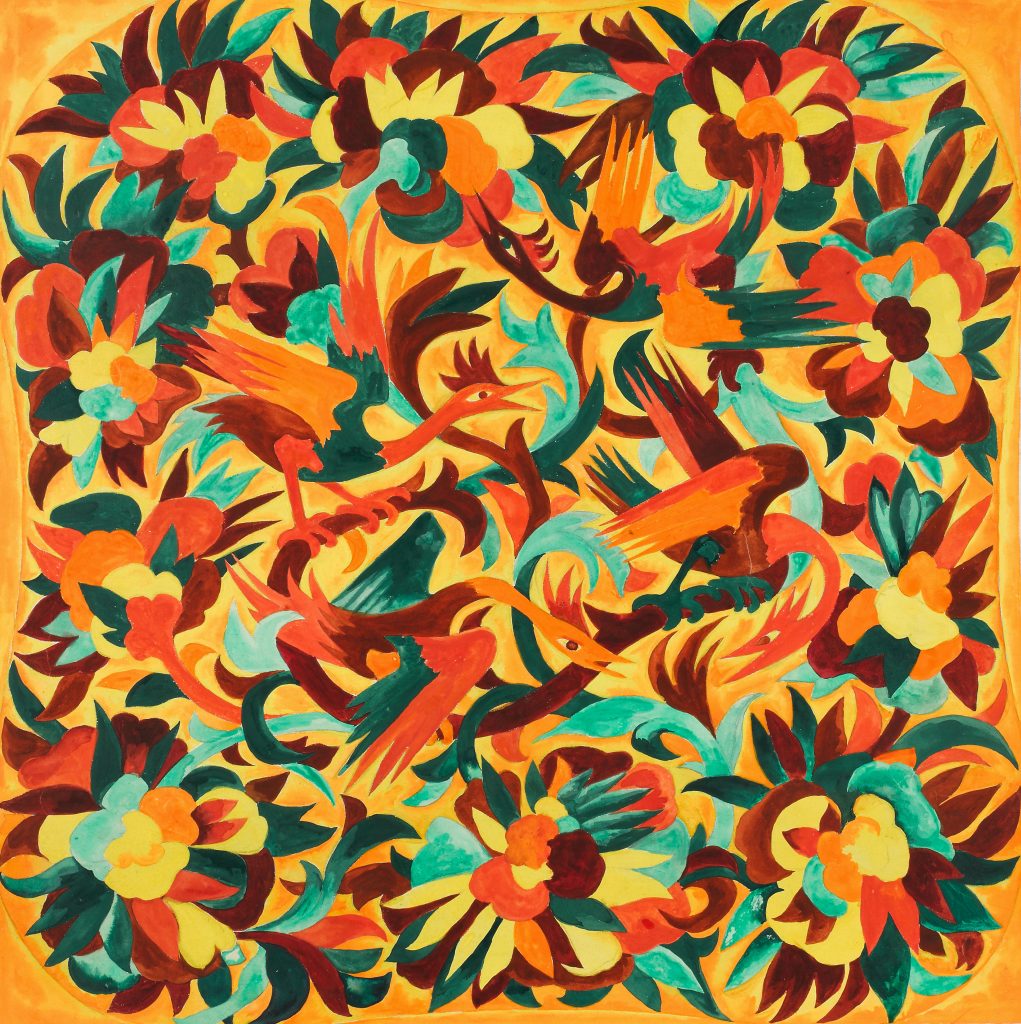 The exhibition gathers together over 170 international loans which rarely travel, including from Russia’s State Tretyakov Gallery which houses the largest collection of Goncharova works in the world. At the heart of the show is a room evoking Goncharova’s remarkable 1913 retrospective that was held at the Mikhailova Art Salon in Moscow, which originally featured some 800 works.

Highlights include early paintings such as Peasants Gathering Apples 1911, formerly owned by the Morozov family, one of great art collectors of the early 20th century; the monumental seven-part work The Harvest 1911, bringing together paintings from four international collections; and her scandalous paintings of nudes, the first public display of which led to her trial for obscenity. A section devoted to Goncharova’s religious painting will include the Evangelists 1911, a four-panel work which had delighted London in 1912 but shocked Russia’s capital of St Petersburg in 1914 where the authorities removed it from display. A room is dedicated to her work in fashion design and her collaborations with Nadezhda Lamanova, couturier of the Imperial court, while her forays into interior design are represented by the decorative screen Spring 1928, commissioned by the Arts Club of Chicago and never lent until now, and Bathers 1922, a monumental triptych displayed in the UK for the first time. 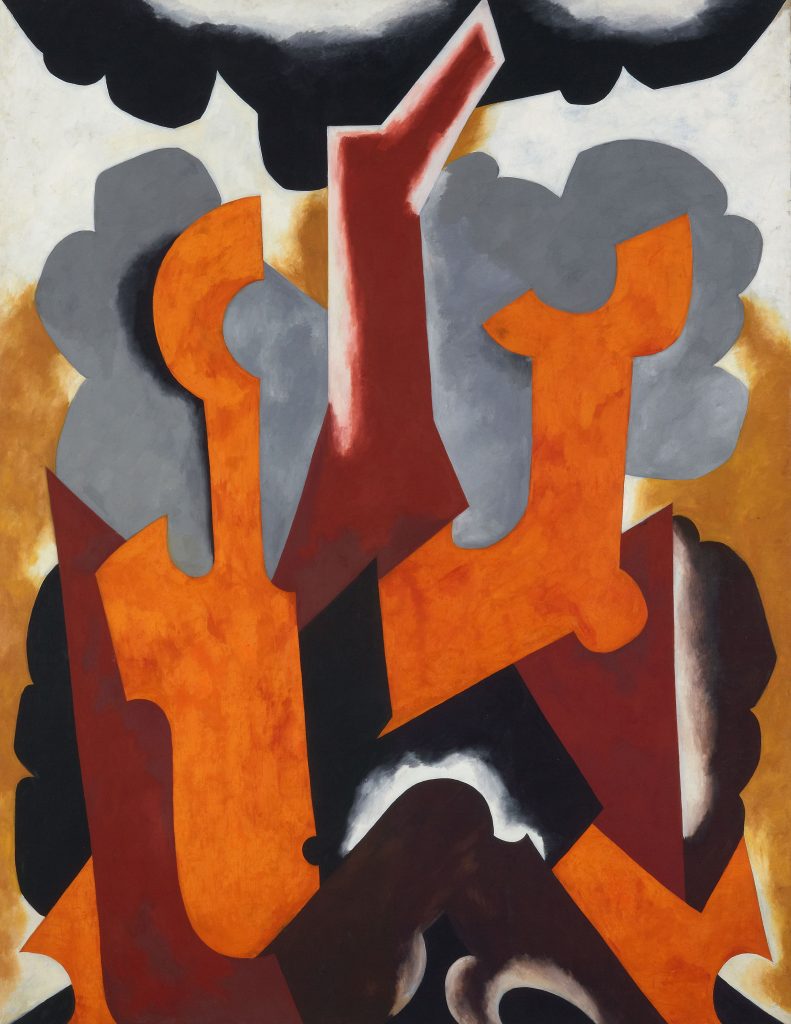 In seeking to underline Goncharova’s ground-breaking experiments with the modernist styles of cubo-futurism, abstraction and rayonism, the exhibition reunites Linen from Tate’s own collection with Loom + Woman (The Weaver) from the National Museum of Wales and The Forest from the Scottish National Gallery of Modern Art, all created in the same studio in 1913 and on display together for the first time since then.

Finally, the exhibition closes with a room dedicated to her collaborations with the Ballets Russes, the work for which she was best known from 1914 to the 1950s. It presents the artist’s most groundbreaking work for the theatre, including costume designs for Le Coq d’or (The Golden Cockerel) and Les Noces (The Wedding), both performed on London stages in the 1920s and 30s, as well as examples of actual costumes used in historic ballet productions. 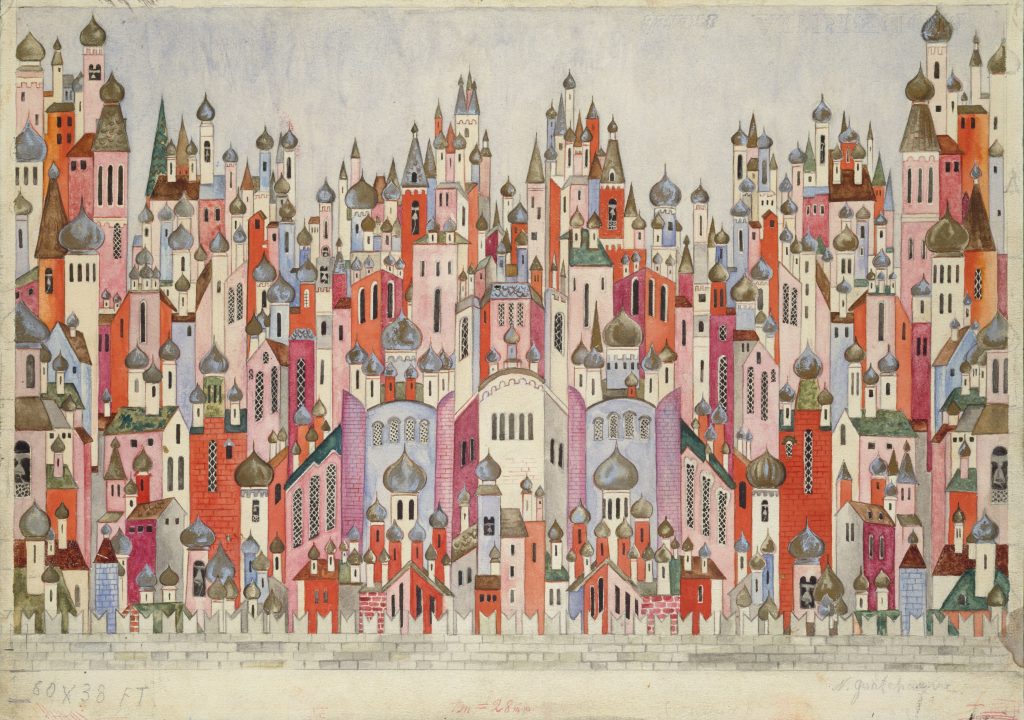 Natalia Goncharova (1881- 1962) Set design for the final scene of The Firebird 1954 Graphite and gouache on paper?Victoria and Albert Museum, London?© ADAGP, Paris and DACS, London 2019