Photo London opens this week for its fifth edition. Building on the success of its first four editions, Photo London 2019 returns to Somerset House to showcase the very best of the past, present and future of photography. This year’s edition continues the Fair’s longstanding support for young galleries and artists. Overall there is a focus on emerging trends and unseen work. The announcement of exhibitors follows a rigorous two-stage selection process to identify the best quality presentations and artists ranging from established masters to rising stars.

The galleries exhibiting in 2019 were selected by an expert Curatorial Committee led by Philippe Garner. In addition, Art Consultant and Curator Tristan Lund, who has curated the Discovery section of the Fair since 2017, has played a key role in the overall curation of the Fair. The fifth edition of Photo London will include almost 100 galleries from 21 different countries: Austria; Belgium; Canada; China; France; Germany; Hungary; Italy; Japan; Latvia; Lebanon; Mexico; the Netherlands, Norway, Portugal; Spain; Switzerland; South Africa; Taiwan; the UK; the USA.

Master of Photography
Photo London is delighted to announce US photographer Stephen Shore as its Master of Photography for 2019. Shore’s photographs explore and document the ordinary scenes of everyday life, transforming seemingly mundane scenarios and objects into subjects of thoughtful consideration. Known for his pioneering use of colour photography and early experimentation with new technologies, Shore’s work has been widely published and exhibited for the past 45 years, including a recent solo exhibition at the Museum of Modern Art in New York.

The Photo London Master of Photography award is given annually to a leading contemporary photographer who is the subject of a special exhibition at the Fair. As part of Photo London’s 2019 Public Programme, Shore will present a new body of work, which will be shown for the first time in the UK. He will also be showing a series from 1969 titled ‘Los Angeles’, which features 60 small photographs taken throughout one day in 1969 in LA. The exhibition is produced in association with Sprüth Magers and 303 Gallery. To accompany the exhibition at Photo London, Shore will be speaking as part of the acclaimed Photo London Talks Programme on Thursday the 16 May. The full Talks Programme – which is once again curated by the author and curator William A Ewing – will be announced in April, with speakers already confirmed including Martin Parr, Hans Ulrich Obrist, Susan Meiselas, Ed Templeton and Deanna Templeton, and Vanessa Winship.

Introducing Stephen Shore ( @stephen.shore ) as @nowness next Photographer in Focus, launching tomorrow! ?? ? Shore's glimpsing of the beauty and banality of America, and his documentation of Andy Warhol's Factory in the 1960s have made him one of history's leading image makers. ? ? This week, Stephen Shore will be Master of Photography at Photo London running from 16-19 May. In conjunction with Photo London, in tomorrow's episode of Photographers In Focus: Stephen Shore, the photographer takes us on a first-hand account of what's made his craft so revolutionary.?

Public Programme
A select group of participants have created special projects for this year’s edition as part of the Public Programme, supported by the Luma Foundation. Ben Brown Fine Arts will present a new project in collaboration with Photo London and Somerset House by leading British artist Gavin Turk featuring a giant bronze egg sculpture which has been installed on the River Terrace ahead of the Fair. The egg has inspired an Instagram photography competition with entries being projected on the walls of the Great Arch Hall during the Fair. Howard Greenberg Gallery will showcase a selection of works by the late American street photographer Vivian Maier, marking the first major presentation of the work in the UK. Essential works by pioneering photographer Roger Fenton, known as one of the first war photographers, will be on loan from the Wilson Centre and the Victoria and Albert Museum. And Irish photographer, electronic music producer and DJ Eamonn Doyle will show audio-visual work titled ‘Made in Dublin’ in collaboration with Michael Hoppen Gallery. The New York Times will display a selection of drone images by Staff Photographer and Senior Editor for Photo Technology Josh Haner on the theme of climate change. And Artuner, an online contemporary art platform that develops international projects in both the physical and digital worlds, will present an exhibition exploring the boundaries of the medium of photography through the works of Ana Elisa Egreja, Paul Kneale, and Tabor Robak.

“We are delighted to announce such an outstanding line-up of exhibitors and special projects for our fifth edition and deeply honoured to present Stephen Shore as our 2019 Master of Photography. As his recent retrospective at MOMA (New York) admirably demonstrated, Stephen is a truly pioneering photographer who has consistently the boundaries of image making throughout a long and successful career. His Photo London show continues that process presenting work made since his MOMA retrospective. In its first five years, Photo London has firmly established itself as a world-class photography fair and an important destination for everyone who is curious about the past, present and especially the future of photography: the great democratic art form of our age. Surveying this superb group of artists and exhibitors we are particularly delighted to have strengthened the Fair through an insistence on quality and to have retained our strong international focus with photography from Iran, South Africa, Scandinavia, Latin America, Taiwan and Japan. We very much look forward to welcoming visitors to Somerset House in May.” 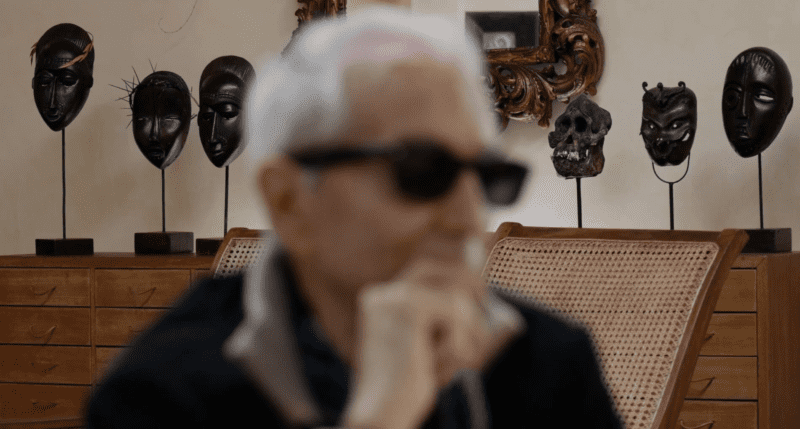