Gagosian is to present Couplings, an exhibition of Francis Bacon’s double-figure paintings. Bacon’s disturbing images—his portrayals of friends and fellow artists, and the deformations and stylistic distortions of classical subjects—radically altered the genre of figurative painting in the twentieth century. In Bacon’s paintings, the human presence is evoked sometimes viscerally, at other times more fleetingly, in the form of a shadow or a blurred, watchful figure. In certain instances, the portrayal takes the form of a composite in which male and female bodily traits are transposed or fused. This selective exhibition explores a theme that preoccupied Bacon throughout his career: the relationship between two people, both physical and psychological. 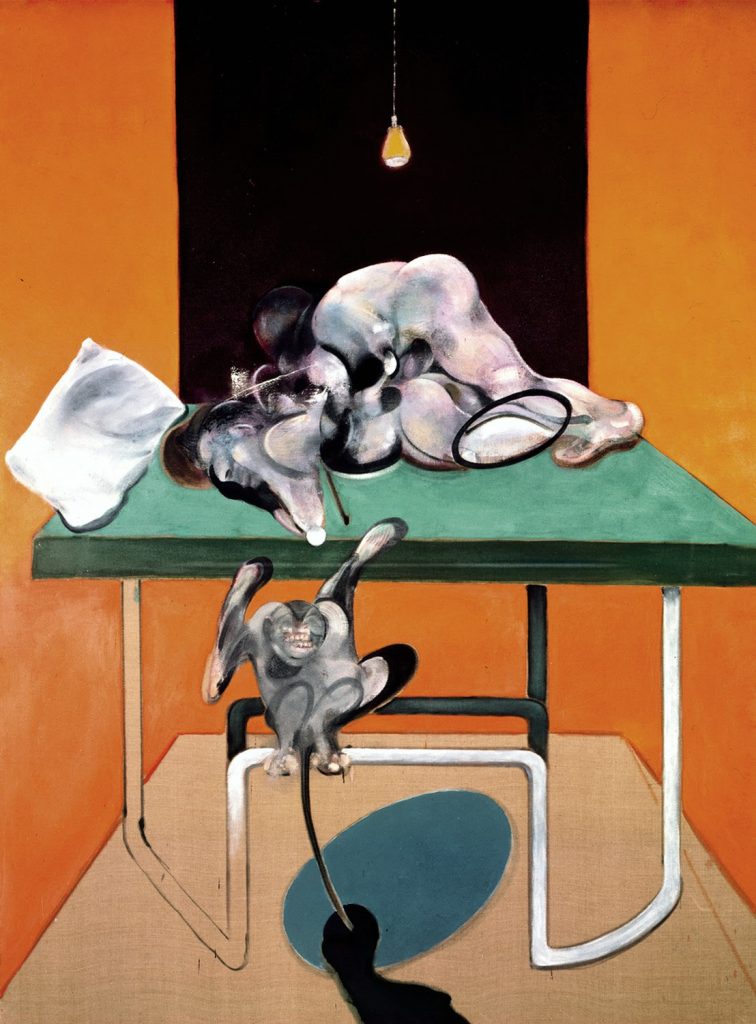 At the heart of the exhibition are two of the most uninhibited images that Bacon ever painted: Two Figures (1953) and Two Figures in the Grass (1954). These interrelated works have not been seen publicly together since the major retrospective of Bacon’s work at the Grand Palais, Paris, in 1971. After completing Two Figures in the Grass, Bacon did not return to the subject until 1967, the year that homosexual acts in private were decriminalized in England and Wales. That same year he painted Two Figures on a Couch (1967), which was last exhibited in London in 1968 and is also included in Couplings.
Finding that the physical presence of his subjects could prove inhibiting, Bacon painted his figures and portraits both from memory and from photographs—his own, as well as Eadweard Muybridge’s dynamic studies of people in motion, including male wrestlers. Although Bacon was sometimes reluctant to specifically identify the subjects of his paintings, a number of the works in Couplings (a term the artist himself used) were inspired by his fraught, often violent and passionate relationships. His affair with Peter Lacy, a former fighter pilot whom he met in 1952, cooled off after Lacy moved to Tangier, Morocco, in 1956, where Bacon visited him every summer until 1961. But even after Lacy died in 1962, Bacon continued to paint portraits of him, recalling intensely intimate moments in their relationship. In 1963 Bacon met George Dyer, a petty criminal from London’s East End. Dyer succeeded Lacy as Bacon’s lover and model and was the inspiration for many of Bacon’s grandest and most emotive paintings of the male nude. Three works in Couplings suggest a startlingly erotic and sometimes violent relationship between two men, such as the one Bacon and Dyer had: Two Figures on a Couch, the triptych Three Studies of Figures on Beds (1972), and Two Figures with a Monkey (1973)—the last two painted after Dyer’s suicide in 1971.