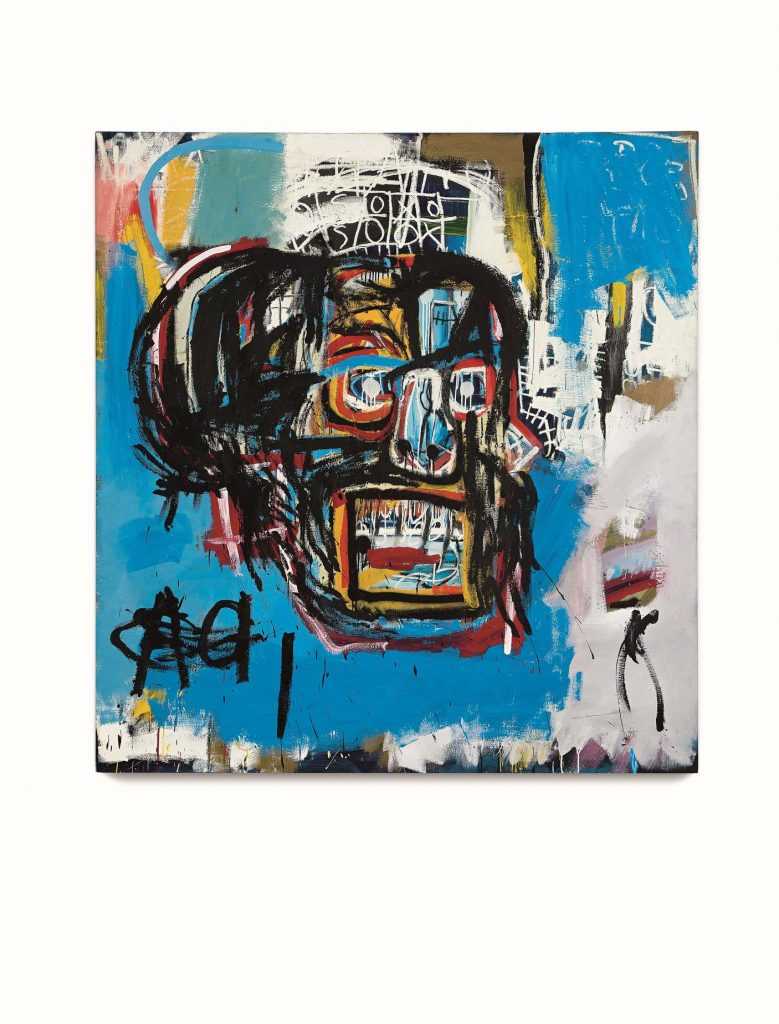 In an unprecedented, world premiere exhibition, the National Gallery of Victoria will present the work of two of the most significant and influential artists of the late twentieth century in Keith Haring | Jean-Michel Basquiat: Crossing Lines. Exclusive to Melbourne, the exhibition will offer new and fascinating insights into their unique visual languages and reveal, for the first time, the many intersections between their lives, practices and ideas. 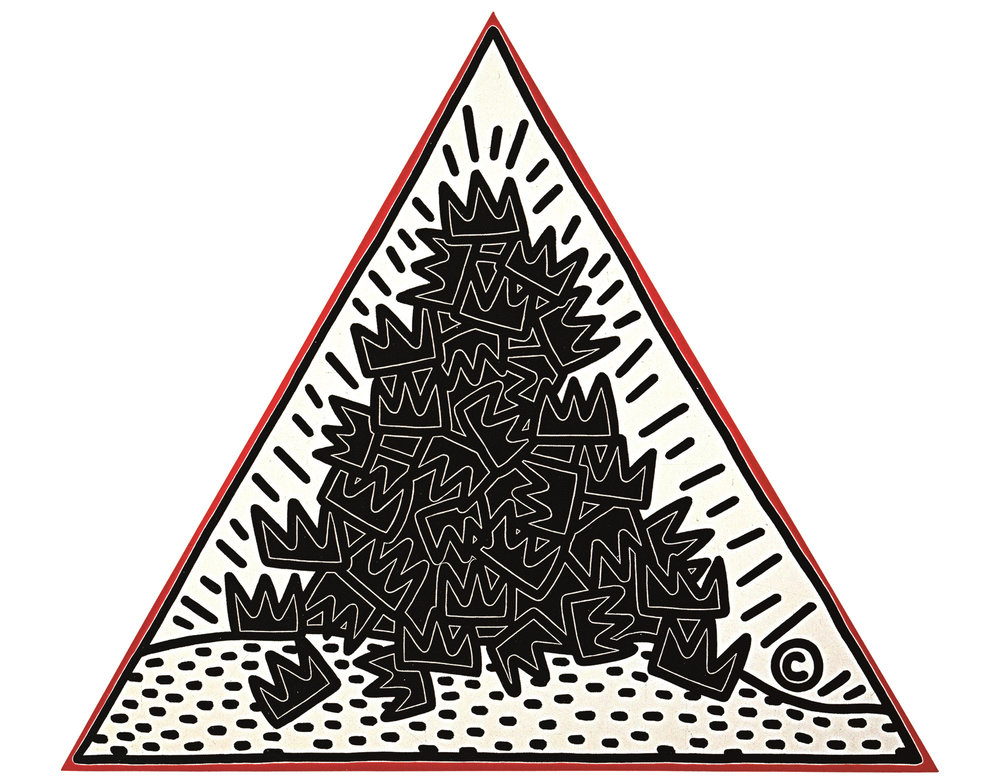 Keith Haring (American 1958-90) and Jean-Michel Basquiat (American 1960-88) changed the art world of the 1980s through their idiosyncratic imagery, radical ideas and complex socio-political commentary, creating an indelible legacy that continues to influence contemporary visual and popular culture today. Each artist is acclaimed for his distinctive visual language, employing signs, symbols and words to convey strong social and political messages in unconventional ways. 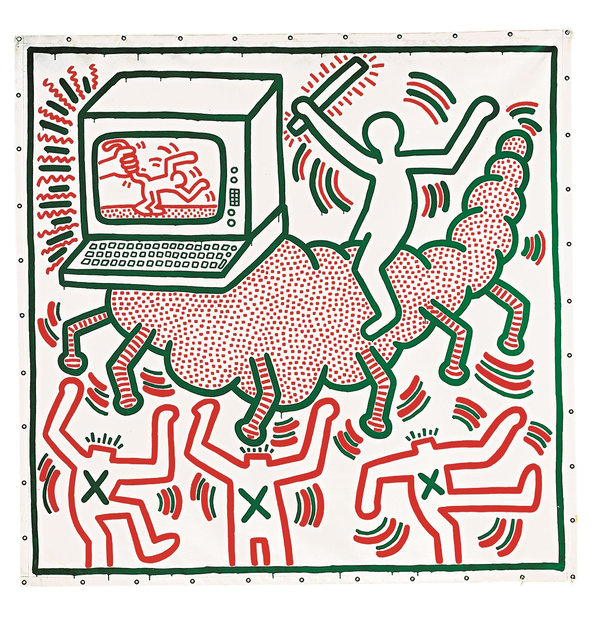 The exhibition will survey each artist’s tragically short, yet prolific career through more than 300 artworks, including works created in public space, painting, sculpture, objects, works on paper, photographs, original notebooks and more. Crossing Lines will provide local and international audiences with a comprehensive insight into each of these influential artists, as well as an understanding of their broader impact, both in the 80s and 90s and continuing today.

Beginning with examples of both artist’s work from the streets and subway stations of New York City, the exhibition presents works from each artist’s first exhibitions, their collaborations with each other, as well as with the likes of Andy Warhol, Grace Jones and Madonna. It continues by presenting some of their most acclaimed artworks, including pieces featuring Basquiat’s crown and head motifs and Haring’s iconic ‘radiant baby’ and dancing figures.

Tony Ellwood AM, Director, NGV said: ‘Haring and Basquiat respectively created powerful and enduring bodies of work rich with symbolic meaning and emotionally-charged political commentary. With works drawn from an array of public and private collections from around the world, this exhibition provides a unique scholarly context for their rise to prominence and lasting influence, firmly embedding them in the lively and diverse social context of 1980s New York.’

‘Haring and Basquiat redefined the role of art in public space and public debate. This exhibition draws out their passionate engagement with social issues, such as racism and the AIDS crisis, revealing the political context underpinning their practices’ 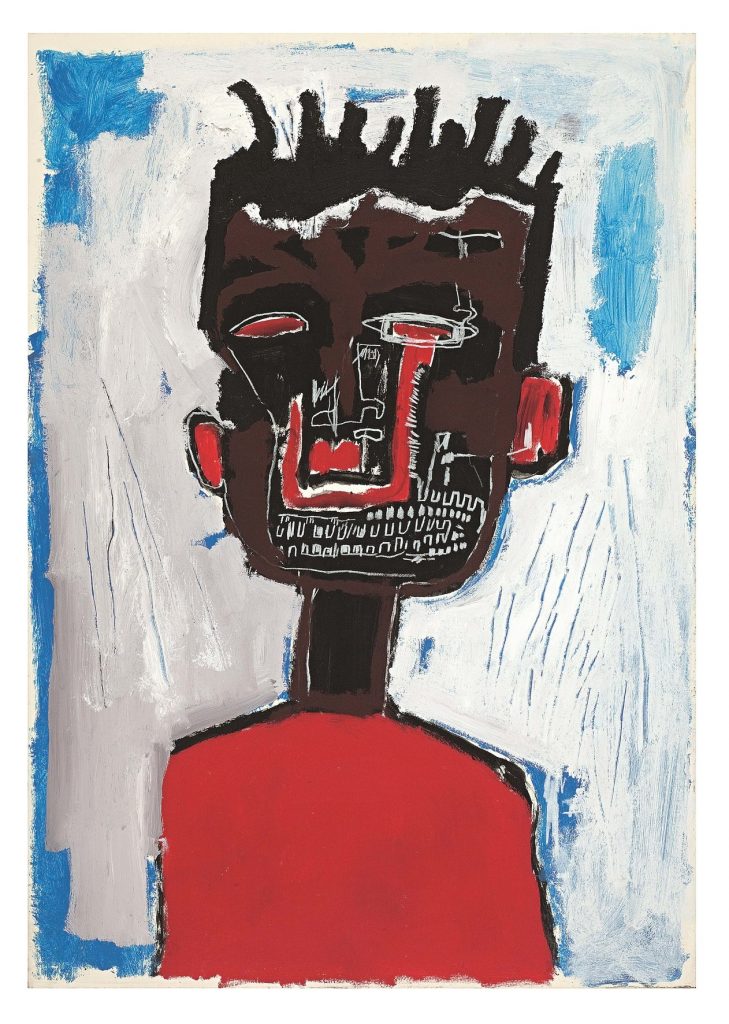 ‘Jean-Michel Basquiat’s artworks combine the explosive visual codes of New York’s streets with universal symbols of humankind, often engaging with political issues, racial criticism, social injustices and consumer capitalism. With their skeleton-like silhouettes, mask-like grimaces and other now renowned visual icons, his compositions drew inspriration from everyday life and popular culture, such as cartoons, children’s drawings and advertising, as well as in Aztec and African Art, and the western art historical canon,’

An exhibition highlight will be Basquiat’s undisputed masterpiece, Untitled, 1982, which depicts a skull, one of the artist’s most acclaimed motifs, against a complex, layered background, the work exemplifies Basquiat’s inimitable use of expressive line, gesture and colour.

‘Keith Haring devoted himself to messages of social justice and change in his paintings, drawings and sculptures. Haring insisted that art was for everybody and brought his unique art vocabulary into public spaces to distribute and democratise his art and ideas,’ 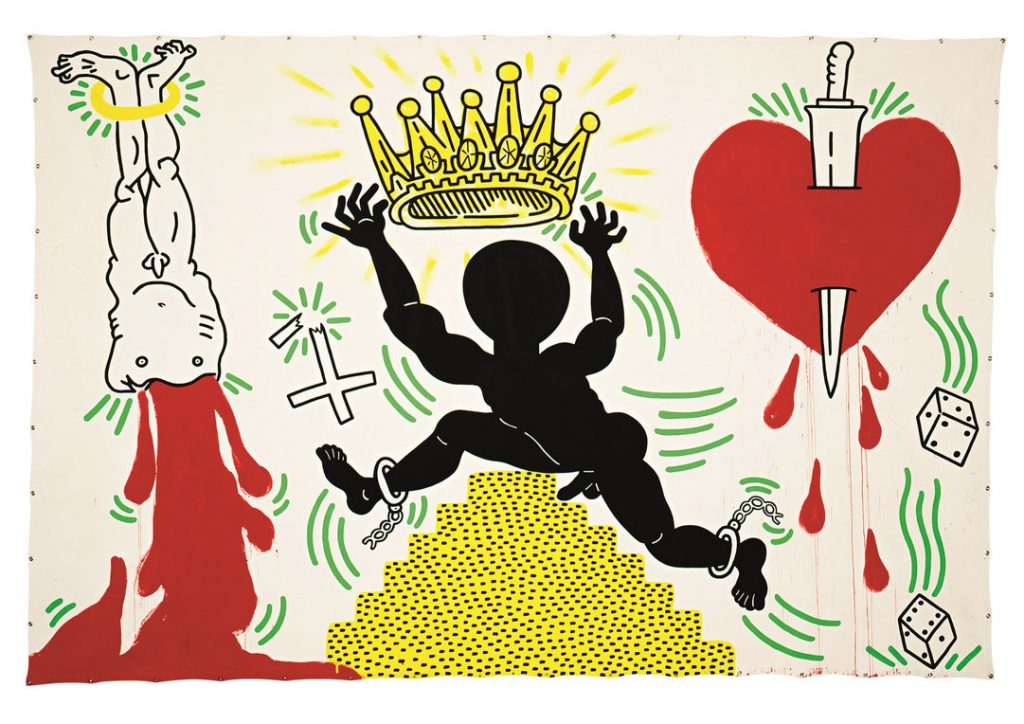 Haring engaged with many social and political causes, and actively fought against prejudice and injustice, raising awareness of the destruction of the environment, the AIDS epidemic, children’s health, the battle to end apartheid in South Africa and many other issues facing humankind and the planet.

Significant artworks by Haring that will feature in this exhibition include his Untitled, 1983, which, through a complex composition of figures, lines and a computer, offers a salient commentary on the rise and eventual domination of mass media and computer technology. The final section of the exhibition will feature Haring’s A Pile of Crowns for Jean-Michel Basquiat, a moving tribute to Basquiat after his friend’s death on August 12, 1988, composed of a pile of Basquiat’s distinctive crowns, made radiant through Haring’s masterful use of line and symbolism. A selection of his signature tarp paintings will also be on display, including Untitled (Australia), 1984, created on his only trip to Australia (during which he also executed his ephemeral water wall mural at NGV International). 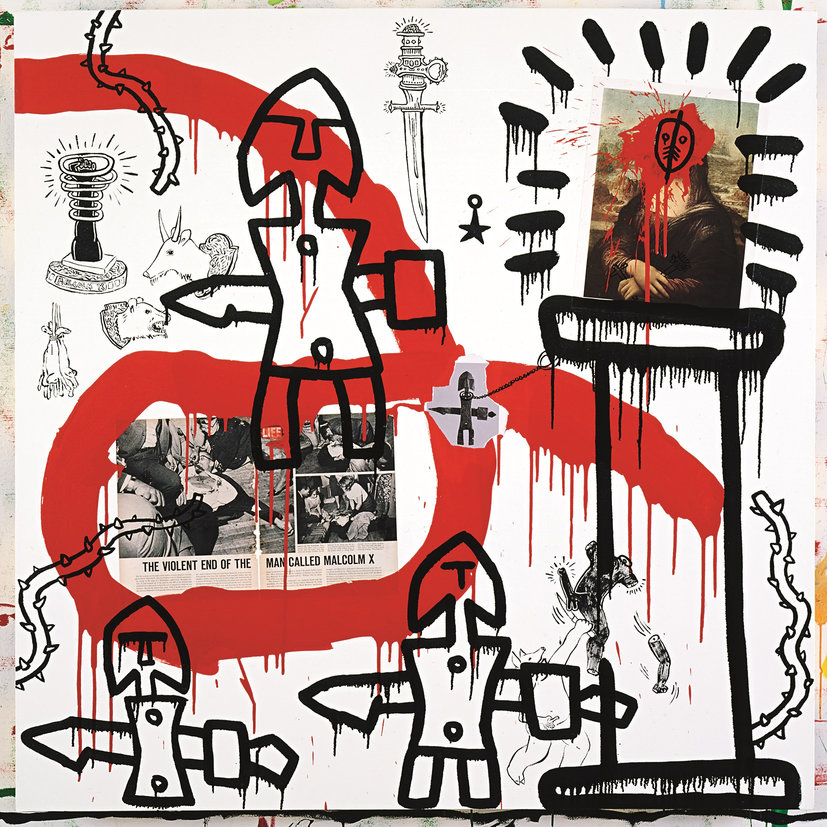