An experience with Urs Fischer’s PLAY is not an encounter with inert objects, but a dance with capricious partners. Nine office chairs of differing colors and with mercurial personalities zoom around a gallery, each inviting the viewer into an impenetrable pas de deux. 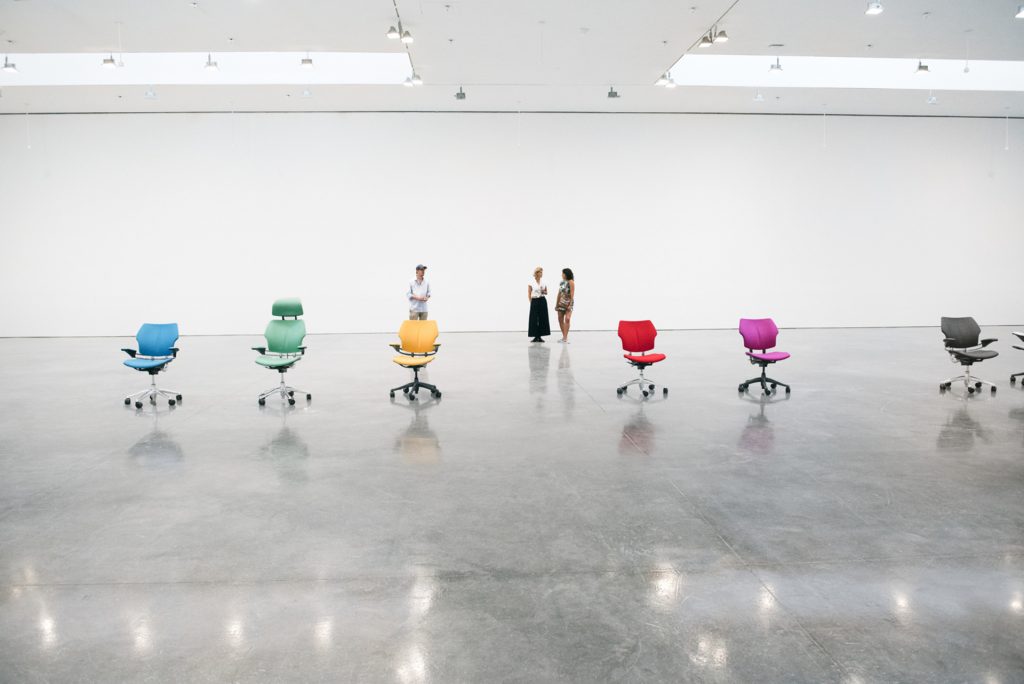 The chairs, constructed masses of wires and sensors, are equipped with a functioning AI that determines and learns from each encounter they have. As the exhibition progresses, their actions will become more and more refined until they eventually become so graceful that their artificial origin can be obscured. PLAY is a technologically advanced work, yet it is one that seeks to transcend the novelty of its creation. As Fischer affirms, “despite the complexity of the parts, the exhibition as a whole is pretty simple. It’s about what you, the viewer, project onto it. It’s not about chairs, it’s about humans.”

PLAY, conceived of by Urs Fischer with choreography by Madeline Hollander, opens on April 25th and runs through June 15th.