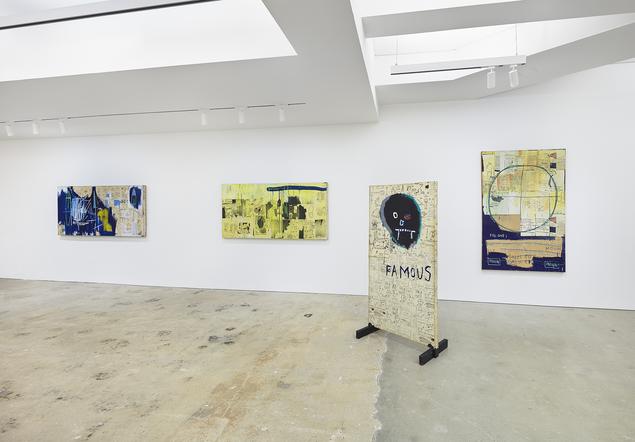 Nahmad Contemporary is showing Jean-Michel Basquiat | Xerox. Curated by Basquiat scholar Dieter Buchhart, the exhibition is the first concentrated examination of the extraordinary body of work that the artist created using Xerox photocopies as his principal medium and compositional focal point. More than 20 historic works—many of which have rarely been exhibited publicly—are accompanied by a trove of Basquiat’s earliest Xeroxed postcards. Presented together, the distinct selection of works unearths a practice rooted in conceptual complexity and striking prescience. 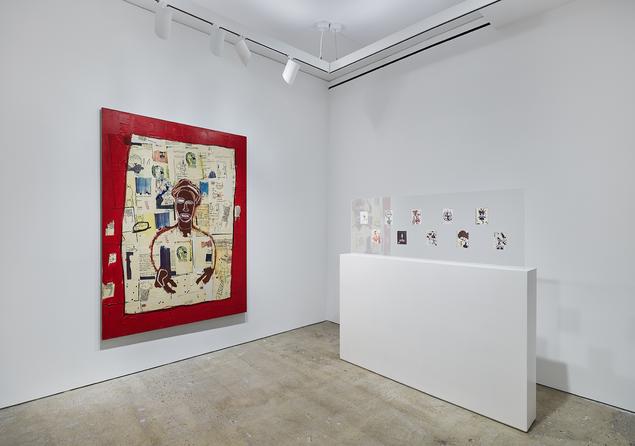 Considered one of the most important artists of the 20th century and a quintessential figure in the neoexpressionist art movement, Jean-Michel Basquiat (b. 1960, New York; d. 1988, New York) is celebrated for his inimitable style that fuses expressive gesture, idiosyncratic figuration and poetic language. Throughout his practice, the artist tirelessly innovated his methods of creation, working beyond traditional means of painting, drawing and sculpture. In this selection of works, Basquiat radically harnessed the possibilities offered by the Xerox machine as a method of production that allowed him unlimited use of motifs from his visual lexicon. 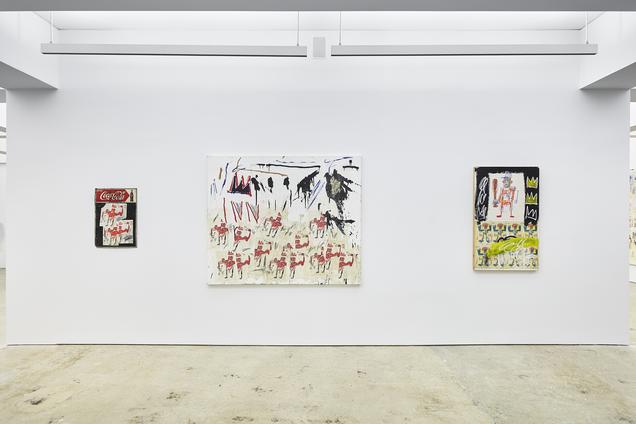 Basquiat’s first foray into Xerox art was a series of small, colorful collages created in 1979 with Jennifer Stein that incorporate paint splatters, scrawled text and found detritus (from candy labels to newspaper clippings), which they photocopied, mounted and sold as art postcards on the streets of New York. It wasn’t until 1983, however, when collage became a defining element of his practice, that Basquiat began to extensively use the photocopier as a tool to create paintings. The process of photocopying became so integral to his practice that he eventually invested in his own color Xerox machine for his studio. He called upon the cut-up technique popularized by Beat Generation writer William S. Burroughs to assemble cut-and-ripped photocopies into large-scale compositions that he overlaid with text, symbols, drawings and found objects.

These immersive, collaged Xerox paintings epitomize Basquiat’s extraordinary capacity for visual language. Their raw, allover compositions incorporate recycled and transformed signs and markings from the artist’s everyday experiences—including motifs from his earlier artworks. From anatomical drawings inspired by a childhood accident to triumphant commemorations of his heroes, the imagery culled from his intimate and vast lexicon rendered the foundation of these complex compositions. And, like an assimilation of collective knowledge, the content deluge in this series presages the copy-paste sampling characteristic of the subsequent Internet and post-Internet generations. Not only do the Xerox paintings position Basquiat as a pioneer of the pre-digital age, but they also demonstrate an unprecedented self-appropriative technique that places him within the annals of conceptual art.

Jean-Michel Basquiat | Xerox is made possible through generous loans from numerous important collections, including the Estate of Jean-Michel Basquiat, and museums and institutions such as the Louis Vuitton Foundation and the Musée d’Art Contemporain de Marseille. 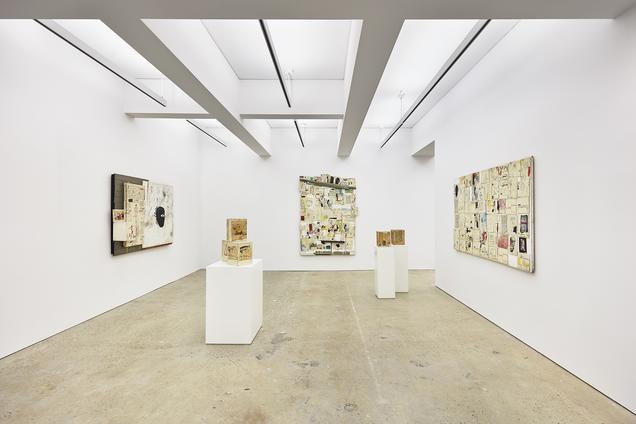