We caught up with New York-based artist Olga Feshina to talk about her art practice and her ongoing series ‘New Tech Girls’ which is being exhibited at Google New York. 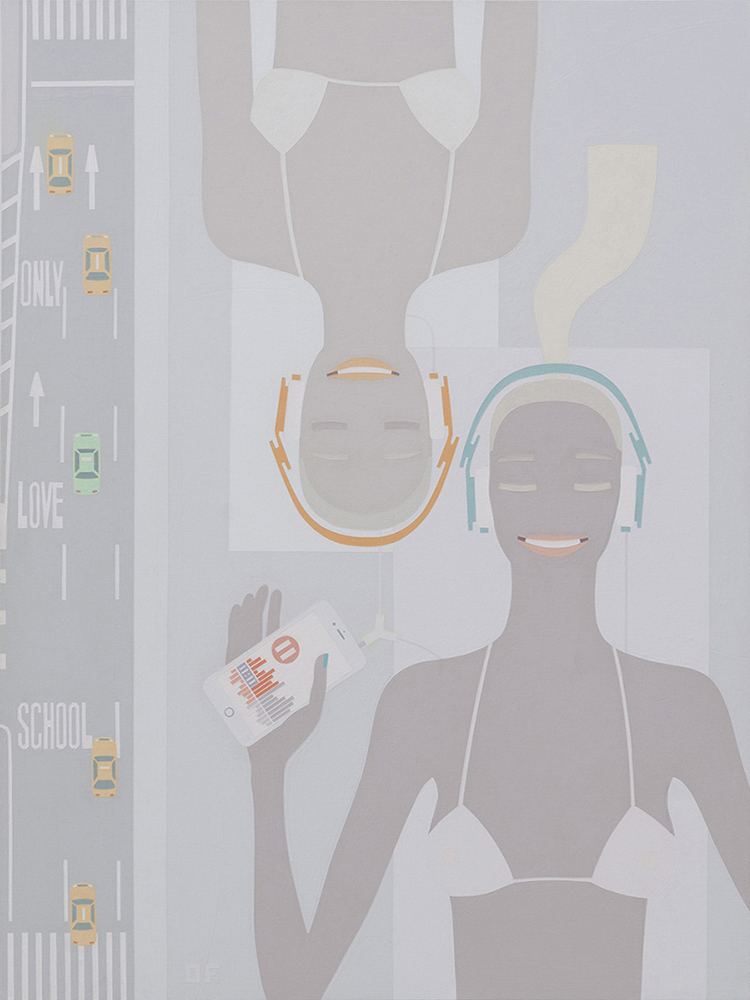 Why are you an artist?
I believe that with my art I can transfer to the other reality, where I can see answers from the Game. I investigate a contemporary situation where girls like most of us are obsessed with tech gadgets. I explore their new gestures and poses in relation to these objects. By making art, I express my attitude through the forms and colours with my pattern. I am not able to change the World, but I can find other parallel perceptions of reality.

2. Can you tell us more about your work and what are the main ideas you would like to express?
In my ongoing series ‘New Tech Girls’, I strive to portray contemporary women who look to understand their inner and external world by means of gadgets and technological innovations. These girls chatting on the speakerphone, launching drones, making films and blogs, using VR and AR technologies, exploring their feminine gist are the ones who have created the selfie revolution. However, they are the same nymphs from classical portraits and genre compositions but with a new personification with new gestures and poses. I depict the inner child of the new tech girl as a baby deer with VR headsets, which is mesmerised and stunned in admiration of the perfection of the virtual world. 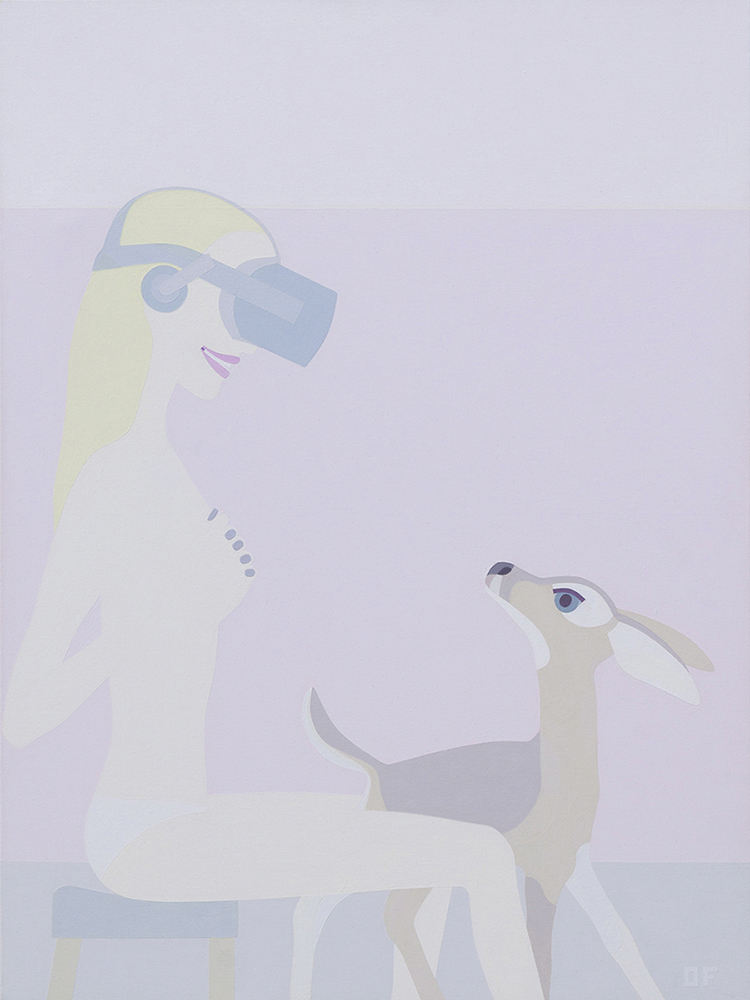 How do you start the process of making work?
I am fascinated with new technologies and gadgets, but don’t use new technology for my paintings. Sometimes I draw a lot of sketches on paper, but sometimes I just throw the contour right on the canvas. I stylise the bodies and generalise facial traits focusing on wide smiles and entranced eyes. Everything is analog: hand-drawn and hand-painted from a sketch to the last brushstroke. By this, I emphasize the difference between analog reality and the virtual one. 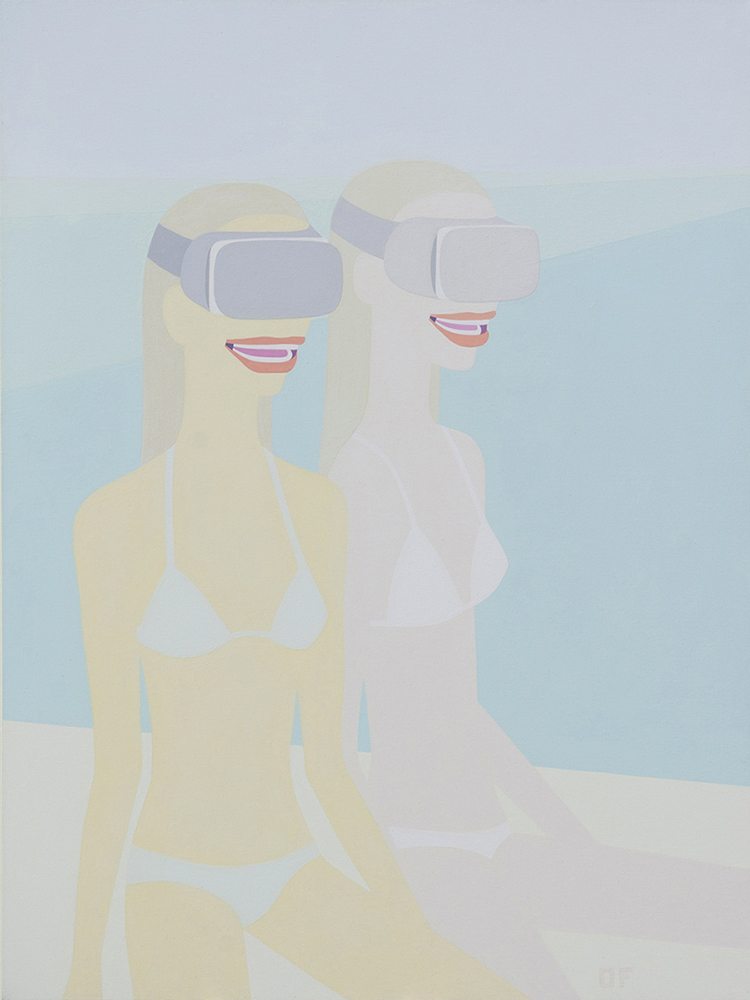 Name 3 artists that have inspired your work.
I am inspired by the portraits of the Renaissance and icon paintings of the past centuries. I admire the classical principles of static and frozen postures and gestures. The artworks of Henri Matisse, Andy Warhol, Walter Disney, David Hockney, Alex Katz make me happy.

Can you explain ‘contemporary tech reality’?
Contemporary tech reality is a convenient instrument that helps us to connect with our inner and external world. VR headset seem to be the symbol of the tech present. I saw it for the first time more than ten years ago, and it was an odd thing with visual effects. Now it can show us the whole universe.

Nevertheless, using a lot of tech can sometimes make us afraid to lose our ability to perceive and understand reality. In the past, the virtual reality existed only in the movies or the TV screens and there used to be a distance between it and us. We would stay in the comfort zone as if watching the events from outside. Now when we put on the headset, we sink down into a new reality, which is right on the tip of your nose. It parallels a meditative state – the deeper you get into your inner world, the more harmony you discover, which is reflected in the outside world.

6. When do you feel Real?
When I make art with high vibrations, I feel real. Frankly, any creation with consciousness gives me a feeling of reality, either drawing in VR or painting on canvas.

7. If people want to see your work where should they go?
You can catch my exhibition New Tech Girls at Google New York curated by collector and curator Megan Green. It brings me great joy that thousands of people who work within the tech world can see my work. 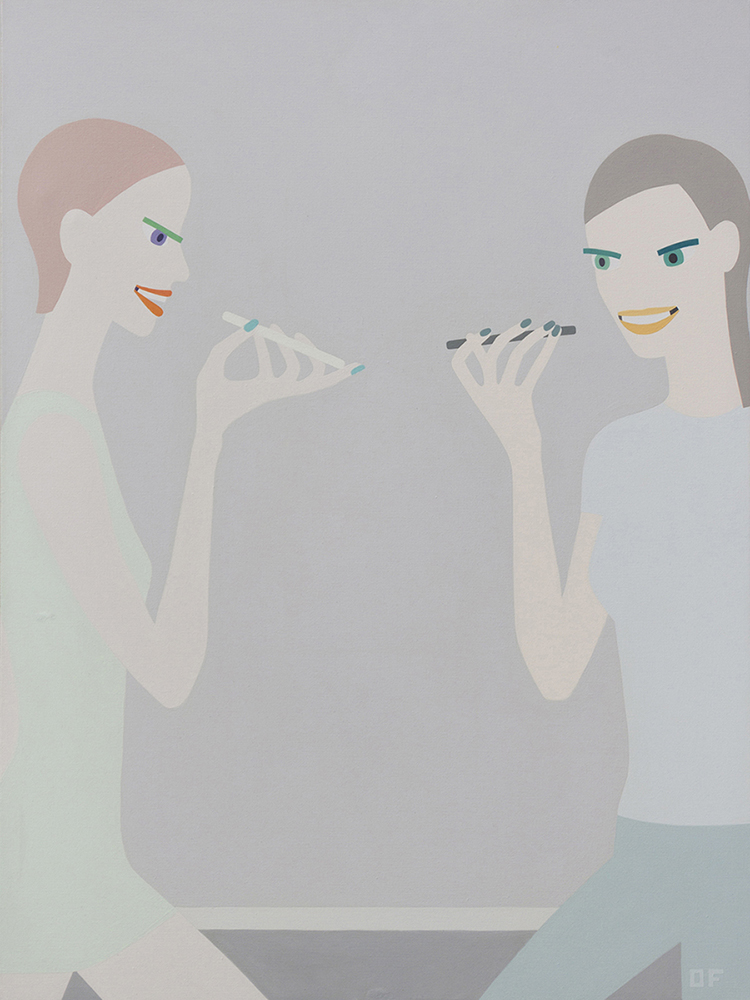 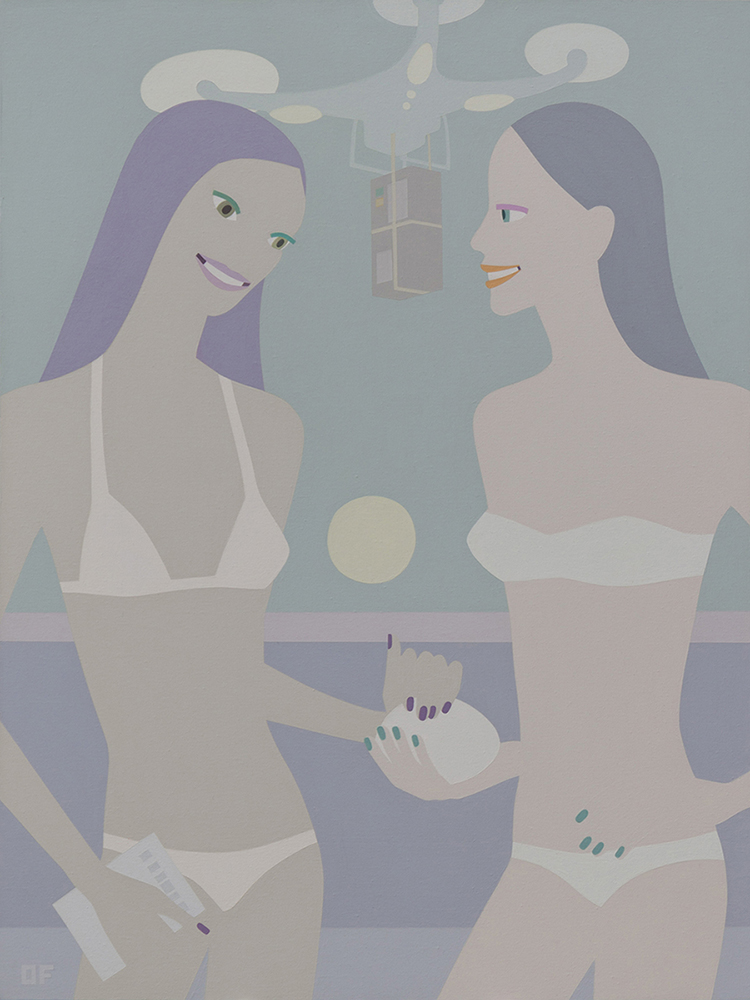 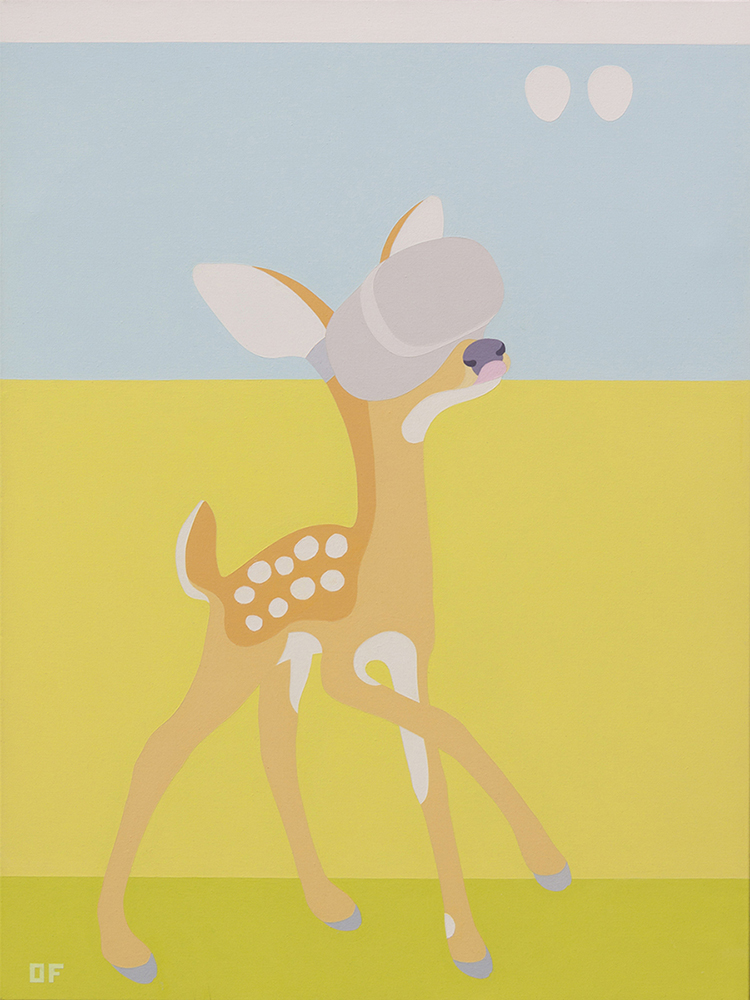 About the artist
Olga Feshina was primarily known as a fashion designer who created the first chess sport uniform in the World for the International Chess Federation FIDE which was presented in Cannes, France, in 2001.
She has always been interested in the progress of technology on the contemporary woman. In 2000 at Moscow Museum of Architecture during a performance, ‘She offered an egg as the symbol of the Internet where women appeared holding Apple iBooks sporting vinyl tattoos with Internet addresses. In 2011 she exhibited at Mercedes-Benz Fashion Week Moscow with a romantic Yoga Fashion performance. She was born in Kazakhstan, lived in Moscow and is now based in New York.