Nan Goldin and Sackler P.A.I.N., are planning a large-scale protest outside the Metropolitan Museum of Art in New York today February 9 at 7.p.m.—and they have called on the public to join in. 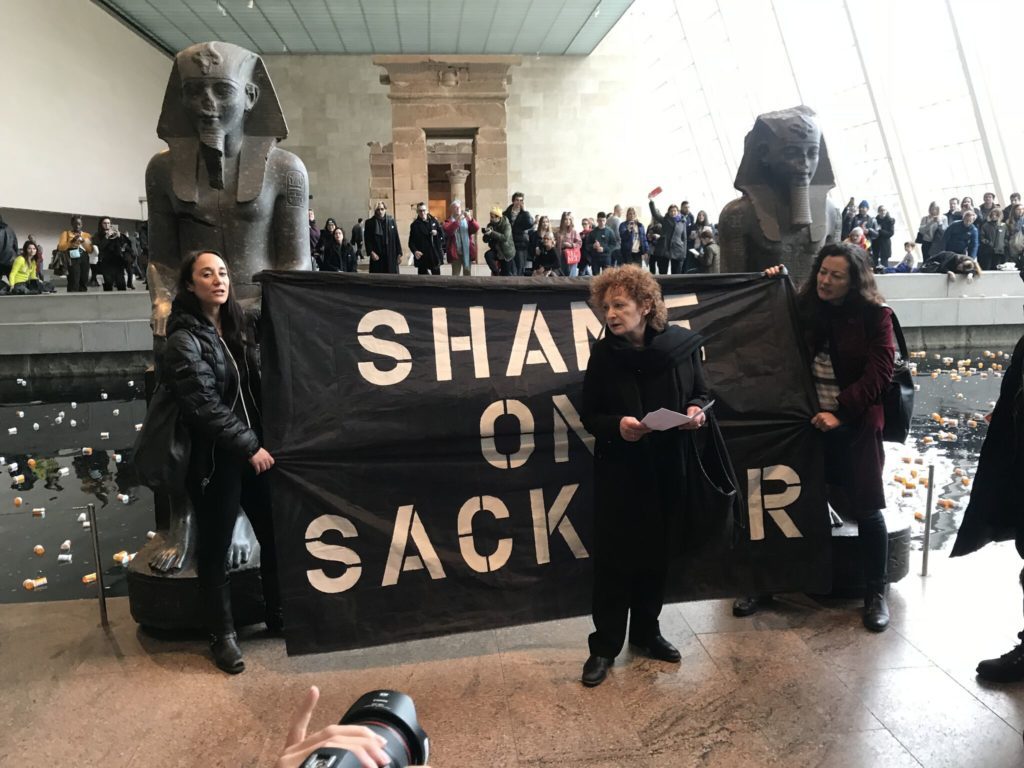 In an escalation of their campaign against museums that have benefited from the Sacklers’ philanthropy, the group now wants everyone to join Saturday’s demonstration. The activist-artist appealed for New Yorkers to join the protest via her Instagram account today.

“We’ve been knocking on their doors for a year and not a single museum has denounced the Sacklers, taken down their name, or publicly refused their funding,”

Goldin, the founder of P.A.I.N. (Prescription Addiction Intervention Now), hopes to increase pressure on the museum, which recently announced that it was reviewing its fundraising policy amid calls for members of the Sackler family to take responsibility for the ongoing opioid crisis in the US. This is the first open call the group has made since it was founded in January last year. Usually, its direct actions are covert operations that take institutions by surprise. P.A.I.N. has staged multiple protests so far, including a “die-in” at the Met, and similar demonstrations at the Harvard Art Museums and the Freer-Sackler Gallery in Washington, DC.

We’ve been knocking on their doors for a year and not a single museum has denounced the Sacklers, taken down their name, or publicly refused their funding. Time’s up. Join us tomorrow, 2/9 at 7pm on the front steps of The Met to demand action and accountability. Bring your voices and your signs. #ShameOnSackler #TakeDownTheirName #SacklerPain #OpioidCrisis