Better To Transport is a tricycle made from recycled materials. Design Academy Eindhoven graduate Thomas Hoogewerf created the Better To Transport tricycle as his final project after spending some time in Mexico City as an intern during his degree. The main elements of the tricycle are made from recycled plastic, with additional metal supports for stability, which can also be made directly from waste. The aim is for the bike to be produced locally and at the lowest possible cost. 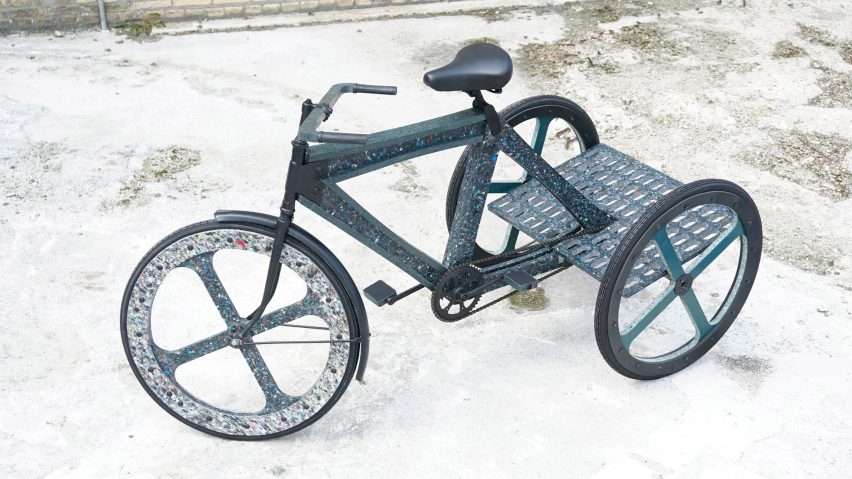 Mexico City is notorious for its heavy traffic, with many commuters sitting in jams for hours every day. Hoogewerf also discovered that the city was producing a large amount of plastic waste. He began his project by documenting the different ways plastic was used in the city. He chose to create a tricycle as a direct response to Mexico City’s transport issues. Cycles offer a cheaper, cleaner alternative to cars and can be used to avoid the major delays on the city’s roads.

The designs for the tricycle and the machinery needed to make it are available to download from an OpenWiki page to make them more accessible and can be adapted to suit different environments.

The page includes projected costs and parts lists, and users can also share their own experiences and tips for making the bike. 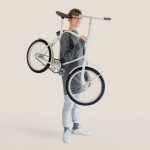 David Roman Lieshout exhibited his ‘Corridor bicycle’ at at the Design Academy Eindhoven graduation show. The idea behind his project was to create a bike that was designed to fit, (like the name suggests) in a corridor 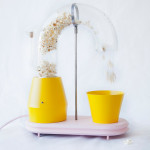 This is a very FAD way to make Popcorn :)