Steve McQueen's Widows: heist movie feels like a strange move for this director – but it isn't - FAD Magazine
Skip to content 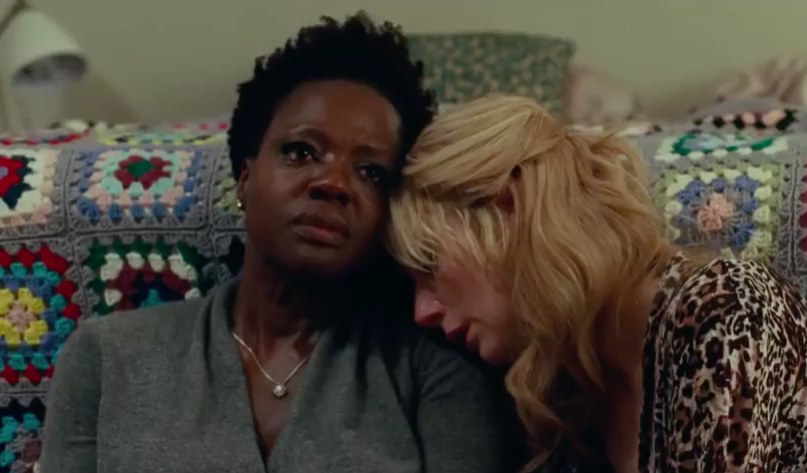 At first glance, Widows feels like a strange pick for a director like Steve McQueen. His first film Hunger (2008) was a sensitive drama about a hunger striker nearing the end of his life. He followed this with Shame (2011), an equally sombre narrative of a man living with sex addiction in New York. Third in the sequence was 12 Years A Slave, the celebrated account of a free African American taken into slavery which won the Oscar for Best Picture in 2014. So what’s next for McQueen? A heist movie.

In Widows, McQueen adapts Lynda La Plante’s 1983 ITV series of the same name – much to the surprise of La Plante herself. The movie condenses the original series’ six hours into 129 minutes and relocates the action from a downbeat London to contemporary Chicago.

Since McQueen is noted as a director of contemplative arthouse films, his venture into an action mode such as the heist movie comes initially as a shock. It is as if James Joyce had followed up his fictional experiment in Ulysses by writing a thriller, or Henry James had topped off his complex novels of moral exploration with a western.

Some thought, however, discloses connections between Widows and McQueen’s earlier directorial work. To be sure, the new movie is louder, brasher and more densely plotted – but it’s possible to identify continuities, both formal and thematic, with his other films.

Auteur theory, emerging in the 1950s during the “New Wave” of French cinema, proposes that film directors be considered as equivalent to literary creators. Just as authorship of Emma is ascribed to Jane Austen, so, broadly speaking, authorship of a film should be credited to its director.

And in the same way that Austen’s distinctive authorial personality is also to be observed in Pride and Prejudice, a given director’s particular practices and preoccupations bind together the films they have made. The Coen Brothers, for example, have made westerns, screwball comedies, gangster movies and film noirs. Unifying their work, however, are features such as stylised dialogue and playful experiment with genre conventions.

Viewed from this perspective, Widows is still recognisably “a Steve McQueen film” in having a rapport with his three previous features. Thematically, it is another in his series of explorations of characters who in various ways are on the edge. Here, four women find themselves not only bereaved following their husbands’ deaths in a heist gone wrong, but facing violence and ruin.

Stylistically, too, some of McQueen’s signature strategies are apparent in Widows. Running counter to action cinema’s hectic movement, his camera here is sometimes still – as in the previous three features. Like Shame’s opening shot of its sexually addicted protagonist (played by Michael Fassbender), Widows begins silently in a bedroom of subdued colour. The static image again allows reflection on detail. A daring long take later in the film, featuring the mercenary politician Jack Mulligan (Colin Farrell), reveals American racial and class hierarchies as effectively as does the painfully sustained shot of the protagonist’s near-lynching in 12 Years a Slave.

The filmmaker and the system

On Armistice Day a small commemoration, important to cinema, took place. November 11 2018 marked the 60th anniversary of the death of the influential French film critic André Bazin. Mentor to the young filmmakers of the “New Wave”, Bazin had also a tempering effect upon their wilder enthusiasms. In particular, he had sober things to say about film authorship that should prompt us to look again at McQueen’s Widows.

In his 1957 essay, La politique des auteurs, Bazin resists the cult of the director. He warns against assessing any new movie in terms of “the aesthetic portrait of the filmmaker deduced from his previous films”. What matters for Bazin is “not only the talent of this or that film-maker”, but the larger “tradition” or “system” within which their work takes its place. This is an insight spurring us to think less about the relationship between Widows and previous movies Hunger or Shame than about how it relates to the heist genre – not least the 1983 TV series it adapts.

To watch La Plante’s original now is potentially to be lulled into nostalgia, with period details extending from new-fangled jacuzzis to pubs filled with cigarette smoke. But at the same time it is apparent that the template of the heist drama is being used in order to trace and evaluate social changes. Most important of these is the emergence of Thatcherism. The women at the centre of the series are not only feminist heroines, but Thatcherite examples of self-reliant entrepreneurs going their own way.

McQueen’s adaptation similarly finds in the heist narrative openings for social exploration. The African American neighbourhood where much of the action takes place resembles what sociologist Loïc Wacquant calls “the hyperghetto”, characterised by a lack of economic opportunity and the decay of former moral centres (such as the black church). Similarly, Marcus, the son of the central figure in Widows Veronica Rawlings (Viola Davis), is the victim of a police shooting – aligning the film with the timely and urgent concerns of #BlackLivesMatter. The women’s energy and power rebuke the sexist America of Donald Trump and Harvey Weinstein.

Observing such things in this recasting of Widows frees us from worrying narrowly about how it adds to the canon of McQueen’s films and permits us instead to think of it enriching a genre. Like La Plante and many others before him, McQueen raids the heist drama for political commentary as well as for dynamic action.