Rammellzee: A Roll of Dice - FAD Magazine
Skip to content 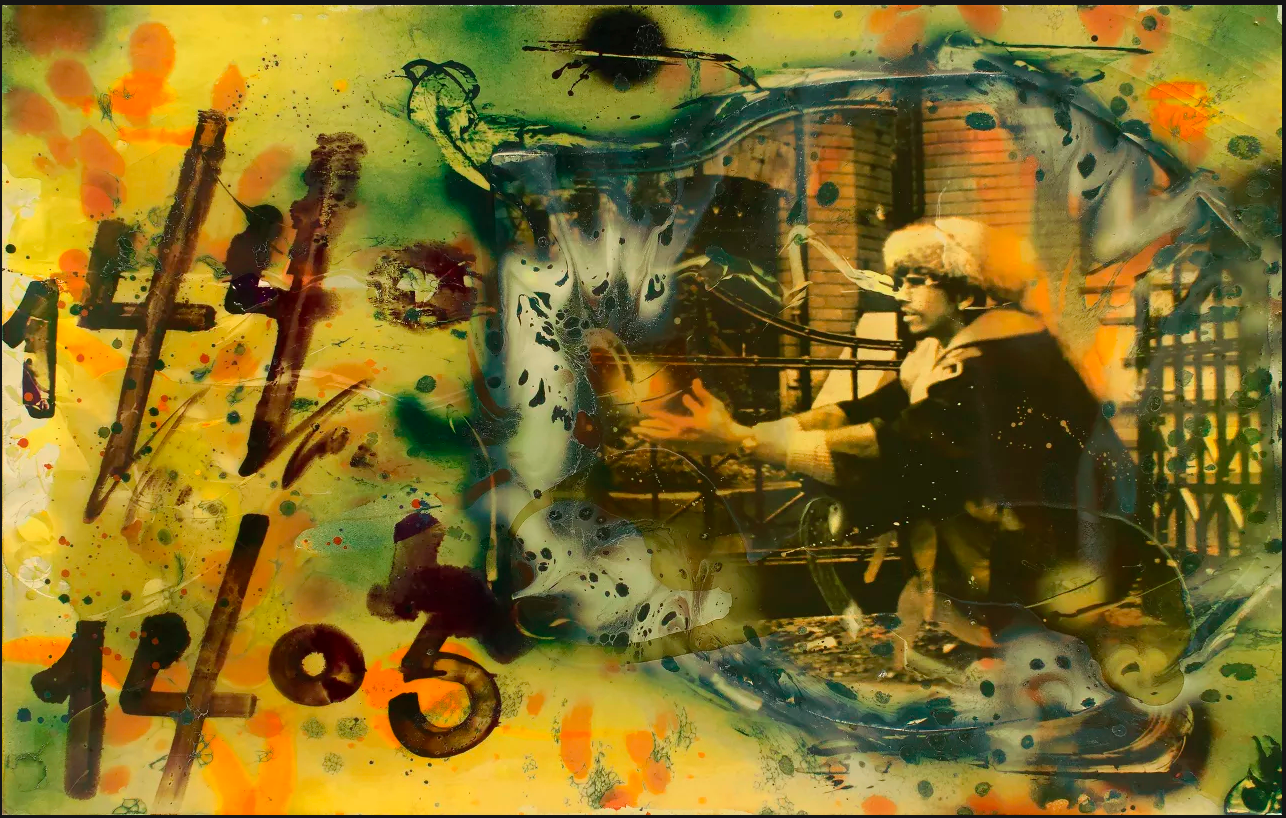 There are very few artists that could claim to be truly original and even fewer that could prove it, but no truer a word could be said than when referring to Rammellzee. A revolutionary innovator and polymath lightyears ahead of his time Rammellzee was a pioneering figure in early hip-hop and graffiti culture. From spraying subway trains in Far Rockaway, Queens as a kid, to hanging out with Basquiat and featuring in seminal films such as ‘Wild Style’ and ‘Downtown 81’, Rammellzee’s career transcended the restraints of most artistic practices to become a living work of art.

Artist, rapper, actor, philosopher Ramm was a jack of all trades and master of them too. He lived his art and adopted personas to act it out, which involved elaborate costumes and objects alchemically constructed from junk and found objects. His home/studio ‘Battlestation’, in the TriBeCa neighbourhood of NYC became a full-tilt installation based around his fantastical universe of gothic-futurism.

The buttoned-up Georgian townhouse in Mayfair, where Lazinc is based, feels a million miles away from where Ramm’s work was intended to be. It has so much energy and movement that it looks as if some kind of intergalactic infection has grown on the walls and period features of the gallery. Canvases, tapestries and sculpture adorn two floors, giving an insight into the “mathematical equation that is Rammellzee”. His idiosyncratic use of colour, form, typography and collage is an obvious influence on the majority of modern street art, but — unlike those influenced by him — it consistently avoids clunky cliches.

His thickly lacquered, neon explosions are filled with notions of mortality. The picture ‘Tower’s of Panzerism Mega Stroke’ contains three tombstones: one for Basquiat, one for Warhol and one for the artist. ‘Atomic Note Maestro Atmosferic’ features florescent yellow circles forming a diagrammatic map of the damage to his liver contracted from the toxic materials used in creating the work. The resins, glues and paint fumes that filled the air in ‘Battlestation’ took their toll over the years and resulted in heart disease that would eventually lead to the artist’s death. 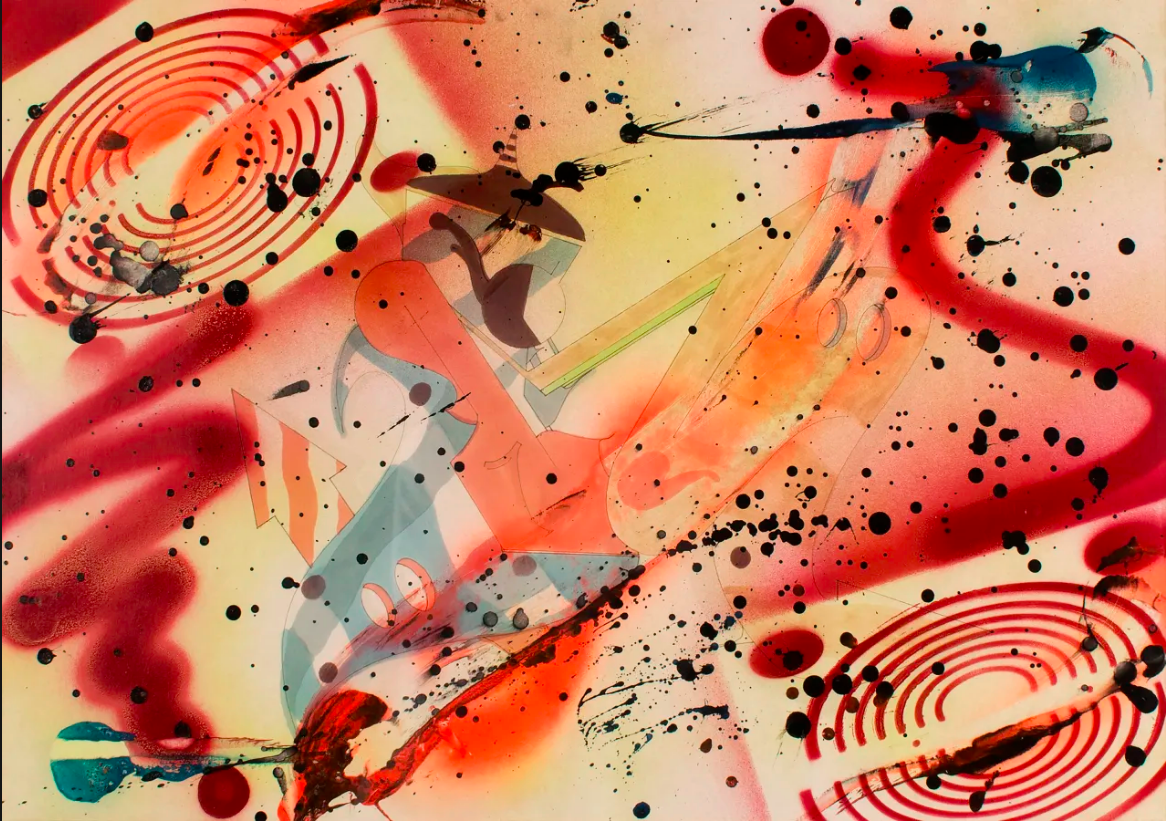 Although there are deeply affecting undertones to the exhibition, above all, it is most definitely a celebration of life. The self-portraiture in the collage pieces ‘How to Make a Bomb’ and ‘The Criminal Minds’ are depictions of a life filled with hyperactivity and overwhelming imagination. Energy exudes from the work with each piece becoming an appendage to his omnipotent existence. The pictures flow harmoniously with each other forming a visual representation of extraterrestrial ‘boom bap’ hip-hop. 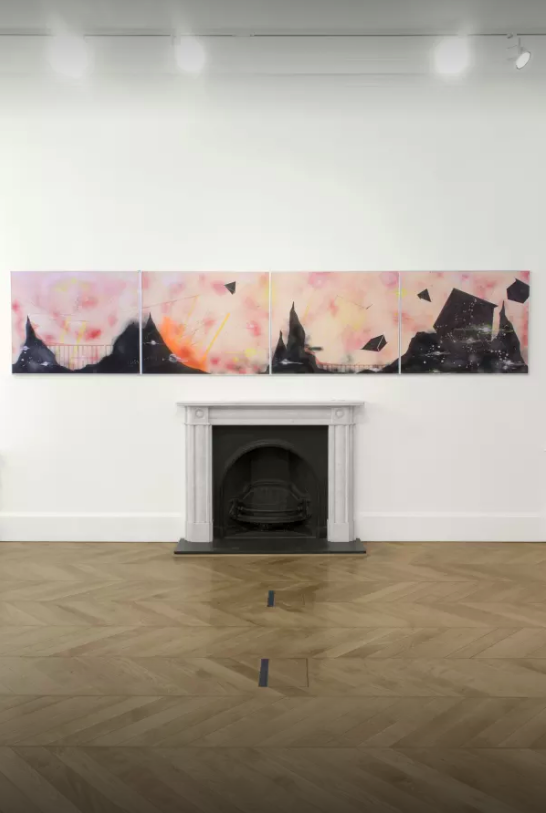 The exhibition is an interesting insight into the world of a truly original and harbinger of street art. The works are loaded with emotion and movement and it is humbling to see them in the flesh. Although it is difficult to find fault when referring to Rammellzee, perhaps this show is not extensive enough?—?inclusion of the costumes, that make up his 25 known personas, or his ‘Armed Letter Racers’ would have added an extra dimension?—?considering how much work he made throughout his lifetime.

The pieces in the show are all remarkable but some pale in comparison to his more sculptural creations that are not present — you are left feeling that the gallery just grabbed what they could and put it on display, as opposed to planning and executing a comprehensive retrospective. It’s vaguely unsatisfying, as the space is large enough to have created more of a fully immersive experience.

However, for the ardent follower of the ‘cult of Rammellzee’ or the curious prospective recruit, the show won’t disappoint as a good jumping off point to explore his extensive universe.

The show runs until the 8th of December at Lazinc in mayfair.