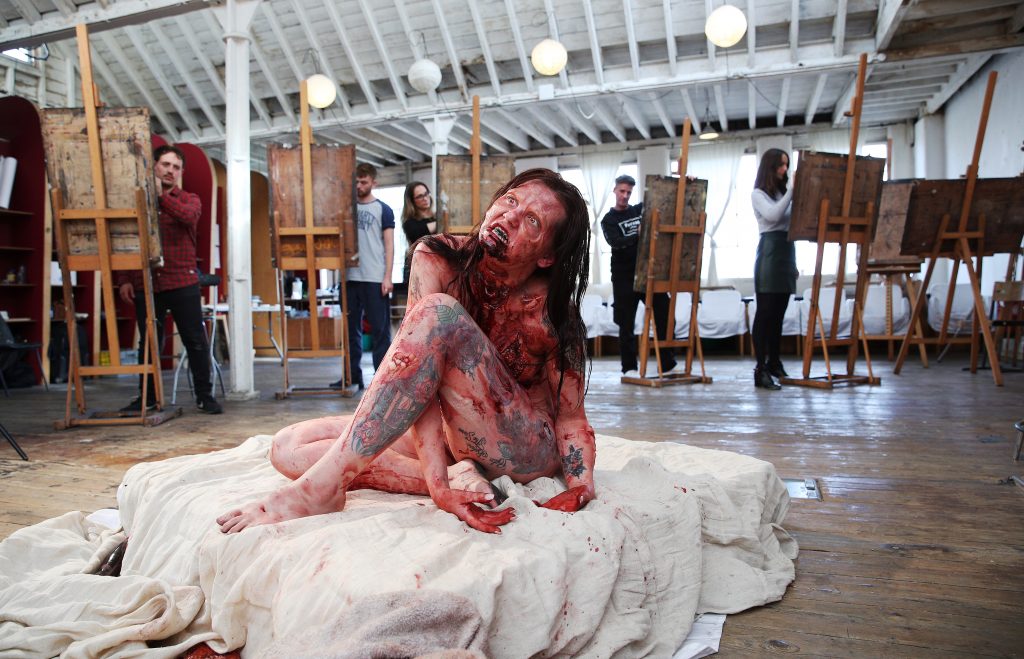 Fans of the show are being offered a chance to have their work displayed in the gallery, alongside cash prizes for the top 20. Following the theme of ‘favourite moments’ from the television series, artists will be able to see if they have what it takes to bring the undead to life, whether that’s through recreating a favourite scene or depicting past and present characters in true fan-art glory.

FOX are looking for hopefuls to get as creative as possible, and are not restricting this simply to drawings – encouraging any kind of static artwork, including sculptures and installations too. It’s a chance to think outside of the quarantine and celebrate The Walking Dead.

It’s been eight years since the cult series kicked off in October 2010, with plenty of memorable moments filling the last 8 seasons, from Rick’s defiant horseback ride into Atlanta in the first episode, through to Negan’s terrifying recent reign over the group of survivors. There’s plenty of powerful and heart-wrenching scenes to choose from for inspiration and some incredible and complex characters such as Glenn, Daryl, Carol, Negan… and even Lucille.

Last season brought the culmination of “All Out War”, which pitted Rick Grimes and his group of survivors against the Saviors and their cunning leader, Negan. Now, we see our survivors a year and a half later, rebuilding civilisation under Rick’s steadfast leadership – but the world they knew is rapidly changing.

The judging panel are looking for incredible pieces of artwork that captures fan favourite The Walking Dead moments in creative and colourful ways, displaying the unrivalled passion and love for this show. The Walking Dead’s very own Greg Nicotero, Executive Producer, Director and Special FX Make-Up Designer, , will be on the judging panel and deciding the overall winners.

Up to 20 pieces of artwork will be selected and featured across FOX’s social channels and in a pop-up exhibition in London, with the overall winner receiving up to £2,000.

The exhibition will display the very best artwork submitted, including the weird and wonderful, with some horrifying immersive elements thrown in for good measure. More details on this event will be released in early 2019

Entry for the competition is now open. For more details, T&C’s and to enter, visit TWDfanart.co.uk

ABOUT THE WALKING DEAD SEASON 9
Last season brought the culmination of “All Out War,” which pitted Rick Grimes and his group of survivors against the Saviors and their cunning leader, Negan. With Negan’s life in his hands, Rick had a character-defining choice in front of him. By making the unilateral decision to spare Negan, Rick upheld the values his late son, Carl, championed in order to build for the future, but created conflict within his group.

Now, we see our survivors a year and a half after the end of the war, rebuilding civilisation under Rick’s steadfast leadership. It is a time of relative peace among the communities as they work together, looking to the past to forge the future, but the world they knew is rapidly changing as man-made structures continue to degrade, and nature takes over, changing the landscape and creating new challenges for our survivors.

As time passes, the communities confront unexpected obstacles, danger, and of course, walkers, but nothing quite prepares them for the formidable force they are about to encounter, which threatens the very idea of civilisation that our survivors have worked so hard to build.