Dasha (2018) is a larger-than-life-size wax candle depicting Dasha Zhukova, a personal friend of the artist. Cast entirely in wax, she wears a pink dress and is seated in a chair. A wick at the top of her head will be lit, and the candle will slowly melt over the course of the exhibition. Additional wicks strategically placed on the figure will be lit until the sculpture is reduced to a pile of wax drippings. 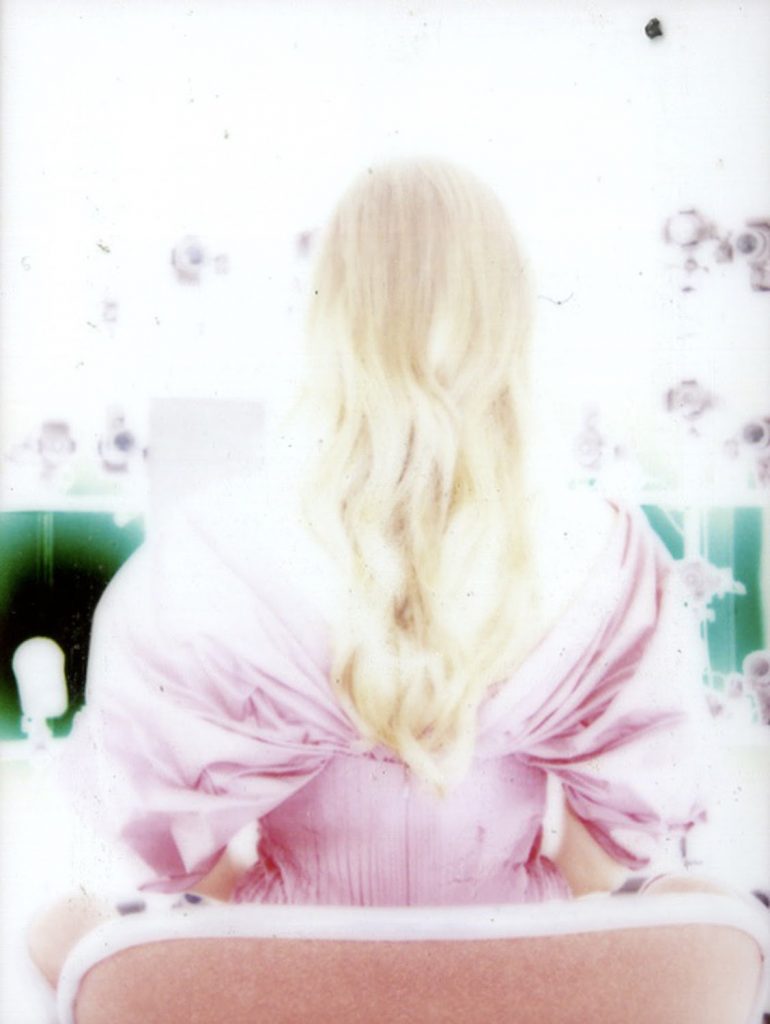 Fischer’s candle sculptures are captivating in their materiality and haunting in their implications; they serve as both portraits and meditations on time and gravity, life and death. As with traditional memento mori, viewers are reminded of the transience of life, beauty, and even art. Fischer began to make the candles in the early 2000s, with a series of crudely rendered female nudes, standing upright or lounging in groups. After a period of sustained research into mold making and casting, he began to make more realistic figurative candles that could burn for several months at a time, such as Untitled (2011), which included a full-size replica of Giambologna’s sixteenth-century sculpture The Rape of the Sabine Women, and Marsupiale (Fabrizio) (2017), a hybrid of the Florentine antique dealer Fabrizio Moretti and an oversize bust of St. Leonard. The figure of Moretti was cast in red wax, and wicks placed in order that it would melt into the white bust, which remained intact and unburned, leaving a bloody wound across the patron saint of prisoners.

#UrsFischerDasha: Join us tonight for the opening of "Urs Fischer: Dasha" at Gagosian Davies Street, London, 6–8pm. • "Dasha" is a larger-than-life-size wax candle depicting Dasha Zhukova, a personal friend of the artist. Cast entirely in wax, she wears a pink dress and is seated in a chair. A wick at the top of her head will be lit, and the candle will slowly melt over the course of the exhibition. Follow the link in our bio to read more. ___________ #UrsFischer #Gagosian (1) Urs Fischer, "Dasha," 2018 © Urs Fischer. Photo: Stefan Altenburger (2) Installation view, "Urs Fischer: Dasha," Gagosian Davies Street, London, September 12–November 3, 2018 © Urs Fischer. Photo: Lucy Dawkins