Universal Pictures’ First Man, directed by Damien Chazelle will open the 75th Venice International Film Festival. The full program of the festival will be announced shortly by Alberto Barbera, the director.

After kicking-off the Venice International Film Festival of 2016 with La La Land, Damien Chazelle (also appraised for Whiplash) will return this year with First Man, the biopic about Neil Armstrong. Not casually, the announcement of the world premiere of the film came on the eve of 49th anniversary of the Apollo 11 landing on the moon.

The movie, based on the book First Man: The Life of Neil A. Armstrong by James R. Hansen, will retrace NASA’s operation to bring a man on the moon. Leading up to the Apollo 11 moon-landing mission of 1969, First Man will focus on the figure of Armstrong in the years 1961-1969.

The Oscar®-winning director Damien Chazelle couldn’t restrain himself from showing his gratefulness.

“I am humbled by Venice’s invitation and am thrilled to return. It feels especially poignant to share this news so close to the moon landing’s anniversary. I eagerly look forward to bringing the film to the festival.”

Alberto Barbera was thrilled as well as he announced the screening of Chazelle’s movie .

“It is a true privilege to present the world premiere of Damien Chazelle’s new, highly-awaited film. It is a very personal, original and compelling piece of work, wonderfully unexpected within the context of present day epic films, and a confirmation of the great talent of one of the most important contemporary directors of American cinema. Our gratitude goes to Universal Pictures for premiering First Man at the 75th Venice Film Festival.”

First Man will be shown in its world premiere screening on Wednesday August 29th, in the Sala Grande at the Palazzo del Cinema on the Lido di Venezia. The international competition will run August 29 – September 8, 2018, directed by Alberto Barbera and organized by the Biennale di Venezia, chaired by Paolo Baratta. 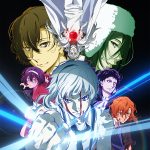 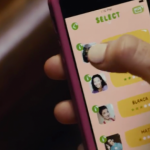 Texting is tacky. Calling is awkward. Email is old. Next time try Somebody — an app created by Miranda July with support from Miu Miu.