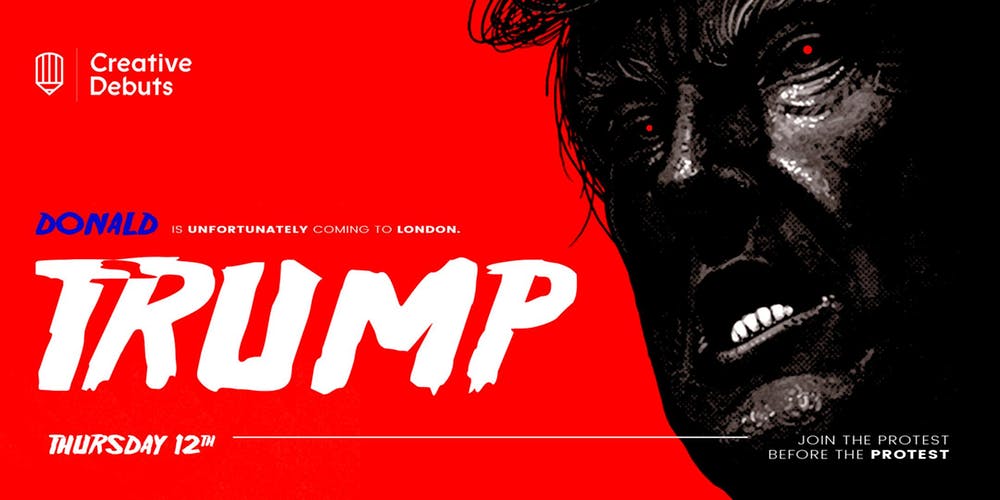 The exhibition celebrates a specially curated range of contemporary artwork including photography, sculpture, craft, fine art, and film whilst raising money for End Violence Against Women on Thursday 12th July, the night before the organised protests.

Whilst the original state visit has been stepped down to a presidential visit, the creative communities are determined to show their discontent with his UK visit and the hate crimes he has instigated towards those who have been persecuted since he took office.

“His attack on the transgender community serving in the American forces was one of the biggest blows delivered to that community; 29 transgender women were killed in 2017 in the state of Alabama alone. “

said Julio César Osorio, one of the featured artists, speaking about his reasons for being part of this unique artists collaboration.

Julio, a self-taught painter, was appalled at the tactics that Trump used to rally support and win votes in the US elections.

“My piece titled: A TRAMP WITHOUT RAGS has been the most time-consuming piece I have created, it is my depiction of the vile individual I think he is without going anywhere near the gutter where I think his rhetoric roams.”

Expect to see a range of contemporary artwork including photography, sculpture, craft, fine art, and film whilst raising money for End Violence Against Women. RSVP is essential! 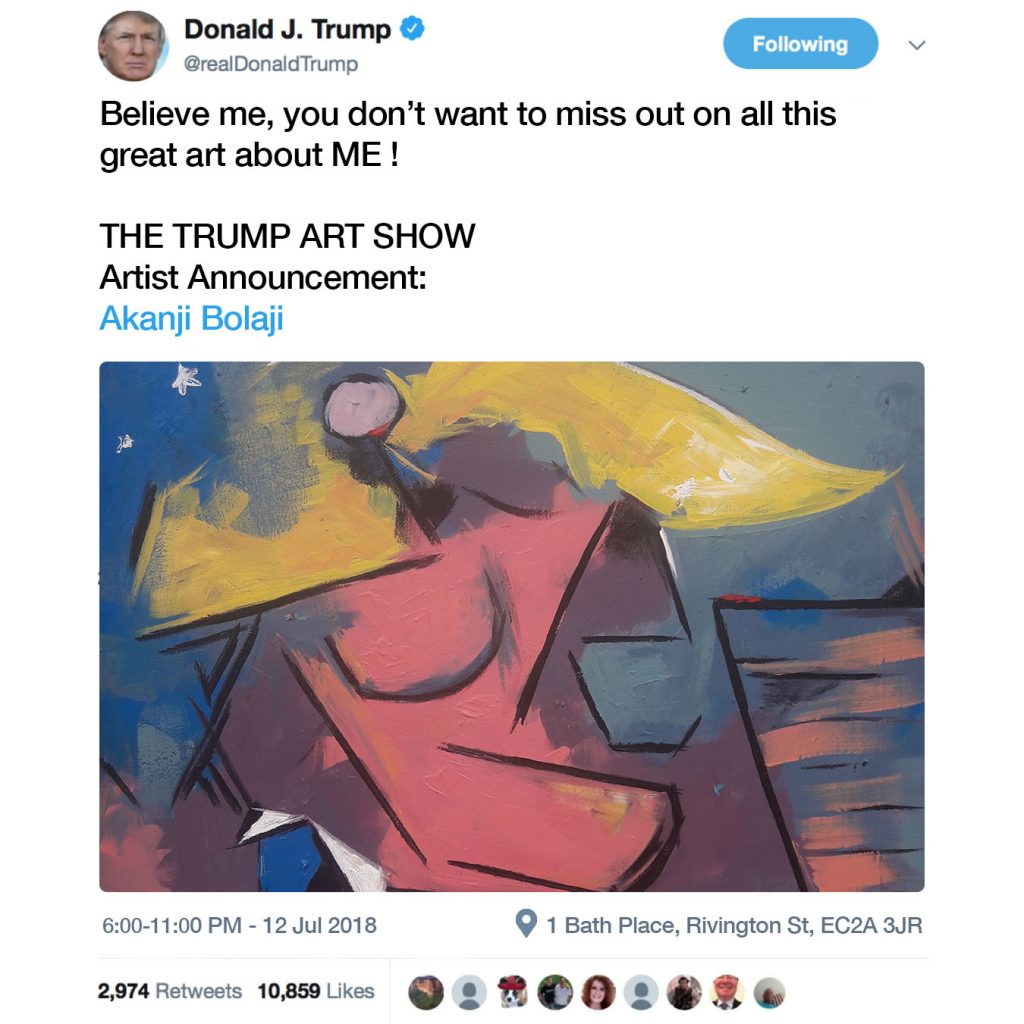 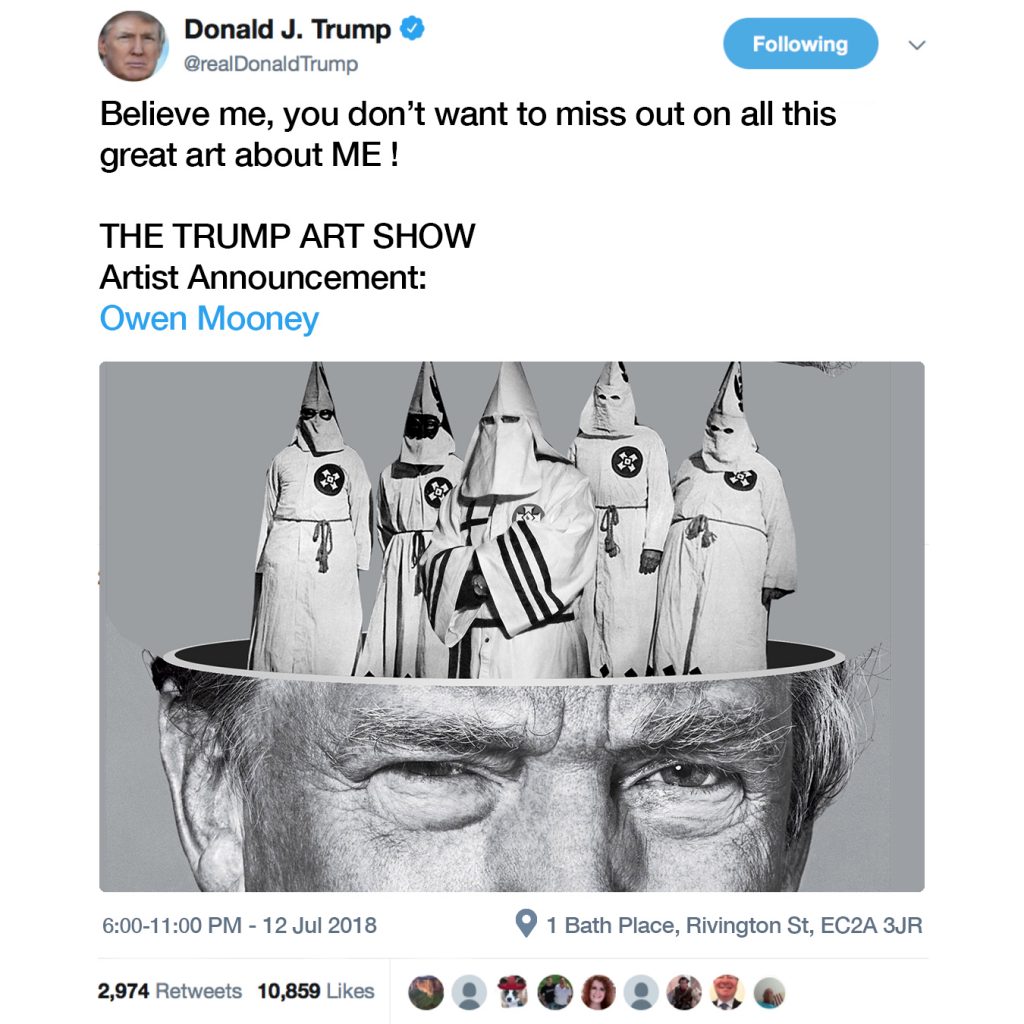 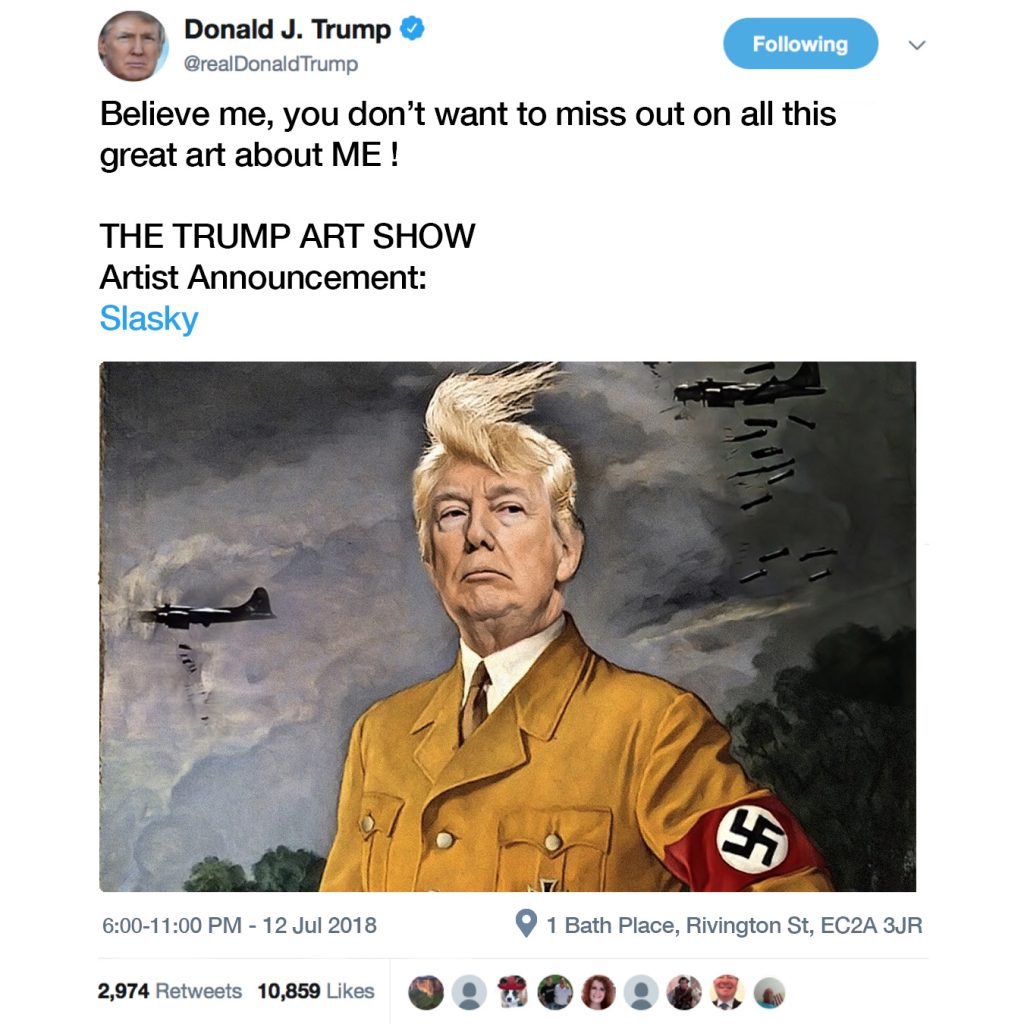