Close Quarters is Hanae Wilke’s first solo exhibition with Vitrine Gallery. In their space in Bermondsey, Wilke presents a new body of work consisting of 8 sculptures which are comfortably dispersed along the gallery space. 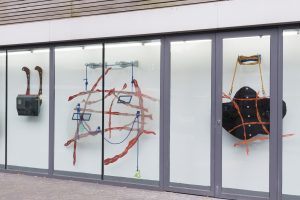 Close Quarters speculates on future living scenarios of alternative, networked social housing. Wilke considers narrowboats as nodes-in-transit who have the ability to be independent, self-sufficient spaces. Habitable spaces of the future, Wilke seems to think, needs the autonomy of free movement, replacing the regular static nature of our current housing. This, she considers, is necessary to adapt to the current housing crisis. Being able to easily link with one another, narrowboats cast a vision of interchangeable, nomadic communities finding resonance with decentralised concepts of future living such as blockchain islands, locations free from political and geographical constraints. 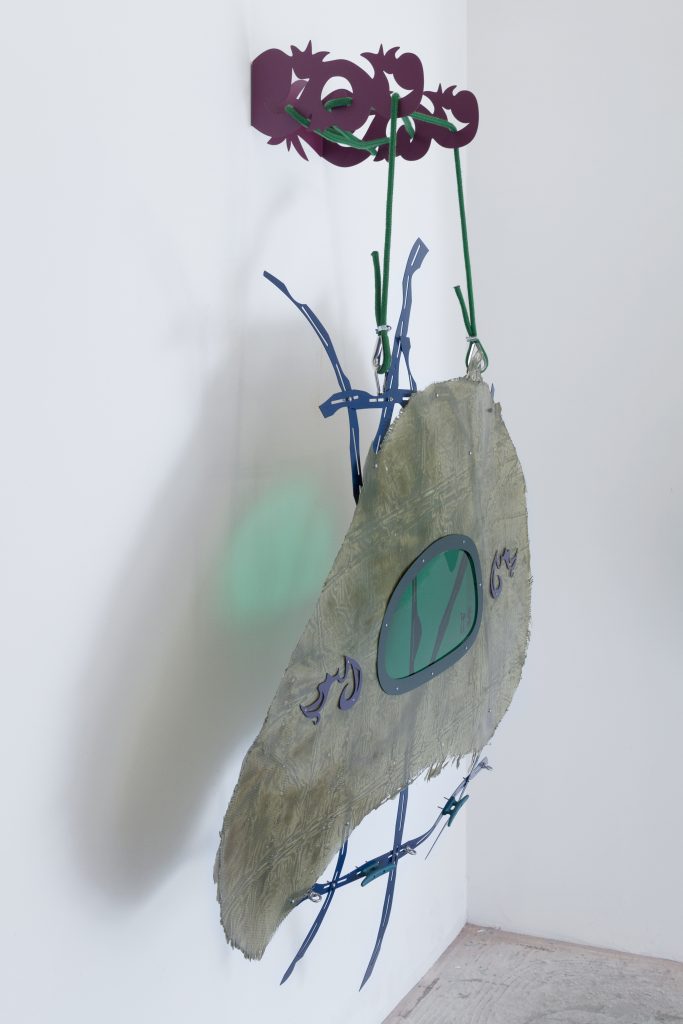 We see a departure from their normal form and instead are shown reductive parts, fragments transmuted to seemingly represent a needed versatility and aesthetic beauty of these future vessels. Spaces that can be customised easily to suit their resident. Wilke is right in suggesting that the generated norm of future imaginaries commonly favour aesthetics close to Space Odyssey: 2001 (1968), clinical replications of sleek design to mirror the yet-to-come technologies that are abundant in Sci-fi. In Close Quarters, we see British folk-futures contend with popular hyper-realities, providing a position which doesn’t reside in material luxury but rustic easy-living. 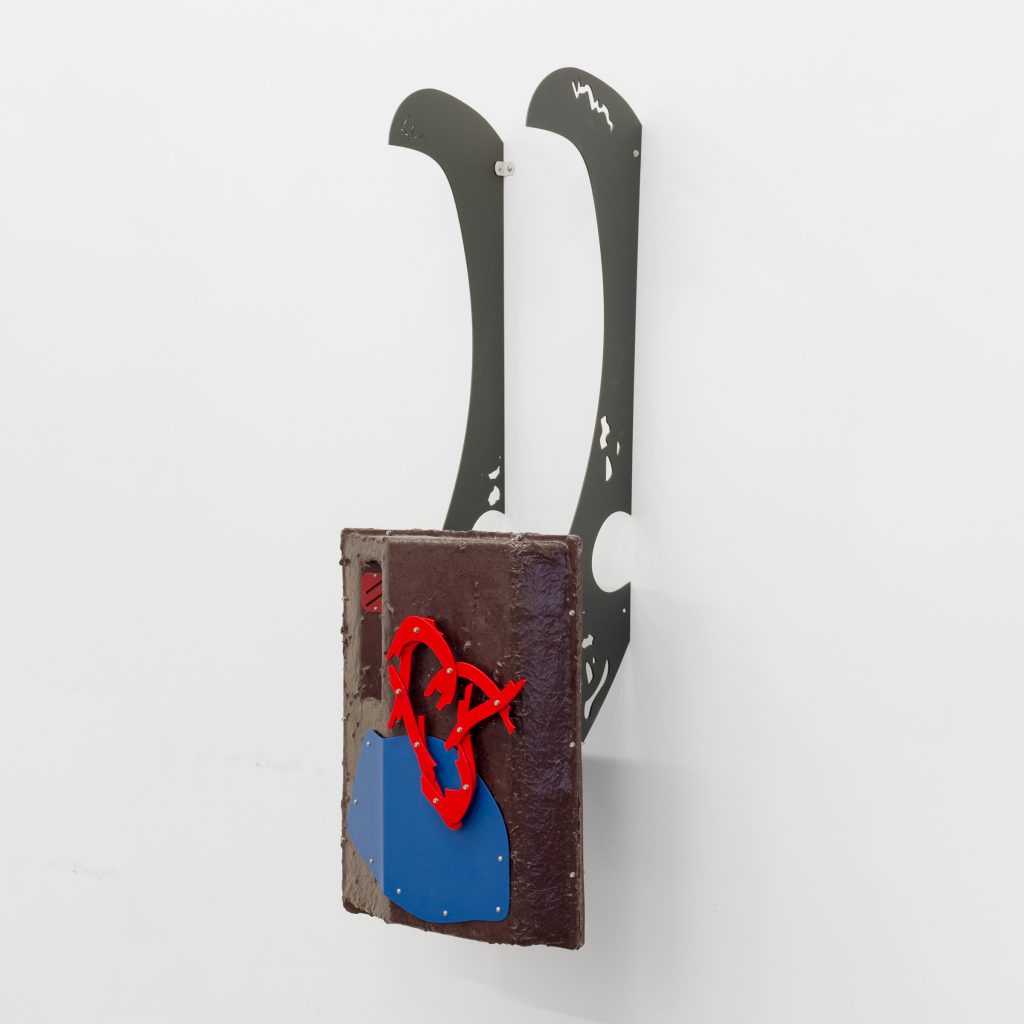 Interface I, II, III (2018) each resemble the chop-shop resilience of narrowboats. Each begin with boxes, that look as if they have been neatly patched up, attached to 2 fins that have illegible shapes cut through them. These seem to be echoes of Wilkes “wordless emblems” and “surfaces of signage” which concern themselves with the mechanisms of language. All of the sculptures combine an alien aesthetic and are made from industrial materials such as metal, fibreglass, brackets and pipes whilst sometimes adorned with compass symbols, chains and fabric. The works Wind Flower and Duet 1 (2018) show entangled metal components of bent, edged lines fitted together like sticks floating on water. 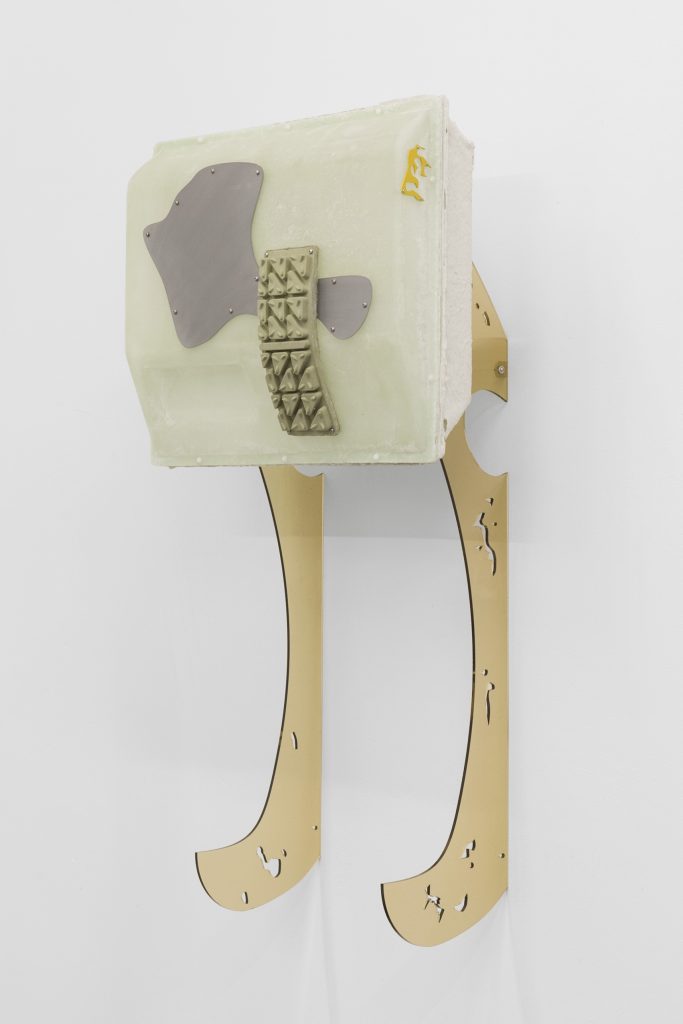 The show is well placed in Bermondsey, a current hot spot for gentrification where house prices have continued to rise. A growing number of build-to-rent housing is being created in the area and long-term implications of this are unclear but cast dark visions of the future. The housing crisis has been a brewing issue which is set to get worst as population growth and city migration increases. The works are a novel take on an issue plaguing large parts of the population, offering alternative superior tenures. Wilke says that the “vessel is a habitable place”, somewhere that houses the body. A home to hold the future. A future where city architecture is planned with care for the public and social policies focus on cultural assimilation and housing equality in sustainable, environmentally friendly ways.