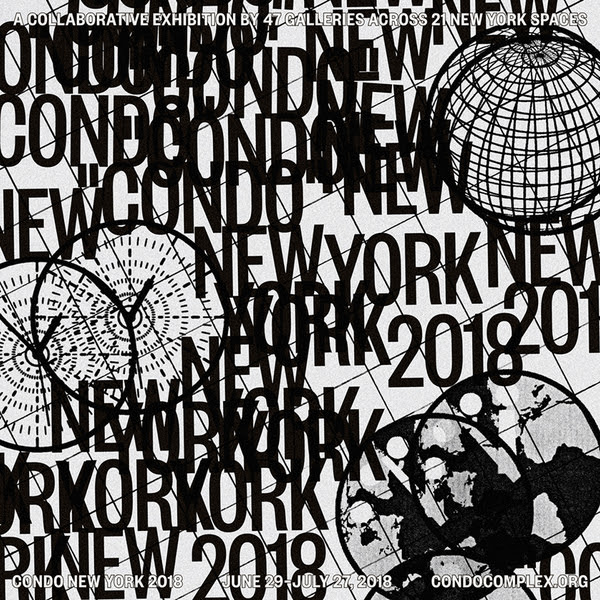 The second iteration of Condo New York, a collaborative exhibition by 47 galleries across 21 New York spaces, will take place from June 29 – July 27, 2018. In 2016, Vanessa Carlos (Carlos/Ishikawa) founded Condo London as a way to offer international galleries a site for creative collaboration and exchange. It has since expanded to New York, Mexico City, São Paulo, and Shanghai. This year’s New York participants include galleries from across the world, from as far as Auckland, Cairo, Dubai, Kolkata, Pristina and Tokyo.

This weekend is the preview for CONDO London 2019