Juergen Teller opens a football exhibition in Moscow this week to coincide with the 2018 FIFA World Cup. Titled “Zittern auf dem Sofa,” it explores the ups-and-downs of football fandom. 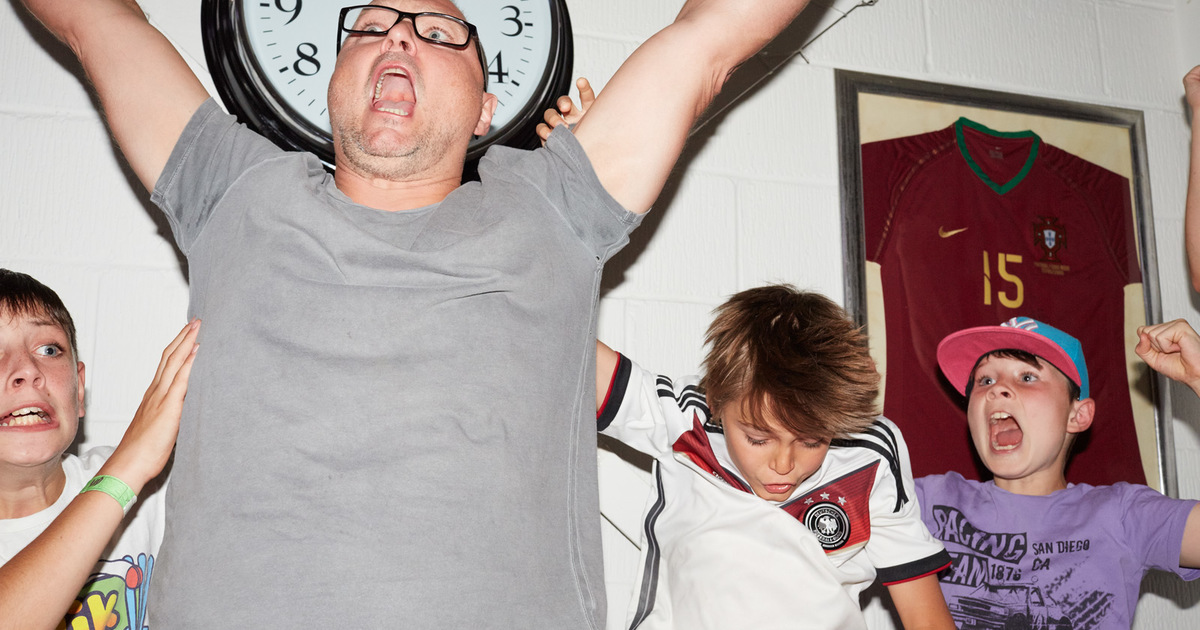 The core of the exhibition is a video broadcast of every German game played and watched by the artist.
It will also feature photos of famous footballers, as well as Teller’s Siegerflieger series documenting Germany’s 2014 World Cup win, and his ‘Naked on the Soccer Field’ series that followed Germany’s loss to Brazil in the 2002 World Cup final. Additionally, the expansive show will include unrelated works to present a

“grand narrative that brings together football, personal history, fandom, and other themes that are important either in the context of this summer’s events or the artist’s own life,”

About The Artist
Juergen Teller (b. 1964, Erlangen, Germany) studied at the Bayerische Staatslehranstalt für Photographie in Munich, before moving to London in 1986. Considered one of the most important photographers of his generation, Teller has successfully navigated both the art world and commercial photography since beginning his career in the late 1980s, blurring the boundaries between his commissioned and personal work in his numerous publications and exhibitions. In 2003, Teller was awarded the Citibank Prize for Photography, and, in 2007 was asked to represent the Ukraine as one of five artists in the 52nd Venice Biennale. He has published forty-one artist’s books and exhibited internationally, including solo shows at the Photographer’s Gallery, London (1998), Kunsthalle Wien, Vienna (2004), Foundation Cartier, Paris (2006), Daelim Contemporary Art Museum, Seoul (2011), the Institute of Contemporary Art, London (2013), Deste Foundation, Athens (2014), Contemporary Fine Arts, Berlin (2015), Phillips, London (2015), Bundeskunsthalle Bonn (2016), Blum & Poe Gallery, Tokyo (2017) and Kunstpalais, Erlangen (2017). He currently holds a Professorship of Photography at the Akademie der Bildende Künste Nürnberg.