This Friday 25th May Hauser & Wirth Somerset opens a major solo exhibition of works by Alexander Calder (1898 – 1976), many of which have never before been exhibited in the UK. 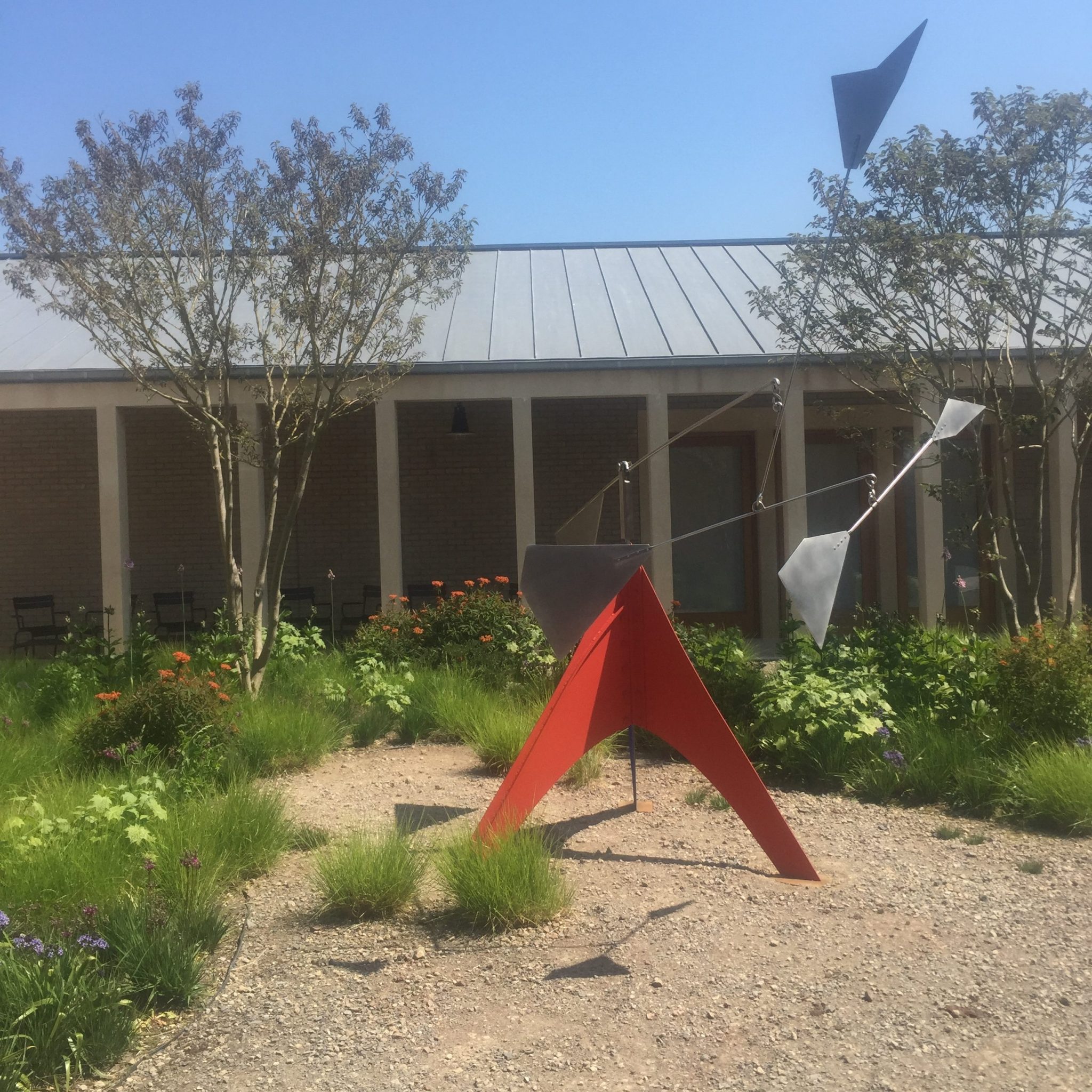 Calder was one of the most influential and pioneering artists of the twentieth century, transforming the very nature of sculpture by introducing the fourth dimension and the actuality of real-time experience into his work. Known primarily for his invention of the mobile, Calder also produced: wire sculpture, carved figures, stabiles, standing mobiles, oil paintings, works on paper, jewellery, furniture and domestic objects, and monumental public commissions all of which can be seen in this exhibition.

The exhibition ‘From the Stony River to the Sky’ runs through all five gallery spaces at Hauser & Wirth Somerset with over 80 pieces, including large-scale outdoor works set within the gardens at Durslade Farm. The exhibition takes its title from the etymology of the surname Calder in Celtic—meaning ‘from the stony
river’—and its inspiration from Calder’s long-time home and studio in Roxbury, Connecticut. Purchasing the dilapidated farmhouse in 1933, Calder and his wife Louisa adapted it to fit their growing family, and Calder built three studios over the years to accommodate his burgeoning ambitions as an artist.

In 1934, the expanse of his Roxbury hills inspired Calder to make outdoor sculptures, the first two of which are exhibited here inside the galleries: ‘Red and Yellow Vane’ and ‘Red, White, Black and Brass’. Also on view are two important surrealist works from 1938: ‘Apple Monster’, made from a fallen branch of an ancient apple tree on the property, and an untitled sister sculpture, which features a found cow vertebra and spheres perched atop wires, expressing a range of vibratory qualities.

‘Roxbury had a direct impact on my grandfather’s work. He owned 18 acres and was inspired to bring sculpting outdoors for the first time. My grandparents thrived in the fresh air and lived close to the land. They also found relief from the rising fascism in Europe, and before long, they were directly assisting their artist friends to escape to the United States and to rural Connecticut in particular. In this way, they rebuilt their rich bohemian community that was a constant facet of their life, thereby making Roxbury home.’

You can see more from Alexander in the video below. 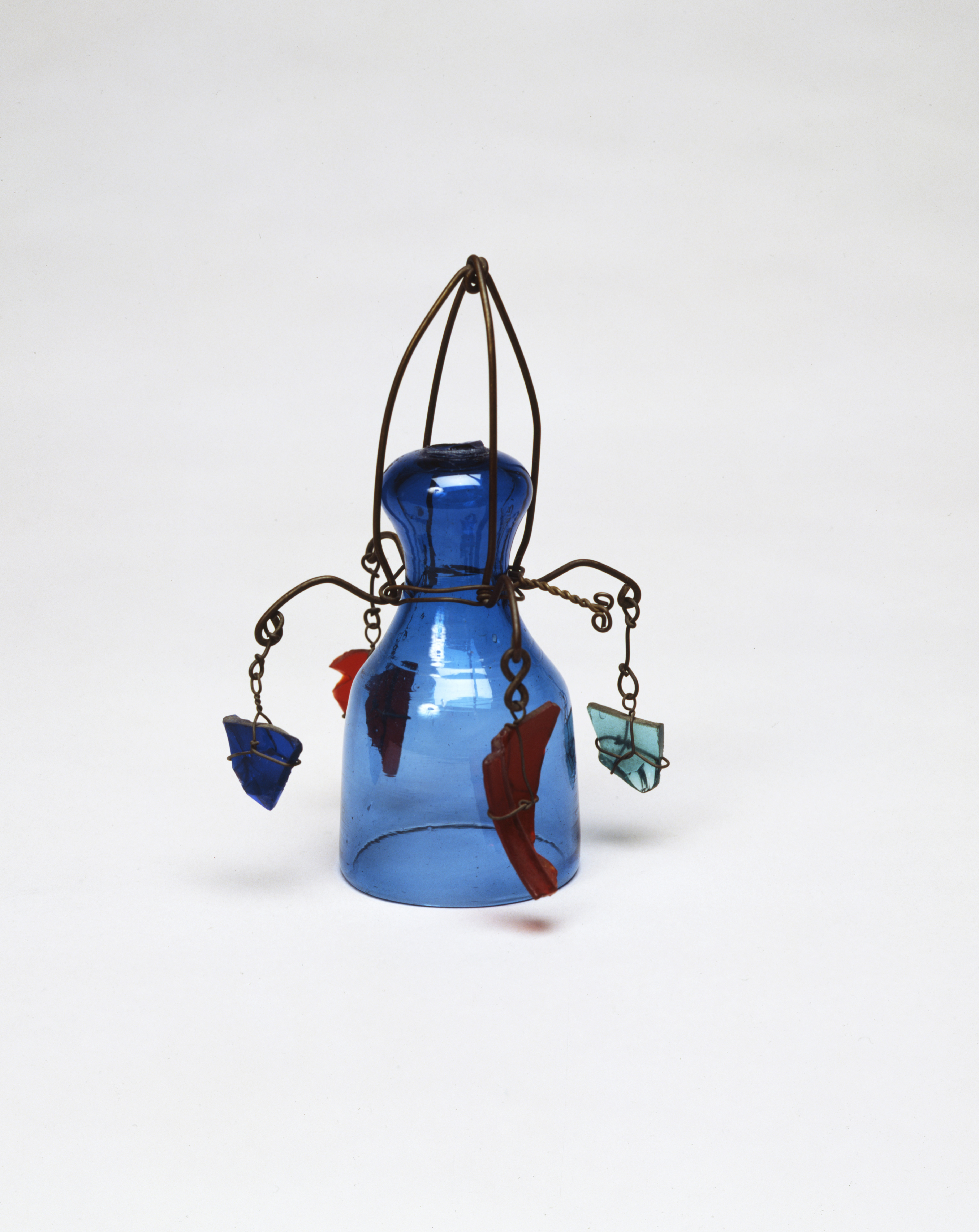 Occupying two galleries within the exhibition is an extraordinary selection of the artist’s handcrafted domestic objects borrowed from the Calders’ Roxbury home, including a chess set, chairs, a coffee table, and a lamp, among a multitude of other ingenious yet functional devices. This will be the first time many of these objects have ever been on public view, not only offering insight into the artist’s life but also revealing the integration of his artistic practice. A selection of Louisa’s jewellery will also be shown, highlighting a body of work that Calder largely created to gift to his family and close friends. 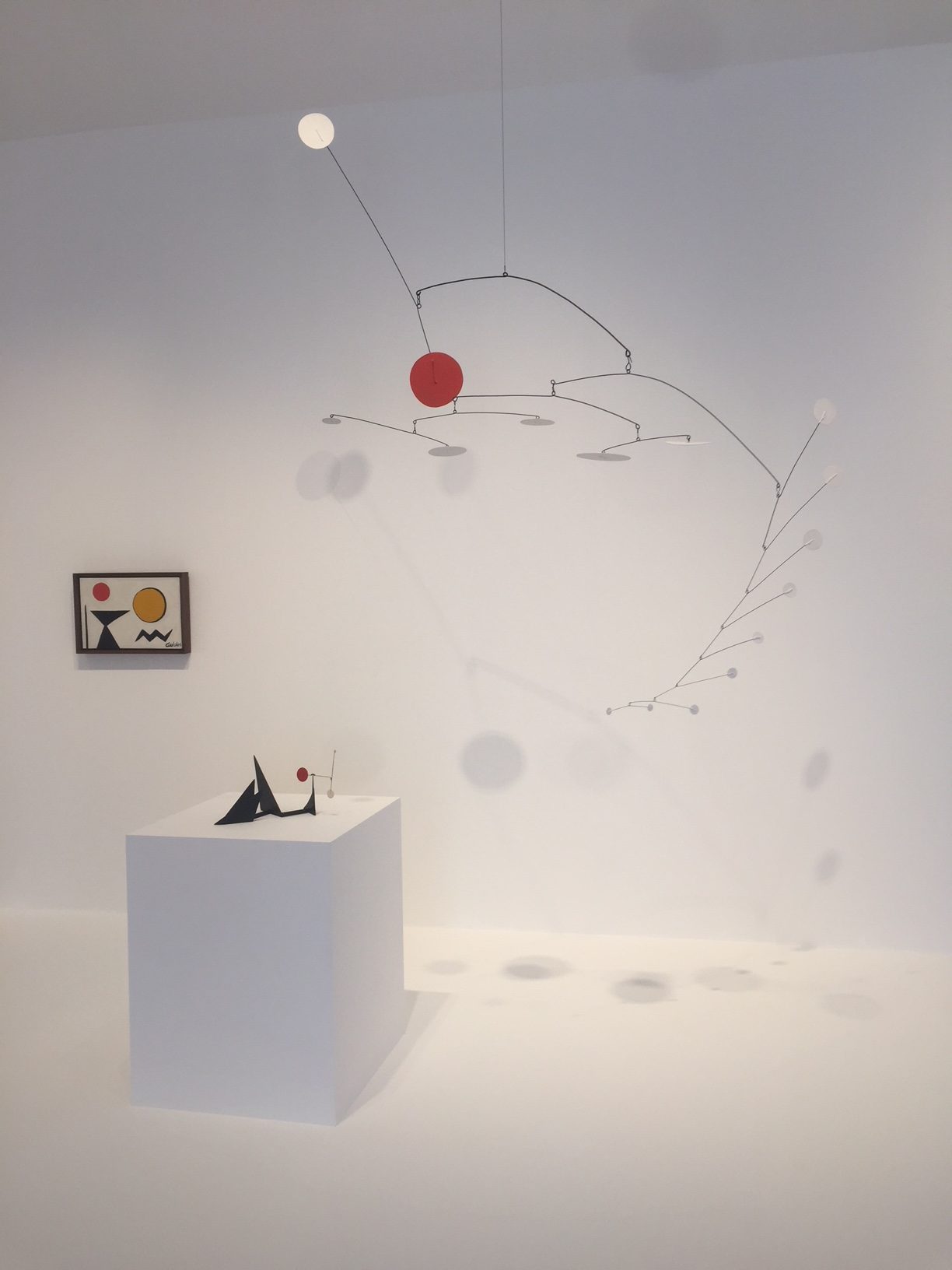 Among the most recognisable of the artist’s works in the exhibition are the mobiles, stabiles, and standing
mobiles, as well as oil paintings from the 1940s and 1950s. The presentation culminates with several largescale works installed indoors, including a huge intermediate maquette for ‘La Grande vitesse’, his famous commission for the city of Grand Rapids, Michigan, in 1969. These sculptures bridge a link to the surrounding gardens, where six stabiles and a standing mobile are on view, among them ‘Funghi Neri’, created for the XI Triennale di Milano in 1957, and ‘Polygons on Triangles’, 1963, whose sheet metal planes slice through space and sculpt volumes out of voids. 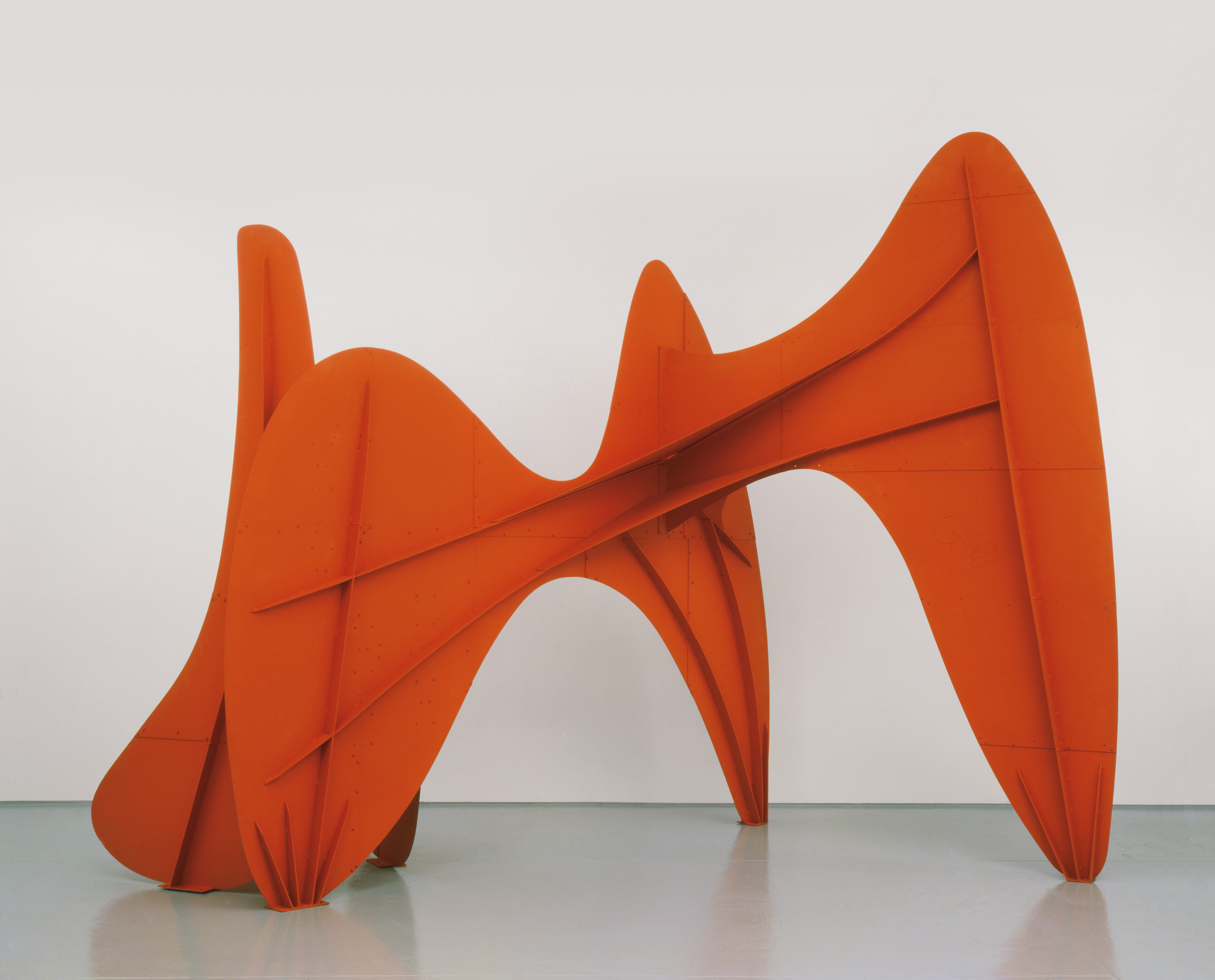 ‘Don McCullin. The Stillness of Life’, a focused presentation of over 70 landscape photographs