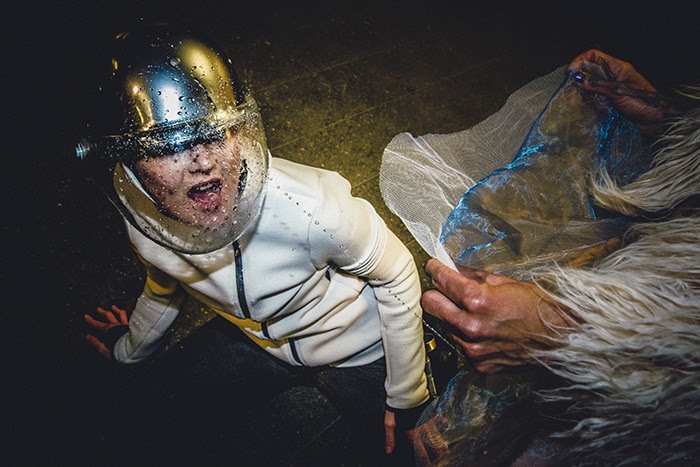 ‘I situated myself in trans communities respectively in San Francisco, Amsterdam and London in the late 90s, a time when the binary gender notion dictated the body modification proposed by sexual reassignment: one “transitioned” to either FTM (female to male) or MTF (male to female). Nearly 20 years later, WONDERS WANDER [web series] brings up a new generation of nonbinary creatures who swim freestyle in gender fluidity. HE/SHE/IT merge into a “THEY” as a singular noun.’

About the artist
Shu Lea Cheang (Taiwan/US/France) is an artist and filmmaker working with net-based installation, social interface and independent film production. Recent projects include Wonders Wander (2017), a mobi-web-series produced for Madrid Pride and the feature length, cypherpunk sci-fi film Fluidø (2017). Her seminal cyberfeminist web project BRANDON (1998-1999), concerning the rape and murder of a young transgender man in Nebraska, was recently restored as part of the Guggenheim’s permanent collection.

Res. is a mutable project based in a gallery and workspace in Deptford, South East London. Alembic is curated by Res. curators Helen Kaplinsky, Sarah Jury and Lucy A. Sames.