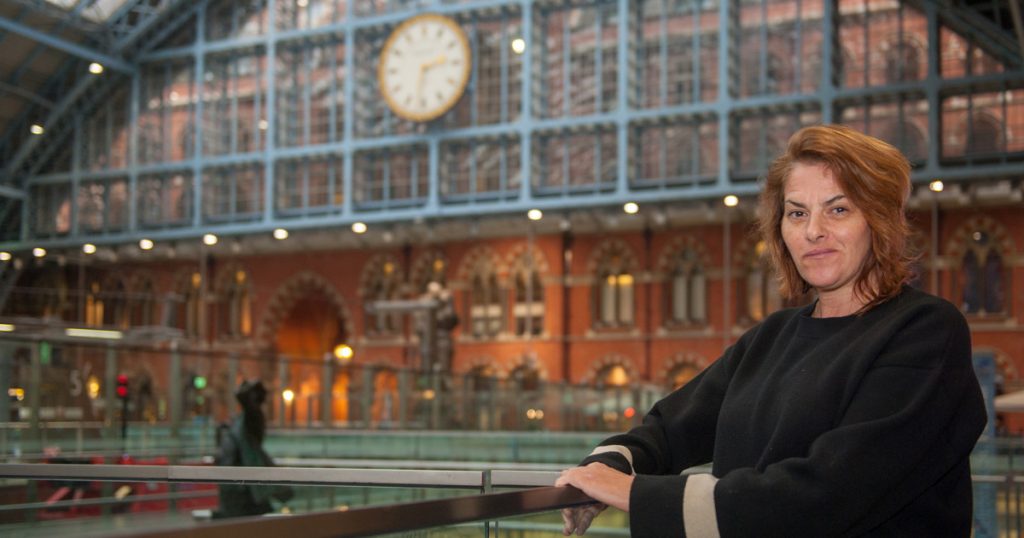 In the largest text piece she has ever made, Tracey Emin RA will remind travellers to stop and take a moment in one of the UK’s busiest railway stations. From 10th April 2018, the intimate words I Want My Time With You will stretch 20 metres across the famous Barlow Shed roof, hanging directly below the St Pancras clock.

Tracey Emin is the fourth Royal Academician to create an artwork for the Terrace Wires, following in the footsteps of Conrad Shawcross in 2017, Ron Arad in 2016 and Cornelia Parker in 2015. This is the sixth year of the Terrace Wires public sculpture commission.

St Pancras train station was designed by William Barlow in 1863. The Barlow Shed arch spans 240 feet and is over 100 feet high at its apex. In its time, it was the largest enclosed space in the world, making it a spectacular setting for the Royal Academy’s only external public sculpture series in London.