French artist Léo Caillard has dressed classical statues as hipsters above the Aldwych entrance to Bush House in London. The installation forms part of The Classical Now, a major exhibition exploring the ways in which Graeco-Roman art has sparked the modern imagination. 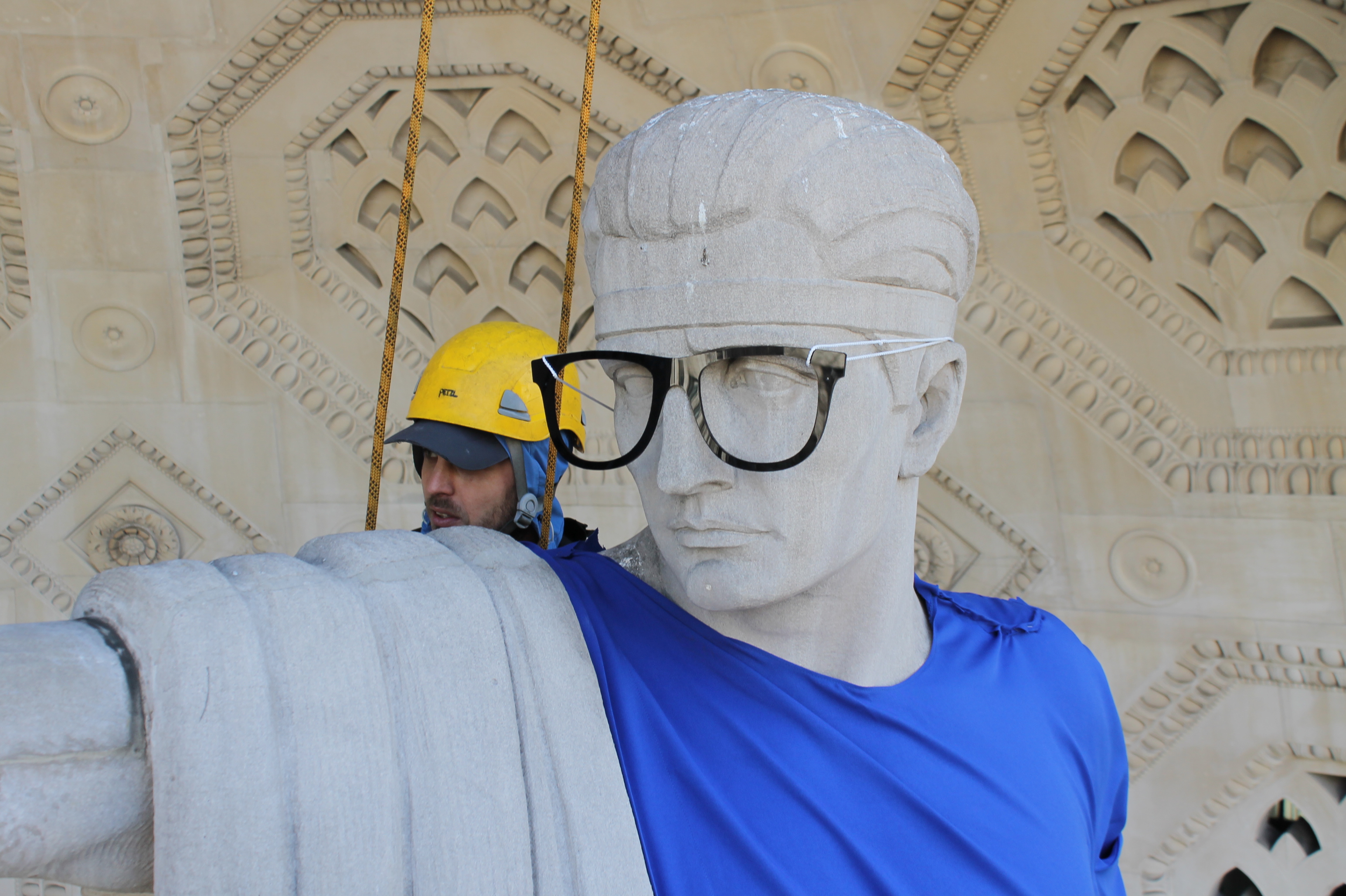 Paris-based artist Léo Caillard, widely acclaimed for his Hipsters in Stone series – classical statues draped in contemporary attire – was commissioned to dress the statues above the entrance to Bush House, part of the Strand campus of King’s College London. The installation forms part of an exhibition on The Classical Now. The Classical Now, a major exhibition pairing the work of modern and contemporary artists with Greek and Roman sculpture and antiquities, opens at King’s College London on 2 March 2018. The exhibition is staged across two spaces at King’s, the Inigo Rooms in the East Wing of Somerset House, and The Arcade at Bush House – a new space for exhibitions and events at King’s.

Caillard is known for staging witty and provocative dialogues between the classical and the contemporary. His Hipsters in Stone series (2012–2016) dressed the figures of classical sculpture in contemporary clothing with accessories like iphones, sunglasses and jewellery.

For The Classical Now Caillard has dressed the two statues above the grand travertine marble entrance to the Grade II listed Bush House buildings on Aldwych, the former home of the BBC World Service and now part of KCL’s Strand campus. Made by American artist Malvina Hoffman in 1925 to symbolise the friendship between Britain and America, the statues were each hewn from a 20-ton piece of stone. Caillard has labeled the performance To the Friendship of the Classical and the Contemporary, adapting his title from the inscription beneath the statues (‘To the friendship of English speaking peoples’).

Caillard says of his work:

‘It seems obvious to me that our past is our present. Antiquity is at the origin of our era. My work therefore seeks to open a dialogue – and humour is a brilliant way of getting people to see things anew.’ Michael Squire, who has led the associated research project in the Department of Classics at King’s, adds:‘ The aim of this installation was to make Bush House itself part of the exhibition. Caillard’s work stops us in our tracks: it helps us to see the legacy of classical art as part of the here and now.’

About the Artist
Léo Caillard (b. 1985) is a French artist who has worked in multiple materials – including photography, digital media and sculpture. Based in Paris, Caillard is especially well known for staging witty and provocative dialogues between past and present: his Hipsters in Stone series (2012 – 2016) dressed the figures of classical sculpture in contemporary clothing, while also furnishing them with additional attributes like iPhones, sunglasses and jewellery. Further details of Caillard’s work and recent exhibitions can be found at www.leocaillard.com. 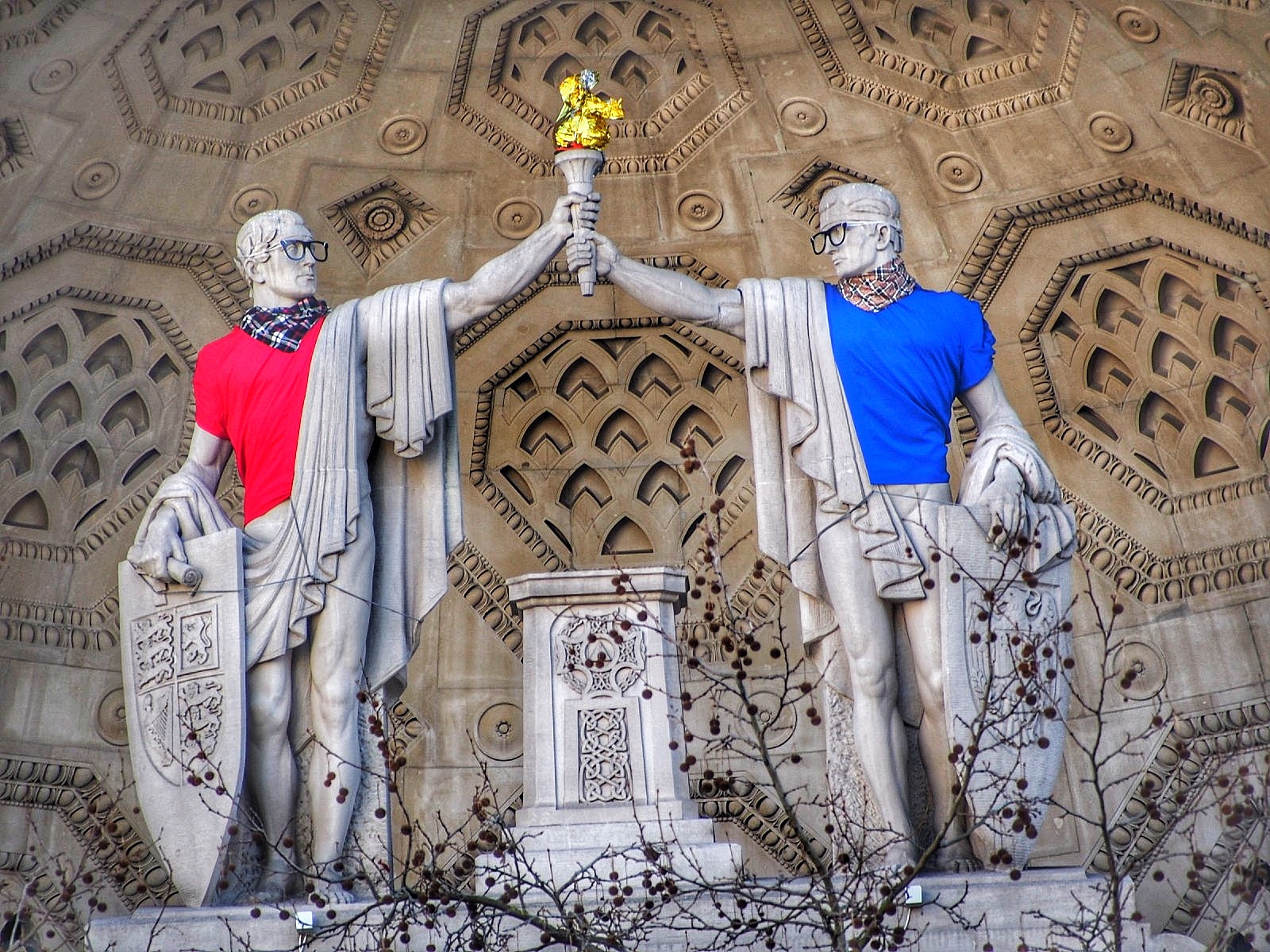 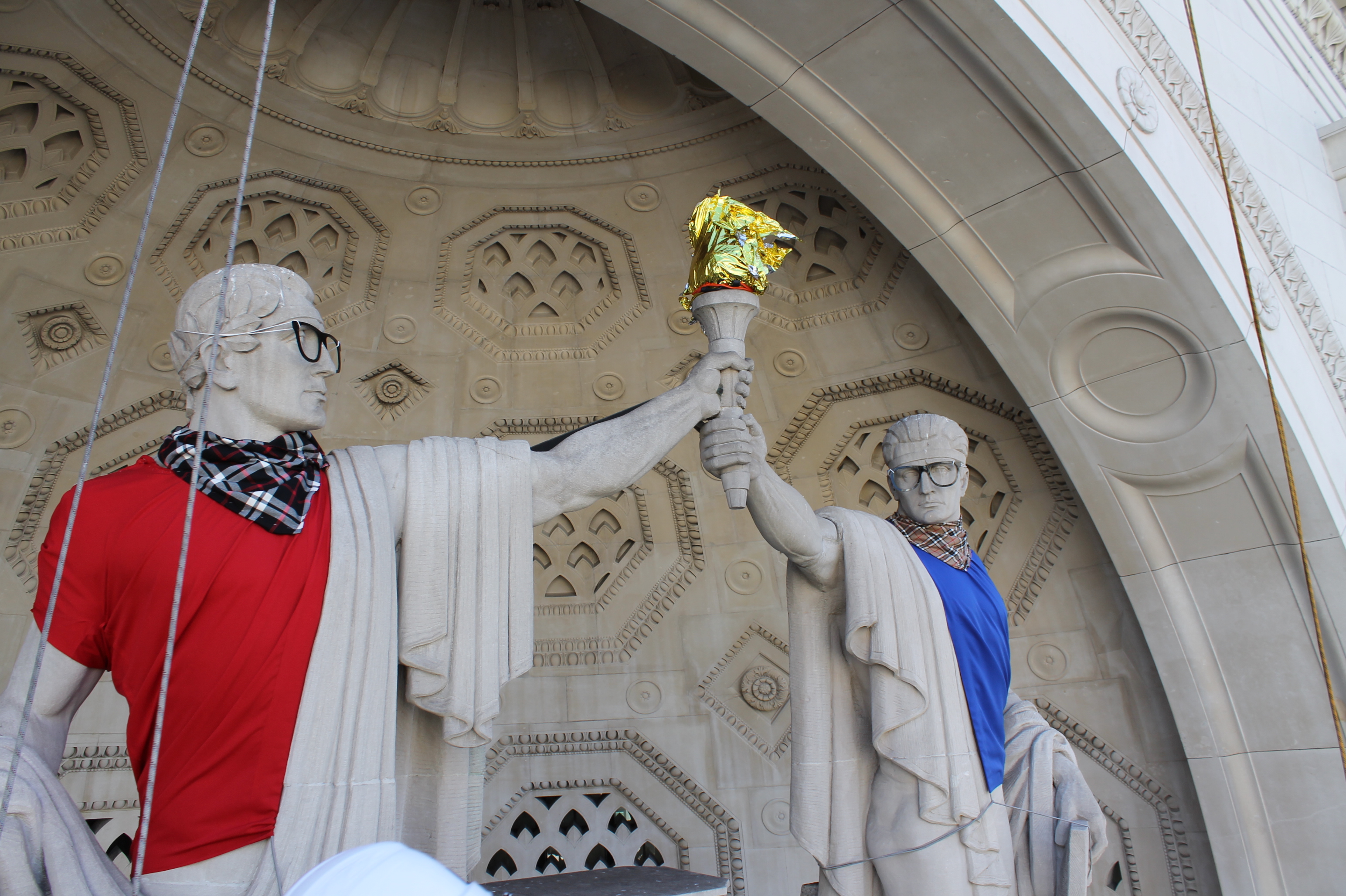