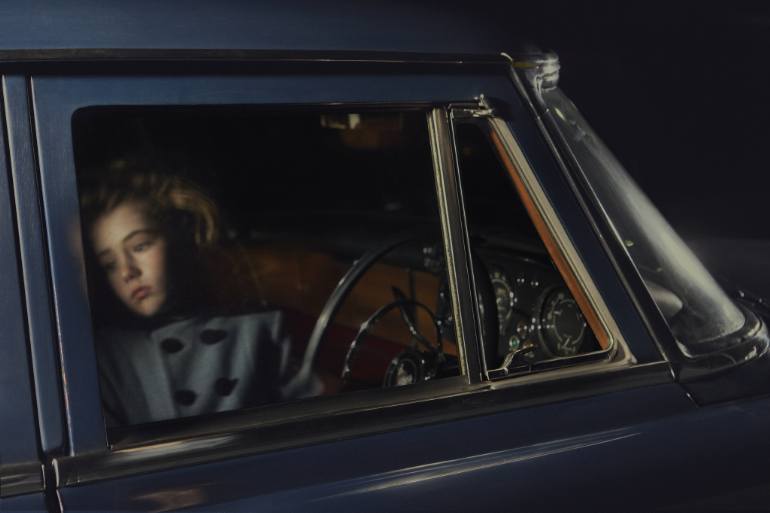 The photographs are carefully staged and pregnantly static. Studies in solitude, the work is all about separation: figures alone or figures together who never make eye contact. All the action has either occurred or is yet to occur. In that moment we are alone with strangers caught between the past and the future. The titles are all about looking, but always looking away. 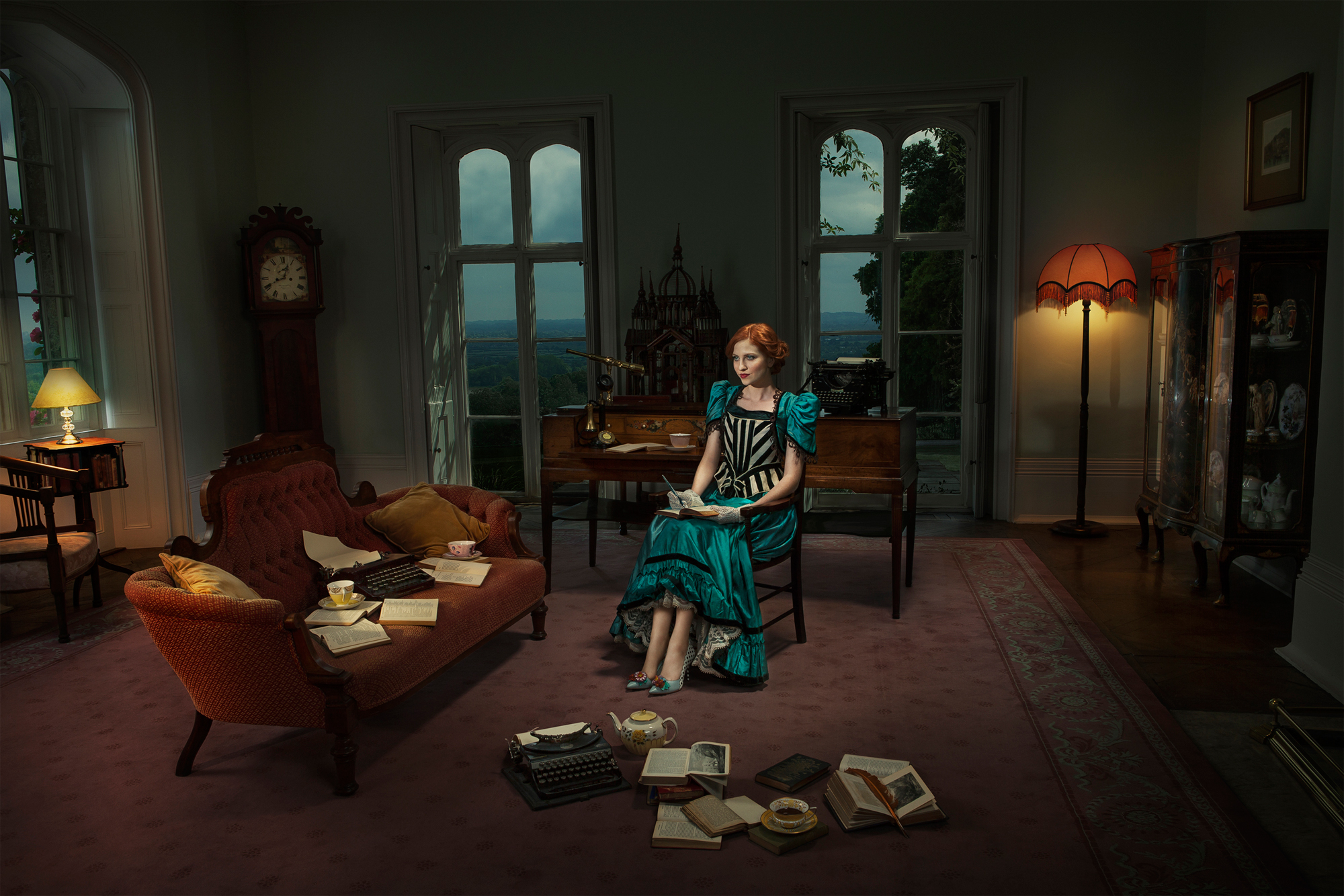 In Look Away we think a father is leaving, suitcase in hand, with a final equivocation watched by daughter and wife. In Delusion two women sit at right angles from each other as smoke teases up from a carpet of flowers. In Eyes Shut, two men, twins or twice the same man look in opposite directions. Holding Copycat Dolls of themselves, three women are dressed in green, orange, and purple ball dresses, mirthless. 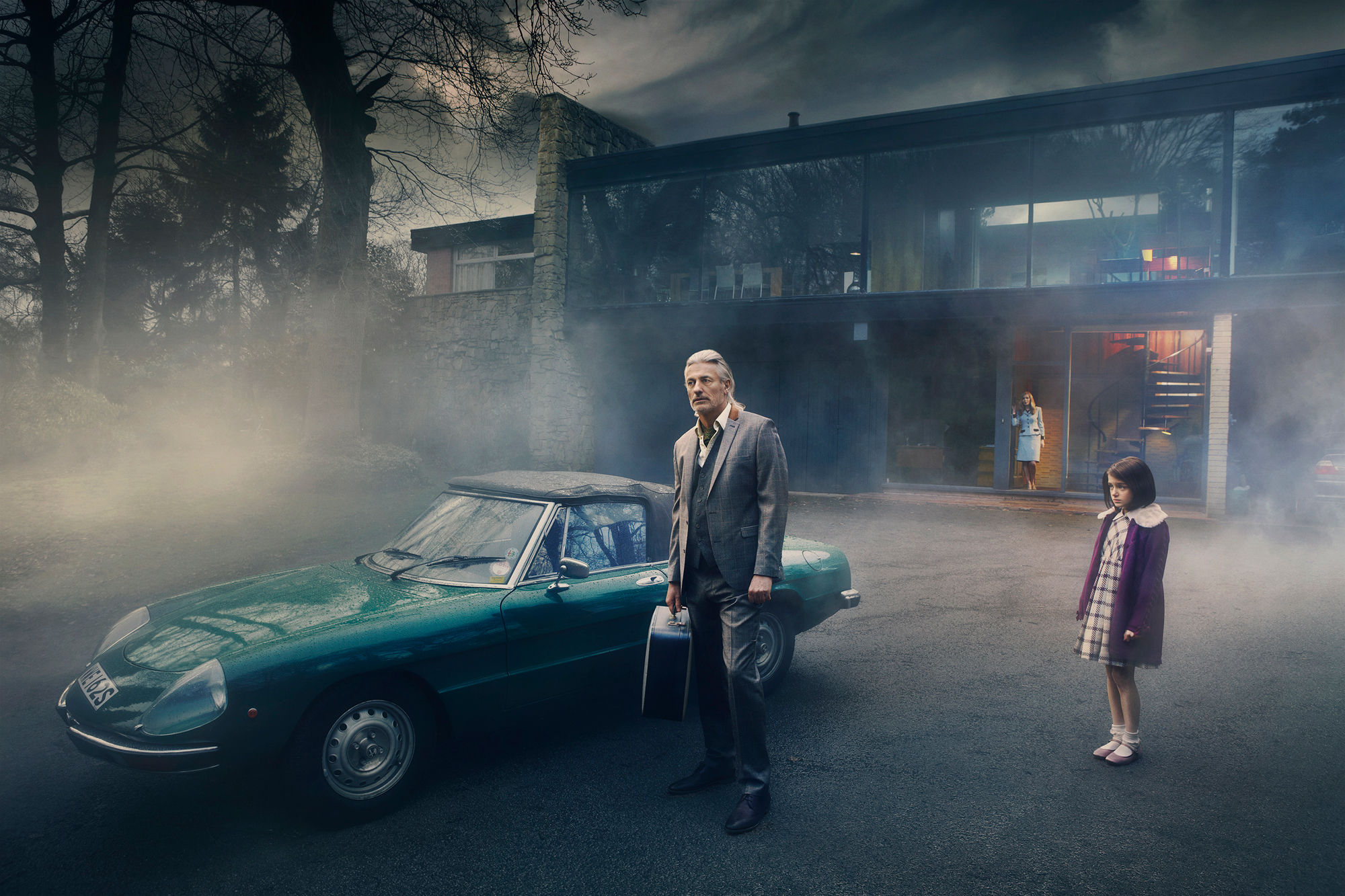 Further dislocation occurs in Mirror Mirror: a forest idyll, a tableau of six figures each gazing into private mirrors. In Seeing, a girl surrounded by lush green woodland stares at her own face in a hand mirror. The Author is separated from the viewer by the book in her hands and the imaginings in her head. Lola and the dancer in Flight Of Fancy are alone in their internal worlds of art. Lying on a bed alone, a woman in a nightie weighs The Heart’s Shadow. In The Forgotten, a child behind misted glass in a car is both forgotten and haunted by trauma she can’t forget.

In Too Much Too Soon, a roughed-up bed is the scene of a separation through an ill-advised intimacy between man and woman. The scene has already occurred, but weighs on the moment like a shadow. Even in the happy domestic scene of Make a Wish a girl is presented with a birthday cake while another girl looks out at us, longing for kindness. Smile for the camera… 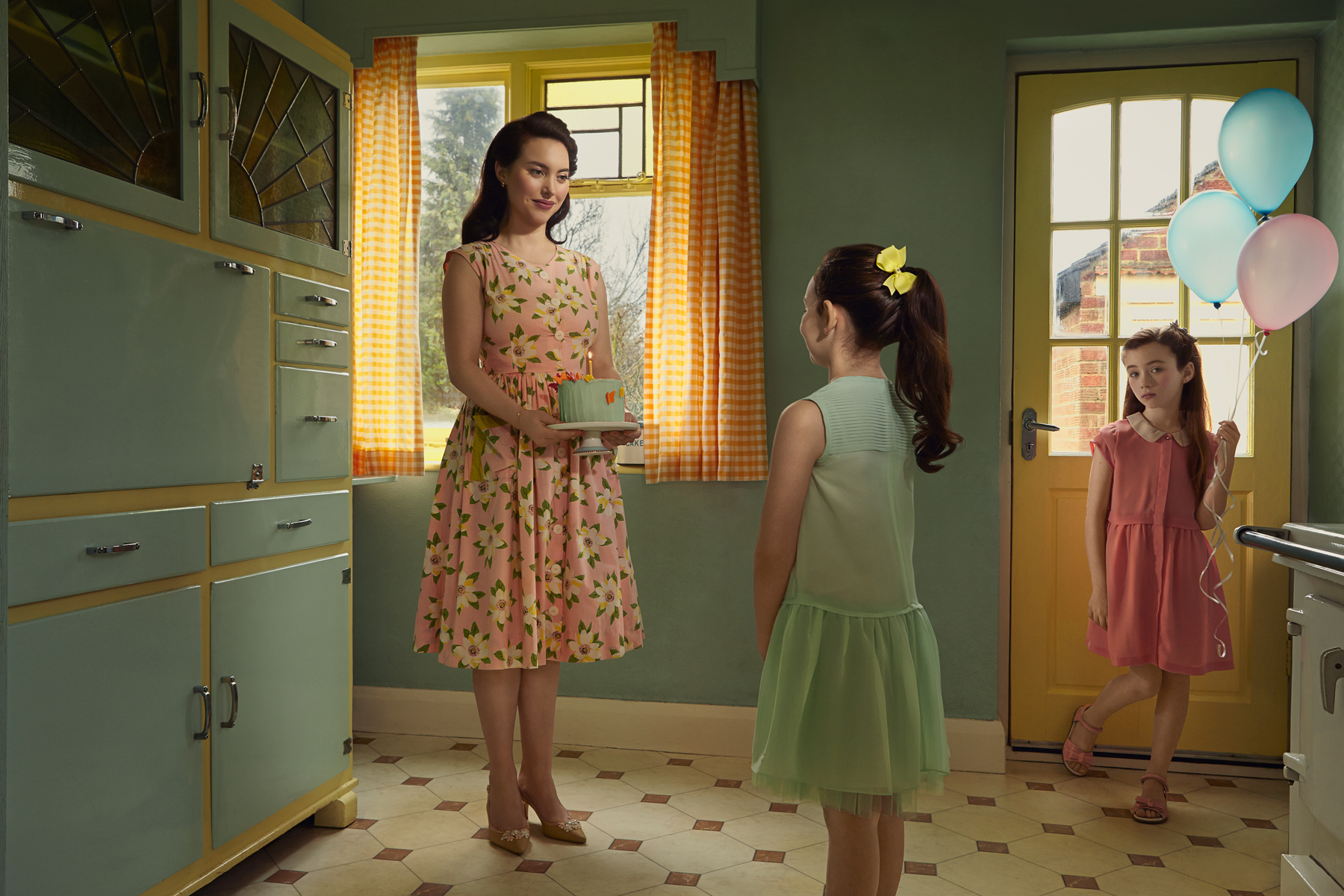