The South London Gallery new annexe in the former Peckham Road Fire Station across the road from the main gallery site will open to the public on 20th September 2018. 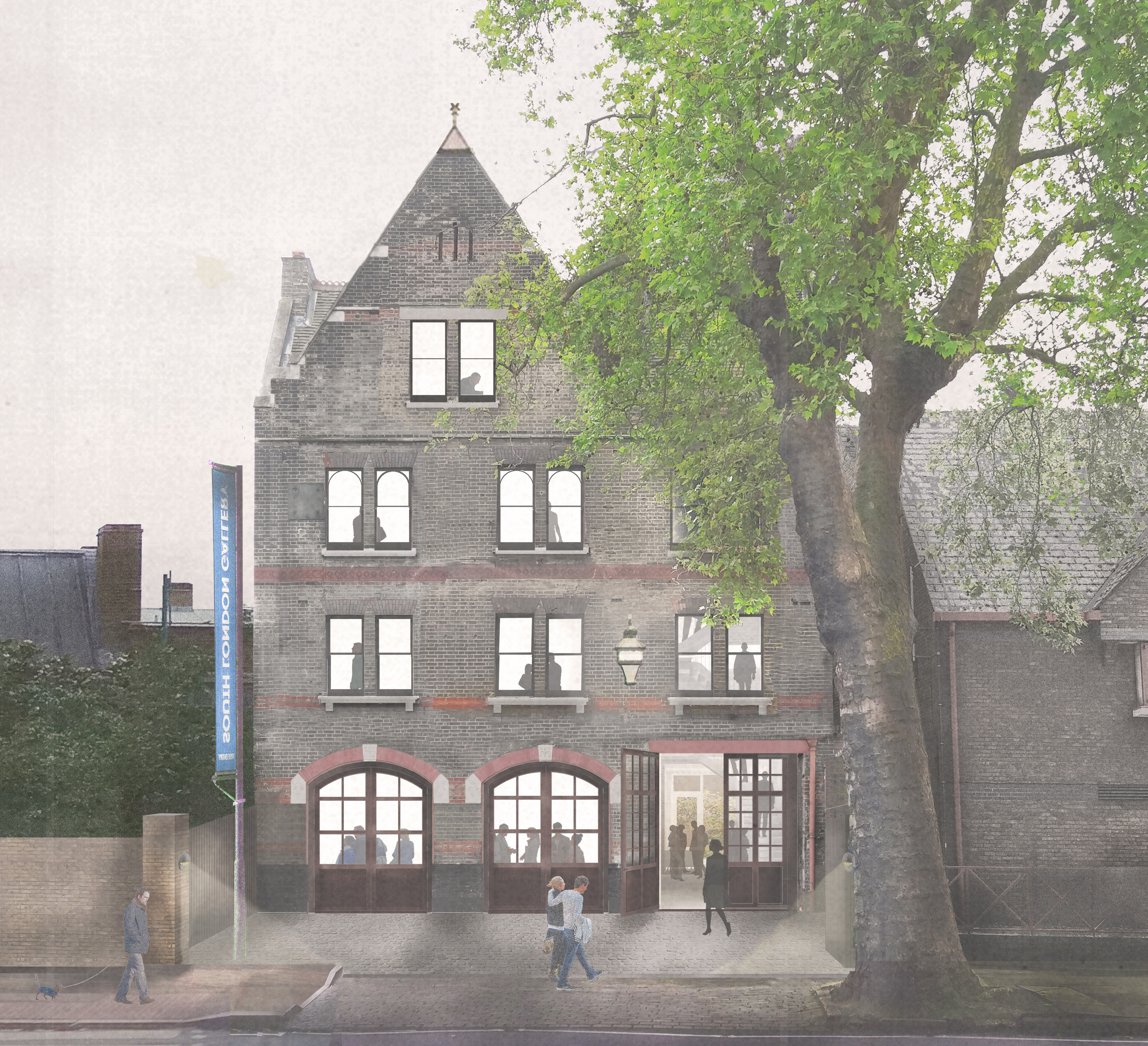 Following the generous gift of the Grade II listed building on Peckham Road by an anonymous benefactor, the new development designed by 6a architects will enable the SLG to expand its internationally acclaimed contemporary exhibitions, education and events programme. Details of the opening programme will be announced later in the year.

Dating from 1867 and the earliest surviving example of a purpose-built fire station in London, the Fire Station development includes new exhibition and education spaces, an artist’s studio and communal kitchen. This inspiring, light-filled building will enable the SLG to take a more ambitious and experimental approach to programming than ever before, furthering its reputation for bringing new work by internationally acclaimed and lesser known artists to an area of London with a fascinating local history. The SLG’s extensive archive of its 126 year history, in addition to material relating to the social, architectural and cultural history of the local area, will be available to the public for the first time both digitally and through changing displays in a dedicated archive gallery.

A new education space will allow the SLG to expand its innovative arts programme in the local area and grow the depth of engagement and participation amongst new and existing audiences. In this way, the project complements other key initiatives taking place across Peckham and Camberwell, enhancing the area as an important creative hub in London.

The redesign, led by 6a architects, creates a series of light-filled spaces over four floors, maintaining the original layout of rooms as far as possible. 6a architects have a long association with the SLG having worked on the extension of the main site in 2010 and again on the Gabriel Orozco-designed garden in 2016. The practice are known for their work with arts organisations and artists, with projects including the award-winning gallery Raven Row, Sadie Coles in Davies Street, Juergen Teller’s studio and, currently in progress, the major expansion of Milton Keynes Gallery.

The project has been generously supported by the National Lottery through the Heritage Lottery Fund (HLF), the Mayor’s London Regeneration Fund as well as funding from a number of trusts, foundations, individuals and commercial galleries. The SLG is now in the closing stages of its public fundraising campaign to secure the final £400,000 to cover restoration costs and establish a fund for the future running of the building.

“As we enter the final stages of our fundraising campaign, we are delighted to be able to confirm that the Fire Station will be opening to the public in September 2018. A weekend of celebratory events will highlight some of the many exciting possibilities afforded by a host of distinctive new spaces, beautifully designed by 6a architects and transforming the experience of visiting the South London Gallery.”

Showing a piece of video art by Danish collective Superflex, who filmed a replica McDonald’s burger bar being flooded.South London […]