For this exhibition Jones will exhibit a single immersive video piece, “Road Trip II”. This piece debuted at the Museum of Contemporary Art, Los Angeles in the 2012 exhibition “AV CLUB” curated by Mike D. The work is based on early front-scrolling driving games like Out Run or Pole Position and is a video-mapped composition covering three walls and the gallery floor. Viewers can walk into the piece and into the world Jones creates with 8-bit sound and imagery.

Experience driving through the American West as imagined by Japanese video game designers in the 80s as imagined by Ben Jones. In the same way these arcade games were installed with a car-like enclosure that moved a bit when you crashed and had pedals kinda like the Ferrari Testarosa you were virtually driving, this piece is also a bootleg VR experience. But instead of being in a little fake car box, or instead of VR goggles wrapping around your field of vision, here the video wraps around the gallery creating a 3D environment to romp around literally inside the artwork.

About The Artist
Ben Jones lives and works in Los Angeles, CA. He holds a BFA from the Massachusetts College of Art in Boston, MA. Jones has exhibited works in a variety of solo and group exhibitions internationally at MOCA Los Angeles, Loyal Gallery in Sweden, MACRO Museum in Rome, the Bergen Kunsthall in Norway, Max Wigram Gallery and the TATE in London, Peres Projects in Berlin and Deitch Projects, Foxy Production, The Museum of Modern Art, and The Hole in New York, NY, among others. His most recent solo exhibition was at ACE Gallery in Los Angeles, his most recent museum solo at The Modern Art Museum of Fort Worth in Texas. His work has been discussed in Art in America, The New York Times, i-D, Tokion, and ArtReview.

Jones is the Creative Director at Bento Box Entertainment and has also produced work for the Simpsons, WU TANG COMICS, created television shows for Adult Swim, Cartoon Network, FOX and FXX along with occasional music video production and furniture making. Jones’ work is a mash-up of all of his passions in life, with equally balanced influences from music, graphic design, technology, entertainment and art. His works seem to envision a minimalistic version of the future, pulsing with sharp color and an ambiguous narrative regarding where technology seems to be driving our culture. 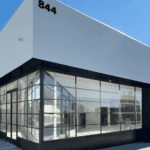 The Hole is opening a new gallery space in Los Angeles. This will be the gallery’s third permanent space, 8000 sq. […] 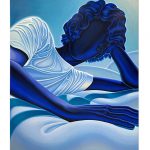 The Hole is to present BLUES, an exhibition of 10 new paintings by Alex Gardner. The etheric pastel paintings on view in BLUES extend familiar tropes from the Long Beach-based artist’s practice 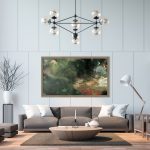 Could Niio be the platform to take video and new media art mainstream?

Niio is the world’s premium digital video and media art platform. Headquartered in Tel-Aviv, with operations in the US, Asia and the UK, the platform is used in more than 40 countries, with a network of more than 4,000 artists, galleries, collectors and curators and hosts a collection of more than 12,000 pieces of moving digital artworks. 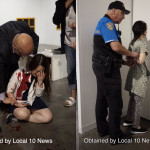