‘I explored the town. It was like some place in the South of France with its palm-bordered streets and low stucco dwellings. Somewhat more prim, less rambling, but the same radiant sunshine. More cars, of course, yet they seemed to whiz past apologetically so as not to obstruct the scene. And I seemed to be the only one on foot, sauntering along leisurely, avoiding the more populated districts. One might retire here, I thought, live and work quietly—why go any farther?’ 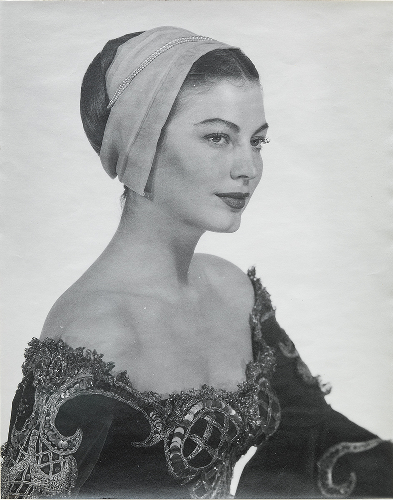 During his storied career, Man Ray’s work spanned a variety of media: painting, photography, sculpture, printmaking, film, poetry, and prose. His work aligned variously with Cubism, Futurism, Dada, and Surrealism, yet retains its own distinct style. Early in his career, from 1920 to 1940, Man Ray worked primarily as a fashion photographer, in Paris, shooting for Vanity Fair, Vogue, and Harper’s Bazaar, as well as designers such as Vionnet, Lanvin, Chanel, and Schiaparelli. When World War II came to Paris, in 1940, he escaped to the United States, settling in Los Angeles, where he deliberately moved away from commercial photography, to focus on making fine art.

This exhibition explores the collection of original silver gelatin photographs from Man Ray’s “Hollywood” period. Throughout his vast body of work, Man Ray alluded to relationships between the real and the fictive, with a deft mastery over the liminal territory between the abstract and the figurative form. However, these black-and-white, high contrast, carefully composed works eschew the abstract qualities of his innovative rayographs. Instead, they are striking portraits that document his life, social circle, and surroundings, as well as the landscapes and streetscapes of his wartime sanctuary city. These images not only find their own niche within Man Ray’s work, but also give context to his life in California: Many of the portraits are of famous figures with whom he spent his California years, including Ruth Ford, Ava Gardner, Jennifer Jones, Tilly Losch, Jean Renoir, and Igor Stravinsky.