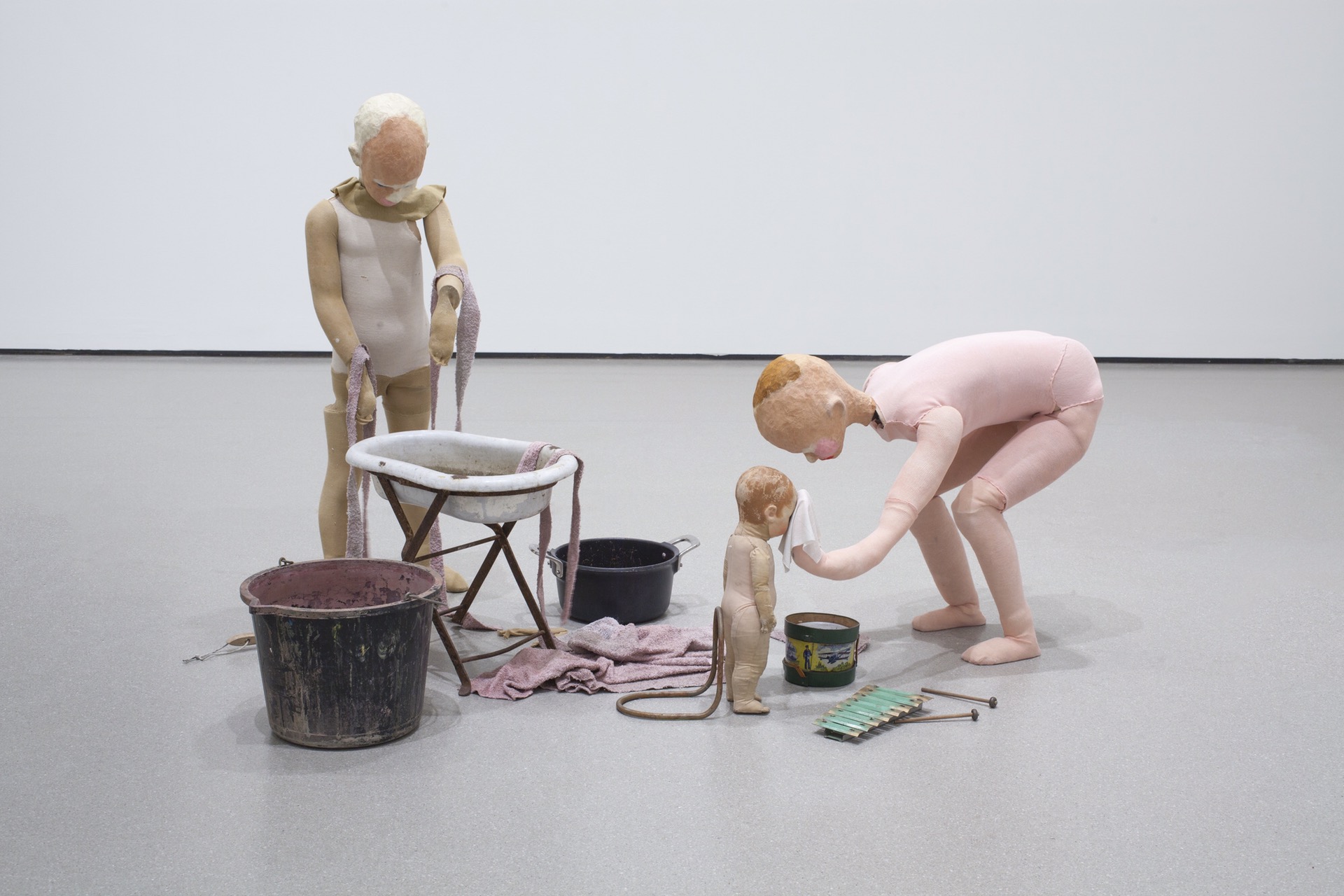 MoMA PS1 presents the first monographic exhibition of Cathy Wilkes (Irish, b. 1966) in New York.
The largest exhibition of the artist’s work to date, Cathy Wilkes features approximately 50 works from public and private collections throughout Europe and North America as well as new pieces created for the show, offering a broad view of Wilkes’s work since 2004. The exhibition is organized in conjunction with Wilkes’s receipt of the first Maria Lassnig Prize, awarded by the Maria Lassnig Foundation in 2016.
Over more than two decades, Cathy Wilkes has created a body of work that engages with the rituals of life, combining paintings, drawings, sculptures and objects both found and altered. Regularly employing quotidian products and residual materials drawn from her domestic life and environment in Glasgow, Wilkes’s installations connect the banalities of daily existence to larger archetypes of birth, marriage, child-rearing, and death. This combination of the personal and universal parallels a meditation at the heart of her work, in which Wilkes’s art enacts an exercise in empathy, exposing deeply felt subjective experiences while also insisting upon the fundamentally private nature of artmaking.
Wilkes is one of the most important artists of her generation, having emerged in the late 1990s and exhibited with greater frequently over the past fifteen years. Her individual installations and larger exhibitions are marked by arrangements of objects that appear both precarious and precise, vulnerable and brutal. She often recomposes older pieces into new variations, and has more recently applied a similar approach to the design of her solo exhibitions. Repurposing select elements of extant works and combining them into new installations, Wilkes upends the “retrospective” structure of a mid-career exhibition, confounding our experiences of past and present and challenging conventions of art history that would seek to interpret her work in a clear progression. Her materials are similarly deployed without hierarchy: a painting could hang on the wall but may alternately be affixed to the face of a mannequin, or sit on the floor. A ceramic saucer might sit plainly beside a jam jar or some bells; another could appear glued to a canvas, daubed with paint.
Eschewing the framing or supports typical to exhibition display, Wilkes emphasizes a direct interaction with her work. There are no pedestals for her work; vitrines are inverted into open containers. As such, limited numbers of visitors are invited to carefully wander among installations whose boundaries are not always obvious or easily discernable, heightening our attention to the shifting relationships she creates between the various elements that comprise her works. In Wilkes’s practice, the process through which art transforms the commonplace has less to do with modern displacements of the readymade than with more cyclical, ancient systems of magical belief. “All objects can become transcendental,” she has noted, even though she feels there is “no need for someone to fully understand.” Wilkes’s art is best approached as a markedly subjective and singular vision–a private world that nevertheless evokes common instabilities and human vulnerabilities recognizable far beyond the confines of her studio.

FADNewYork – Something For The Weekend: Lucky Dragons and more @MoMA PS1