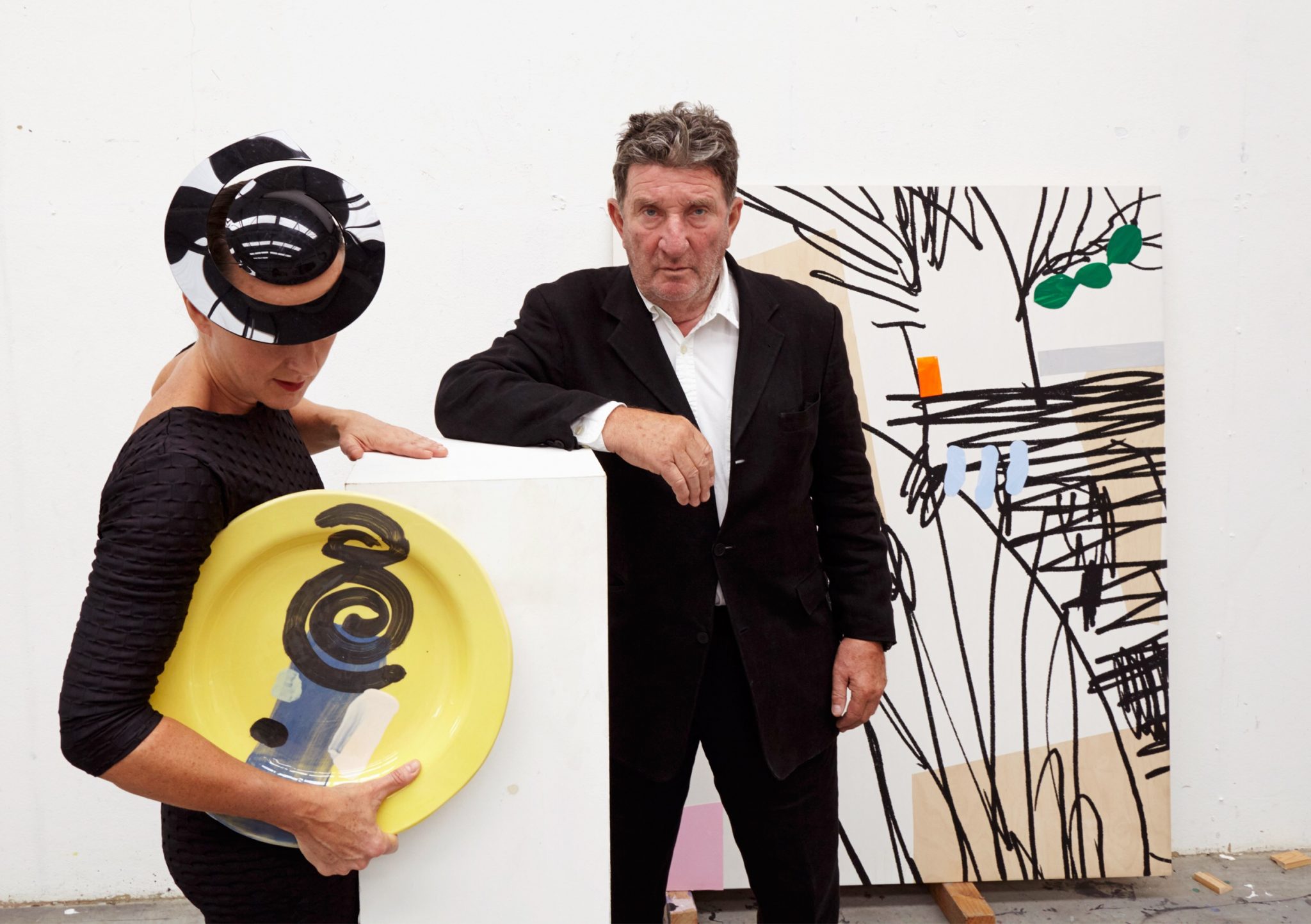 August 2017, London – Unscripted | Bruce & Flora McLean is a unique collaboration between father and daughter Bruce and Flora McLean, influenced by the extraordinary breadth of ideas that come out of their shared West London studio and curated by art historian Dr Paula Terra-Neale.

The exhibition at contemporary art space One Paved Court will recreate the atmosphere of studio life, including behind-the-scenes pieces and samples not usually shown in a gallery space. A selection of finished work will be set against the drawings, sketchbooks, magazines, photos, catalogues and other materials that inform their work, offering a better understanding of their creative processes and tracing what goes into the process of making.

The show will draw from Bruce and Flora’s vibrant practice and their free process of artistic production, placing a strong emphasis on their interdisciplinary approach to contemporary conceptual work. It will also demonstrate their shared energy and artistic inventiveness and willingness to embrace other art forms and disciplines, such as film, music, performance, as well as a use of bold colours, sharp geometric forms and an interest in the unconventional use of materials and media.

The exhibition gives visitors a rare insight into their artistic vision, and the lively and challenging professional relationship between father and daughter – sculptor and designer.

“This show is special and quite unique because it is a great chance to work with my daughter Flora, and we are both happy to accept the curator’s invite into exploring these relations between our work.”

About The Artists
Bruce McLean is one of the major figures of contemporary British Art. Born in Scotland in 1944, he studied at the Glasgow School of Art (1961-63) and St Martin’s School of Art (1963-66), going on to gain international recognition for his sculpture, paintings, prints, ceramics and work with film and theatre. Solo exhibitions include Tate Gallery in London, the Modern Art Gallery in Vienna, Leeds Art Gallery, firstsite, Colchester and Museum of Modern Art, Oxford and his work can be found in collections such as the Arts Council, the British Council, Museum Moderner Kunst Stiftung Ludwig Wien, the Scottish National Gallery of Modern Art, and the Tate. His recent exhibitions at both Tanya Leighton Gallery in Berlin and Bernard Jacobson Gallery in London reflect his inventive and unsettling spirit. Bruce Mclean was Professor at the Slade, and visiting professor at the Stadel Schulle in Frankfurt. He was appointed Emeritus Professor at the Slade in 2009. McLean lives and works in West London.

Flora Mclean is an accomplished fashion designer whose hats and accessories have achieved global success. Her House of Flora fashion label is known for its unique playful styles and has won her a loyal following in the fashion world. Her legendary PVC beret (worn by Beyoncé) was exhibited in The Victoria and Albert Museum as part of the Anthology of Hats exhibition 2009 and she won the Jerwood Contemporary Makers Prize in 2010. Her ongoing collaboration with Neil Moodie hairstylist ‘Iconic Heads’ is now in its eighth year. McLean designed visors for the Jamaican Team/Puma for the 2012 Olympics as well as taking part in Hatwalk, a hat tour of statues in central London. McLean also made a hat for Wellington in Hyde Park Corner. Currently tutor in Footwear, Fashion Accessories and Millinery at The Royal College of Art, as well as being a ‘technical surgeon’ and lecturer at the Architectural Association. Flora lives and works in West London.
Dr Paula Terra Neale – A Brazilian-British art historian and curator. She holds an MA in Art History and Culture from PUC-Rio University and a PhD on Art History and Theory (Contemporary Art and Latin America) by Essex University. She has coordinated art projects for the Rio Cultural Foundation Casa-Franca Brasil, the British Council Rio Arts, the Arts Council (Public Art), the Collection of Latin American Art of Essex (ESCALA), Modern Art Oxford, and Firstsite (Colchester and District Visual Arts Trust). Currently Head of Terra-Arte a curatorial practice and projects gallery working in London, Aylesbury and Rio de Janeiro.
One Paved Court – Opened in June 2017, One Paved Court is an artist-run gallery and studio space in Richmond, West London, located off Richmond Green. Set-up and run by a group of artists and architects, it works with leading, established artists and aims to offer an alternative to the conventional commercial gallery model in order to support and showcase emerging contemporary artists. Forthcoming exhibitions include: The Role of Image II (9-19 August 2017), Gabriela Schutz (1-30 Sept 2017) and Norman Ackroyd (20 April-26 May 2018).