Too Young For What? Celebrate the creativity of Jean-Michel Basquiat - FAD Magazine
Skip to content 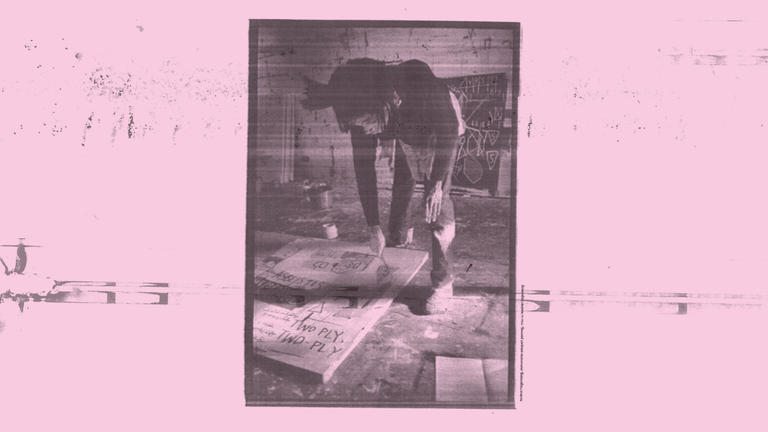 Too Young For What? is a free day of art and activities – an explosion of creativity across the Barbican Centre – stretching from the lo-fi to the high-tech, inspired by Barbican Art Gallery exhibition Basquiat: Boom For Real (21 Sep 2017 — 28 Jan 2018), the first large-scale exhibition in the UK of the work of American artist Jean-Michel Basquiat (1960­1988). Visitors can explore different forms of contemporary creation including poetry, zine-making, glitch art, performance and film. The day includes insightful talks and newly commissioned responses to Basquiat’s work by cutting edge artists, art hacks, workshops, debates and installations – all driven by Barbican Guildhall Creative Learning’s work with young artists and collectives from east London.

Basquiat came of age in the late 1970s in the post-punk underground art scene in downtown New York. Alongside his acclaimed paintings he collaborated with other artists, most famously Andy Warhol, created murals and installations for notorious New York nightclubs including the Mudd Club, Area and Palladium, and in 1983 produced Beat Bop, a classic hip hop record with K-Rob and Rammellzee. Basquiat’s legacy continues to inspire new generations to reinvent and redefine creative expression, cross artistic boundaries and defy art-world conventions. Finding success while still in his teens, Basquiat was seventeen when one curator told him that he was still ‘too young’. His response: ‘Too young for what?’’

The day includes a free screening of Downtown ’81, starring Basquiat, and free entry to John Akomfrah’s installation Purple in the Curve. Visitors aged from 14 to 25 can sign up to the free Young Barbican membership scheme to pre-book entry to Basquiat: Boom for Real for just £5. In the evening, Young Barbican members can book discounted £10 tickets to catch legends of downtown New York’s 1980s scene Kid Creole & the Coconuts and Arto Lindsay.

Too Young For What? is organised by Barbican Guildhall Creative Learning, which supports people of all ages and backgrounds to access and engage with world-class arts.