A range of Basquiat art skateboards created by The Skateroom are now available through the Barbican Shop, to accompany Basquiat: Boom for Real – the first large-scale exhibition in the UK of the work of American artist Jean-Michel Basquiat. The boards carry the artist’s iconic paintings from the early eighties. 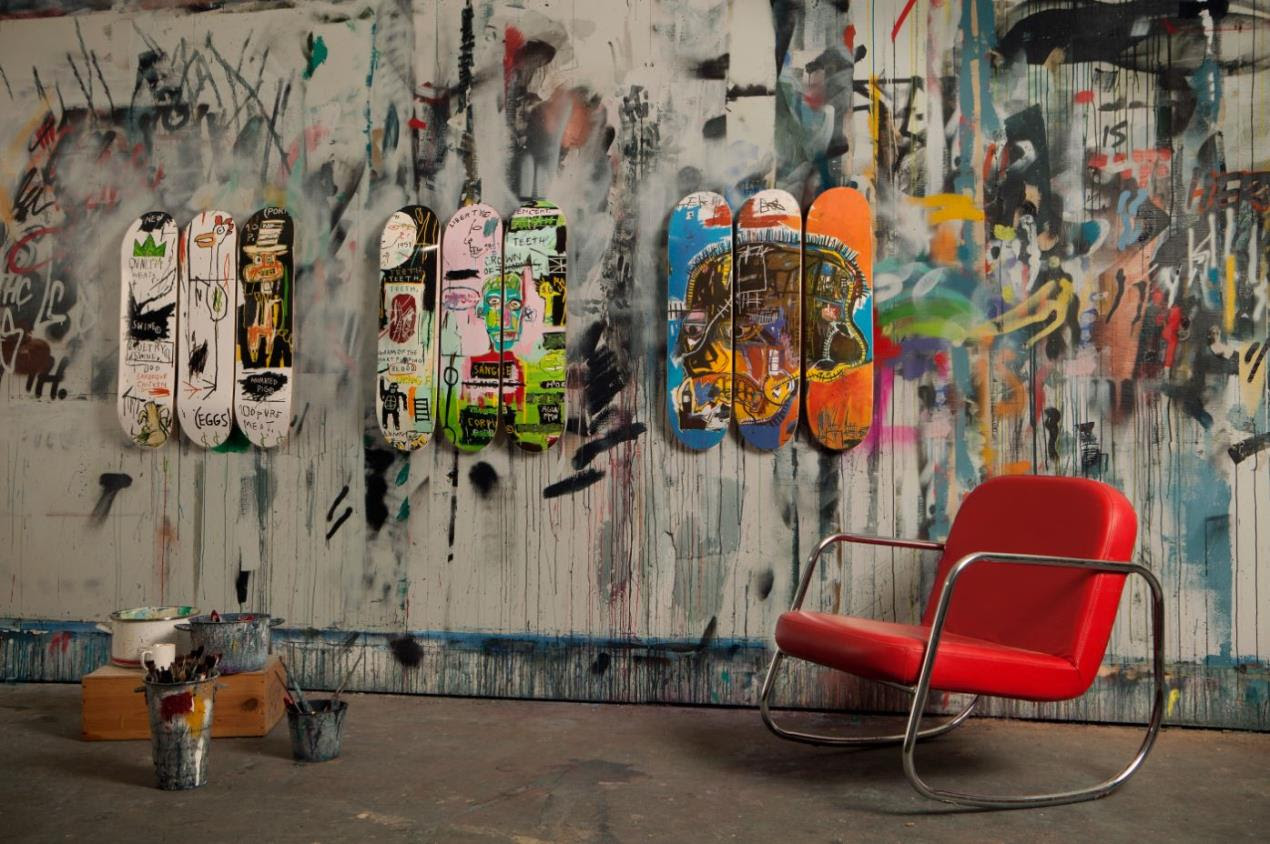 Basquiat: Boom for Real (Barbican Art Gallery, 21 September 2017 — 28 January 2018) is a major exhibition of work by Jean-Michel Basquiat (1960­-1988). One of the most significant painters of the 20th century, Basquiat came of age in the late 1970s in the post-punk underground art scene in downtown New York. His vibrant, raw imagery, abounding with fragments of bold capitalised text, offers insights into both his encyclopaedic interests and his experience as a young black artist with no formal training. Since his death in 1988, Basquiat has had remarkably little exposure in the UK; not a single work of his is held in a public collection. Drawing from international museums and private collections, Basquiat: Boom for Real brings together an outstanding selection of more than 100 works, many never seen before in the UK.


More details on the exhibition HERE