Bermondsey’s Drawing Room styles itself as Europe’s only public non-profit gallery dedicated to drawing. Its thirteen-strong group show Graphic Witness is a response to political and social injustices that are usually mediated by photography.

The first thing that strikes you is the scale of the work. At three metres across, Joy Gerrard’s Protest Crowd, Chicago, USA, Trump Rally (2016) (2017) in fathomlessly black indian ink goes beyond documentary realism into ambiguous commentary, drawing on our mistrust of images in a world that seems more and more unreal. 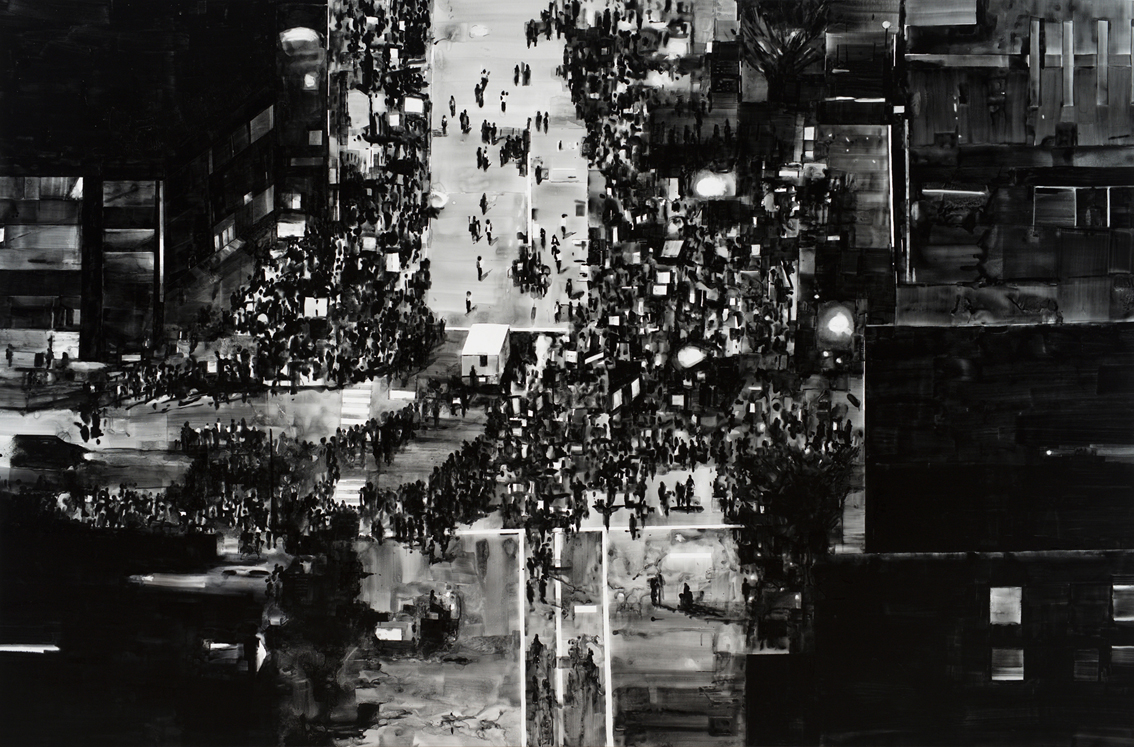 Mounira Al Solh’s Are you pretending to be Jesus? (2017) depicts a Syrian general who refused to shoot on anti-Assad protesters and was nailed to a cross. The same urgency and rawness in Erik van Lieshout’s untitled messy charcoals express the anger and frustration of rioters against the war with ISIS. 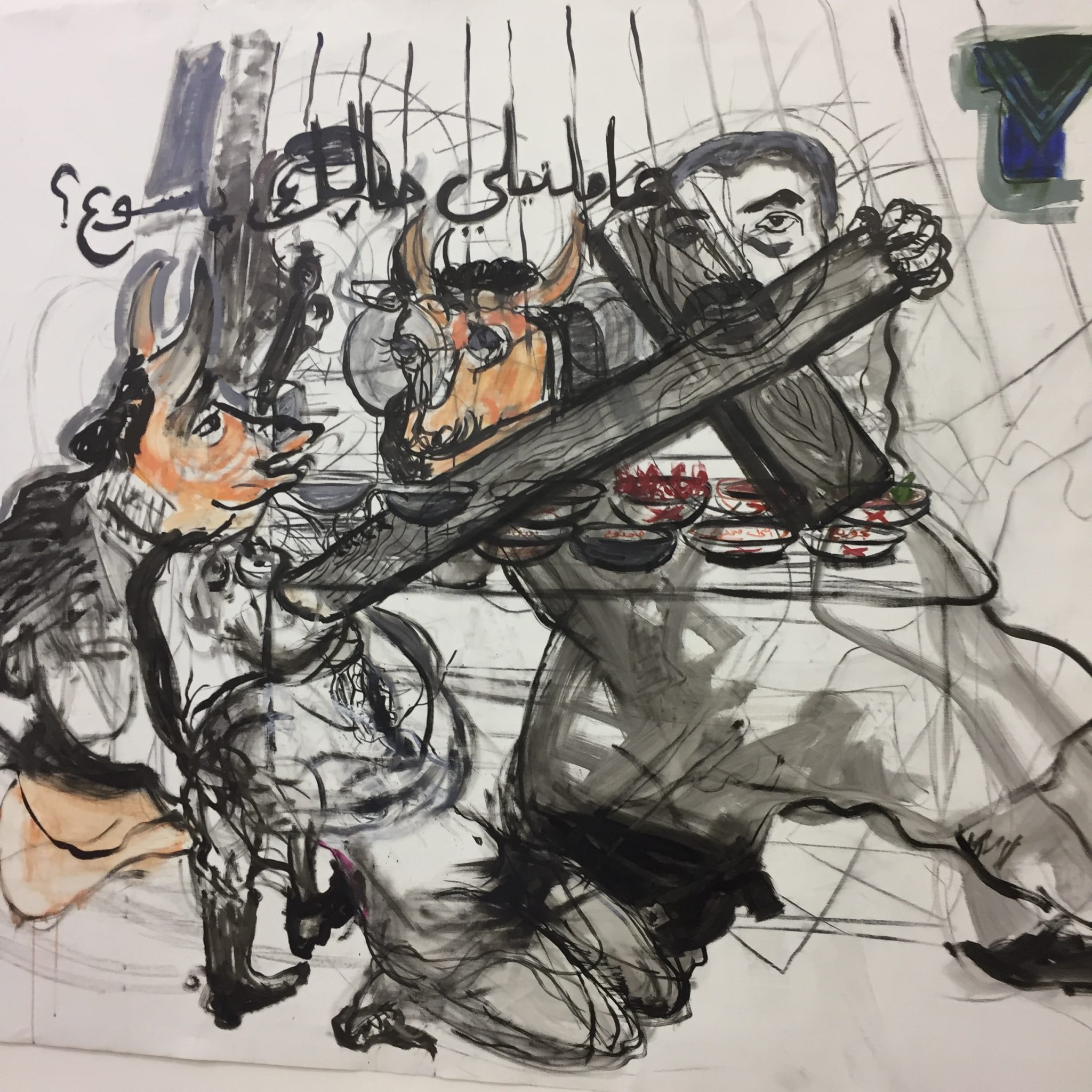 Rirkrit Tiravanija depicts protest in Indonesia with empathy and inclusivity. Leon Golub’s pencil studies for paintings of the Vietnam conflict defamiliarize its well-worn imagery. Georg Grosz’s 1930s satirical caricatures of the Nazi regime and Andrea Bowers’ contemporary cartoons of Fascist police are more shocking than funny. Catherine Anyango Grunewald’s slowed down CCTV film The Death of Michael Brown 9.8.2014 (2015) brings together the connecting theme of violent acts committed by the strongest against the weakest.