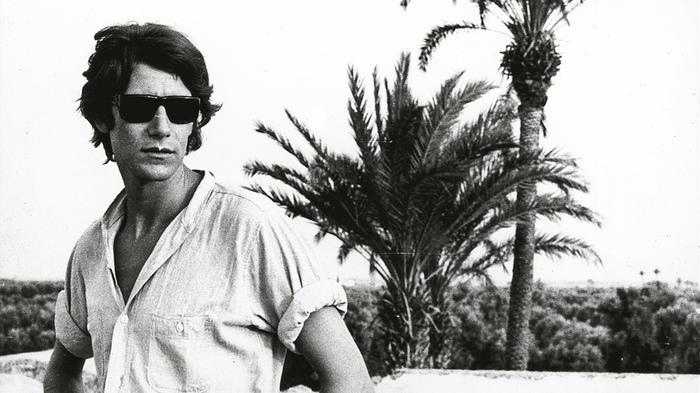 Some 15 years have passed since Yves Saint Laurent’s final runway show at the Centre Pompidou and the closure of the haute couture house that bore his name. During these 15 years, the memory of the designer has been preserved and maintained, thanks to the activities of the Fondation Pierre Bergé – Yves Saint Laurent, whose mission has been to safeguard the couturier’s heritage and promote his oeuvre.
In autumn 2017, two museums dedicated to Yves Saint Laurent will open in two cities which were important to him, in Paris on 3 October and Marrakesh on 19 October.

“When Yves Saint Laurent first discovered Marrakesh in 1966, he was so moved by the city that he immediately decided to buy a house here, and returned regularly. It feels perfectly natural, 50 years later, to build a museum dedicated to his oeuvre, which was so inspired by this country. As for Paris, who needs to specify that it is where Yves Saint Laurent created all his work and built his career?”

The Musée Yves Saint Laurent Paris will open at 5 avenue Marceau, the hôtel particulier where the couture house was based for almost 30 years and which has been home to the Fondation Pierre Bergé- Yves Saint Laurent since 2004. The museum, which will enjoy more than 450m2 of exhibition space, will alternate retrospective shows and temporary thematic displays. More than just a monographic museum, the institution will tell the story of a period in which the haute couture was part of a way of life that no longer exists today.
Located on Rue Yves Saint Laurent near the Jardin Majorelle, the musée YVES SAINT LAURENT marrakech has been conceived as a cultural centre. Spanning over 4,000m2 the institution includes a permanent exhibition space, a temporary exhibition gallery, a research library, an auditorium, a bookshop, and a café.

“In Morocco, I realised that the range of colours I use was that of the zelliges, zouacs, djellabas and caftans. The boldness seen since then in my work, I owe to this country, to its forceful harmonies, to its audacious combinations, to the fervour of its creativity. This culture became mine, but I wasn’t satisfied with just absorbing it; I took, transformed and adapted it.”

For over 40 years, Yves Saint Laurent continually created a style that was truly his. His clothes belong to the history of the 20th century, accompanying as they did, the emancipation of women across all areas of life. The pea-coat, trench-coat, tuxedo, trouser suit, and safari jacket are items in every woman’s wardrobe. Yves Saint Laurent is also the last of the great designers and was nostalgic for a period that was marked by the splendour of haute couture. His lavish evening dresses also show his homage to painting,
literature, theatre and fashion. The opening of these two museums dedicated to his work will give prominence to Yves Saint Laurent as one of the greatest artists of his time.

“I have always said that memories should be transformed into a project, and that is what we have done with this Fondation. 2017 marks a new chapter with the opening of two Yves Saint Laurent museums in Paris and Marrakesh. And so continues the adventure we began so long ago, when we didn’t know what fate would have in store for us.”