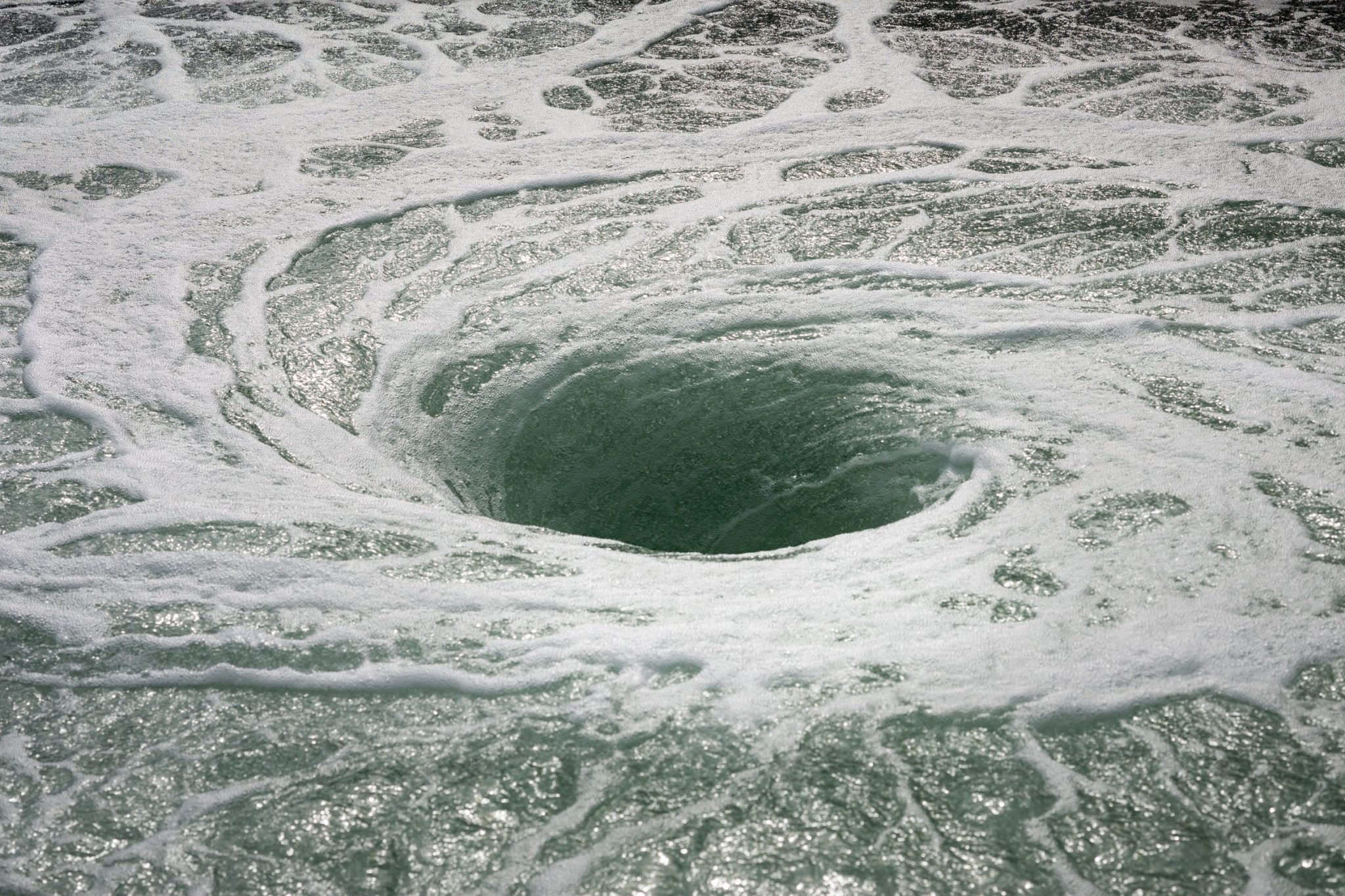 The piece is sited at Pier One of the narrow park, which occupies a post-industrial site that stretches 1.3 miles along Brooklyn’s East Riveredge. 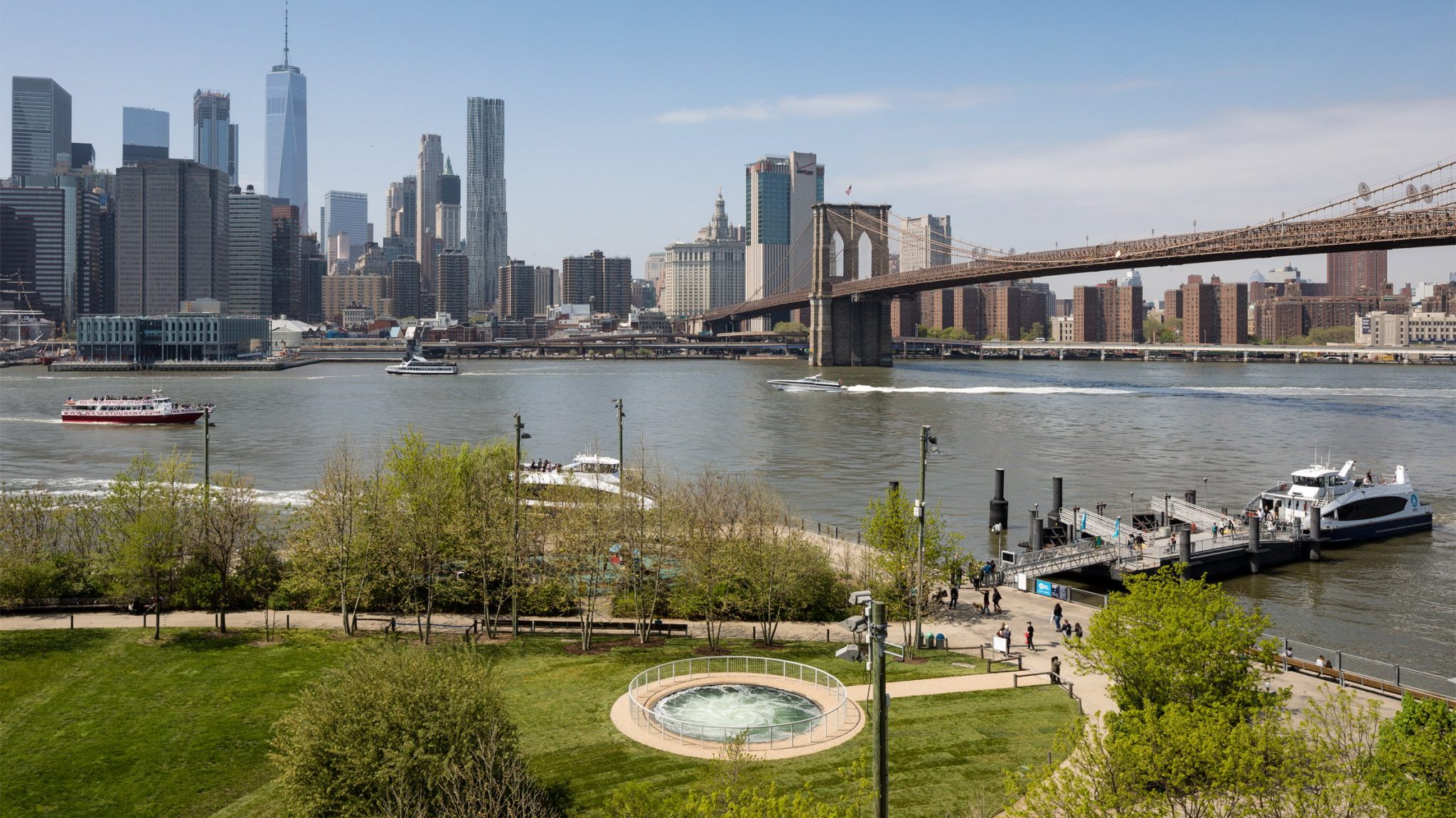 Measuring 26ft in diameter, the pool of water spins in a vortex that appears to collapse at its centre and descend into the ground. The artwork is surrounded by a railing, allowing viewers to peer down into the ominous whirlpool.

When previously exhibited the water in the whirlpool has been treated with an all-natural black dye, giving the illusion of a black hole. For this installation the water has been left pure.

“One of the things I really like about the piece here is the degree of transparency of the water and the relationship to the river,”

said Nicholas Baume, director of the Public Art Fund, which presented the artwork as part of its 40th anniversary celebrations.

Descension will be on show daily from 9am to 9pm until 10th September 2017 at Pier One, Brooklyn Bridge Park. 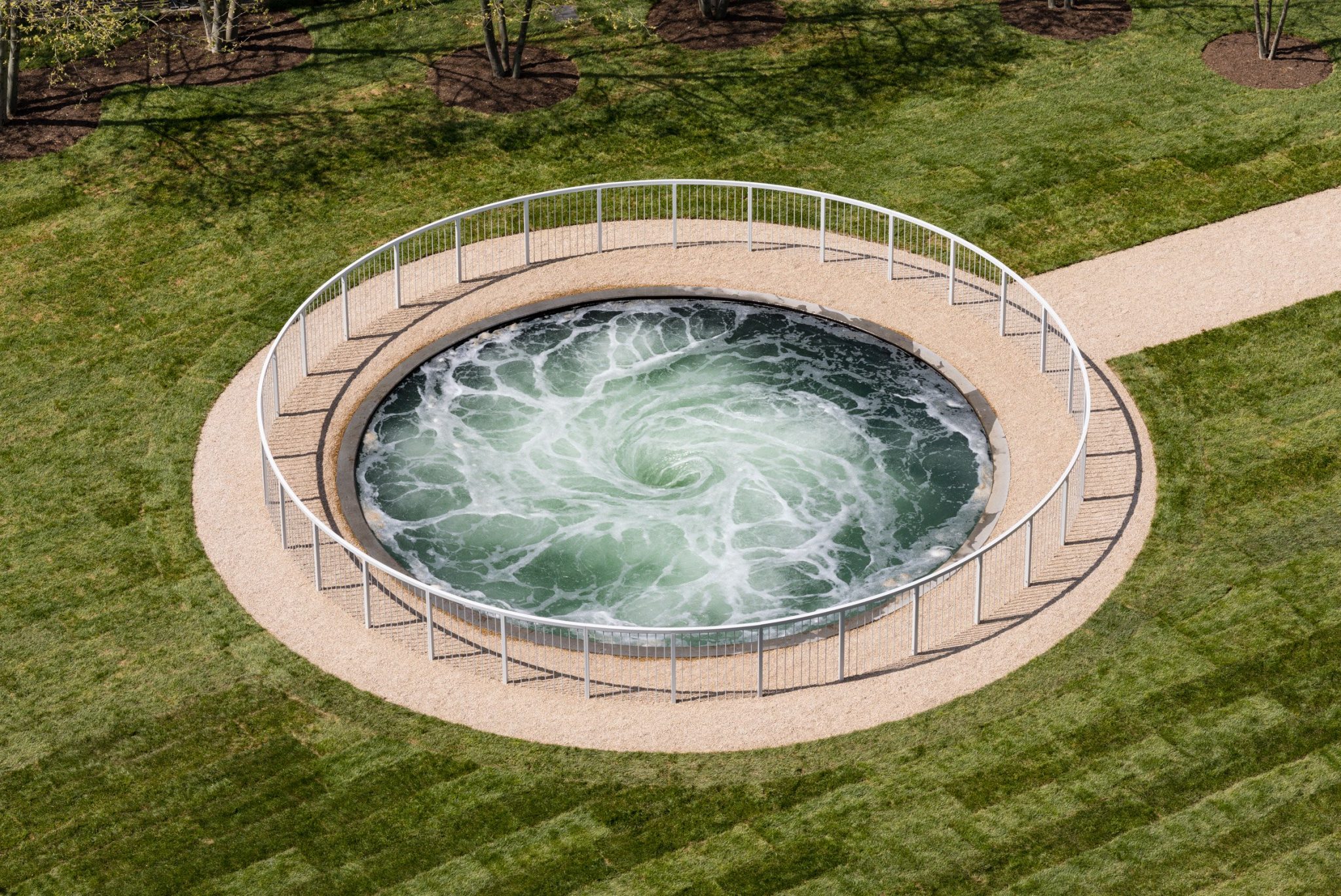 Photography is by James Ewing, courtesy of the artist and Public Art Fund.