300 Works by Mondrian to go on display in blockbuster exhibition. - FAD Magazine
Skip to content

The entire holding of works by Piet Mondrian will go on show at the Gemeentemuseum in The Hague in a groundbreaking exhibition The Discovery of Mondrian. 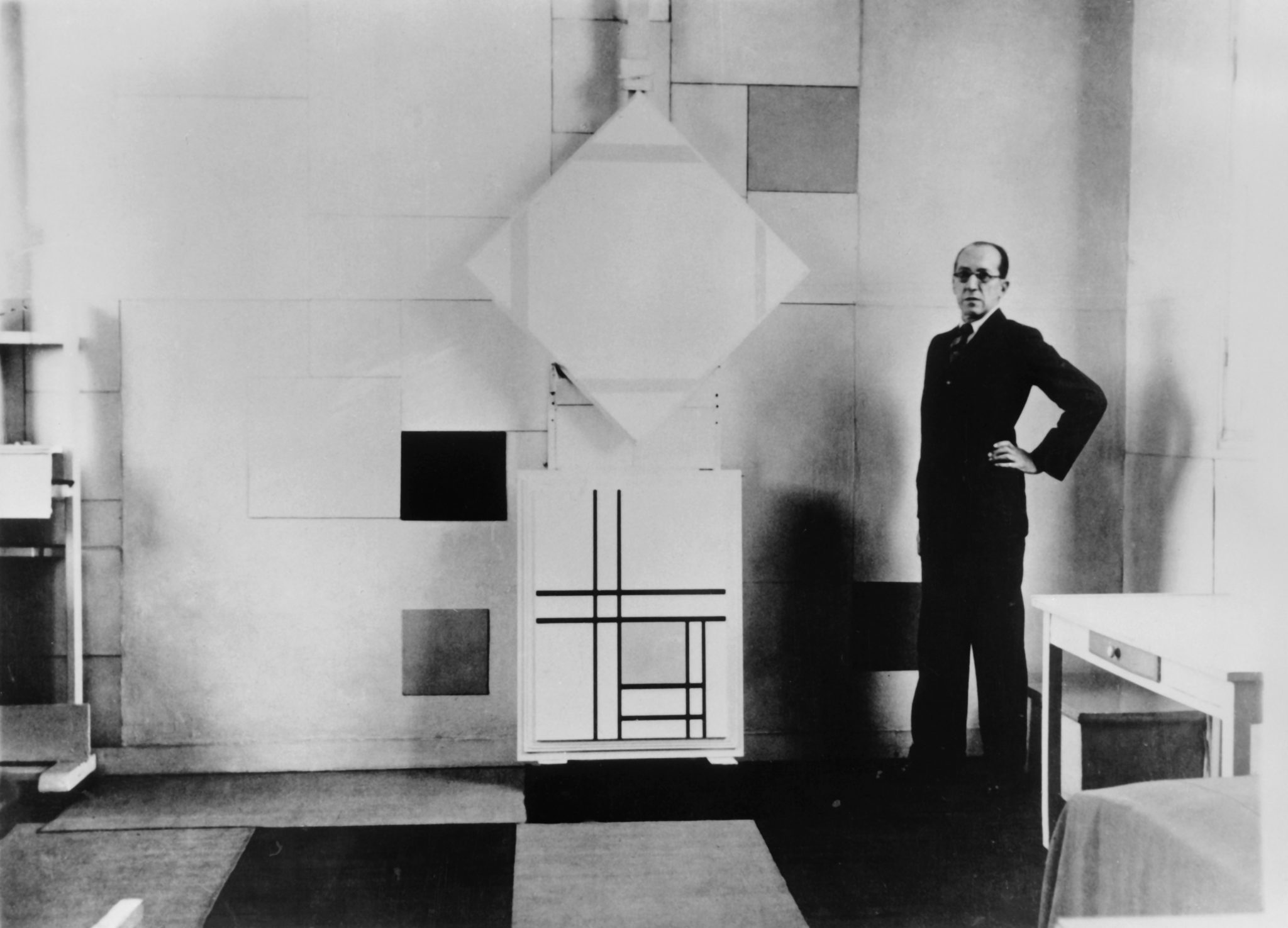 The Gemeentemuseum’s collection,the largest in the world, has never before been seen together in its entirety. The exhibition, which coincides with the centenary of the beginning of De Stijl, will include every single work by Mondrian owned by the museum – some 300 paintings and drawings – making it the most ambitious survey of Mondrian ever mounted. Together these works create a journey through modern art, and tell the story of Mondrian’s life in the international cities of Amsterdam, Paris, London and New York.

The exhibition, co-curated by Benno Tempel, Director of the Gemeentemuseum Den Haag, with curator Jet van Overeem, presents a radical new reading of the artist, which reflects the clarity and scholarship of Hans Janssen, the Gemeentemuseum’s Mondrian Curator since 1991, and a world expert on Mondrian and De Stijl. Looking closely at the context in which Mondrian began working, Hans Janssen presents a new, and much more open perspective on the artist, away from the lens of mid-twentieth-century modernism and closer to the work of American abstract expressionists such as Mark Rothko. 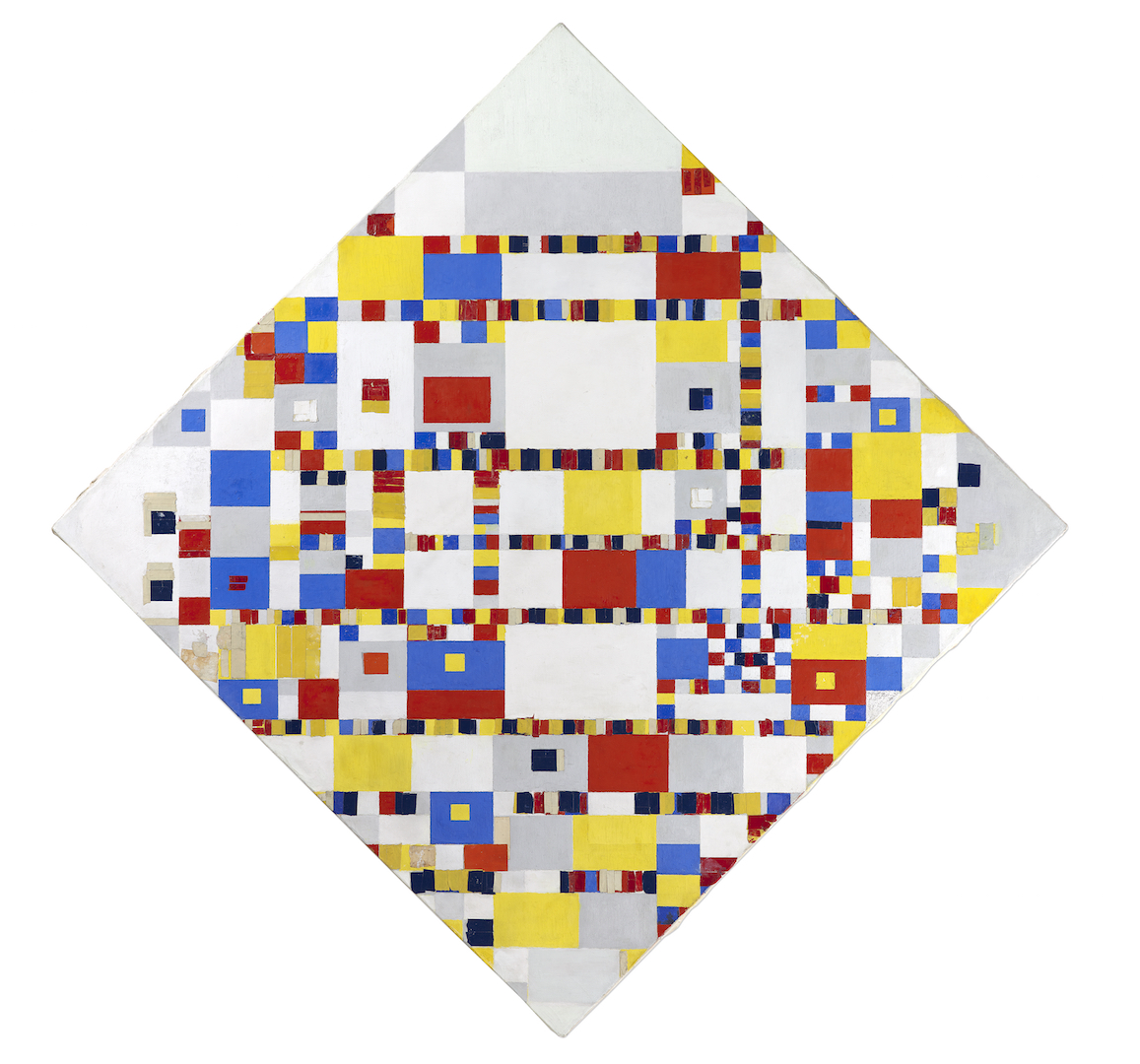 Pride of place will be given to Mondrian’s final painting, Victory Boogie Woogie, begun in 1942, left unfinished upon his death in 1944, which never leaves the museum. Painted in expectation of victory in World War II, it is made up of almost 600 different individual compositional elements, one of the largest canvases he ever worked on. Acquired by the Gemeentemuseum in 1998, the expert team at the museum undertook an intensive two-year investigation of this complex work between 2006 and 2008, the results of which were published to enable better conservation techniques of other works by Mondrian and similar valuable paintings, both modern and classical. 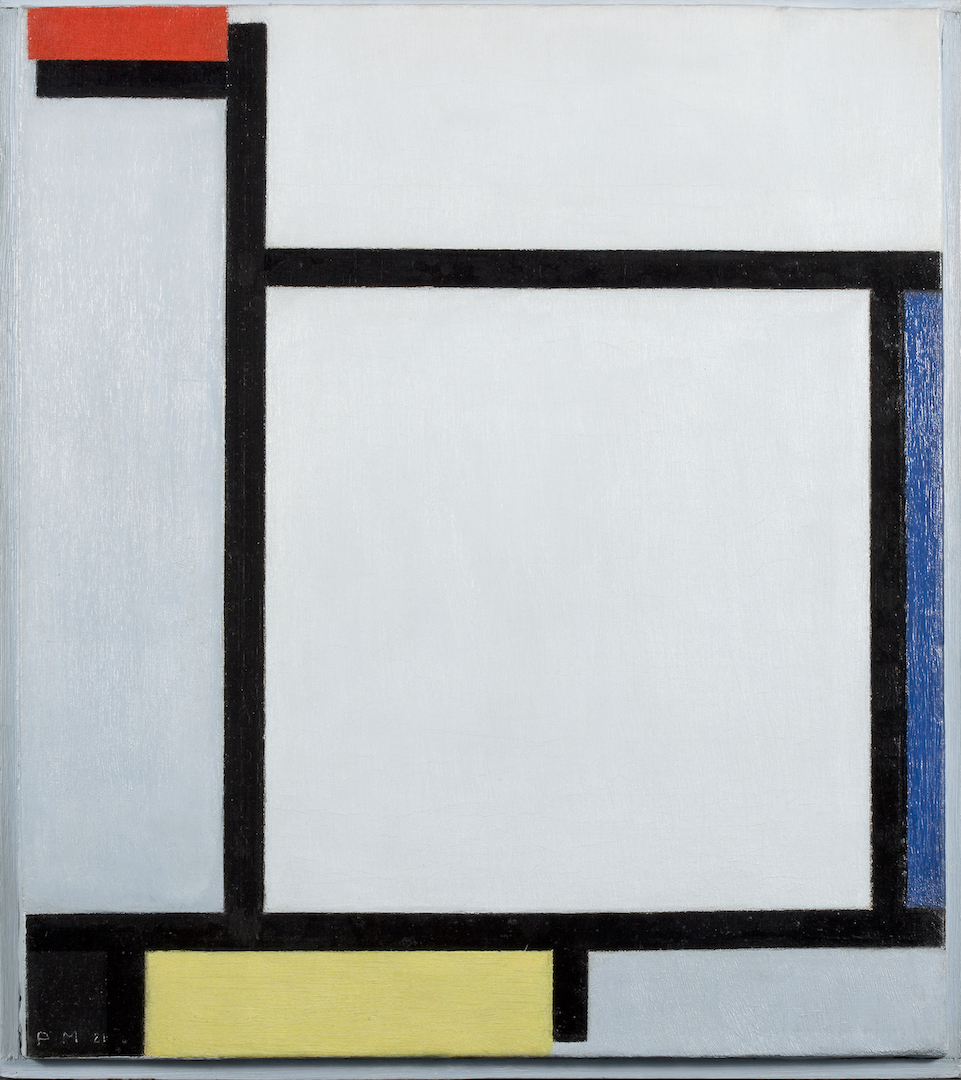 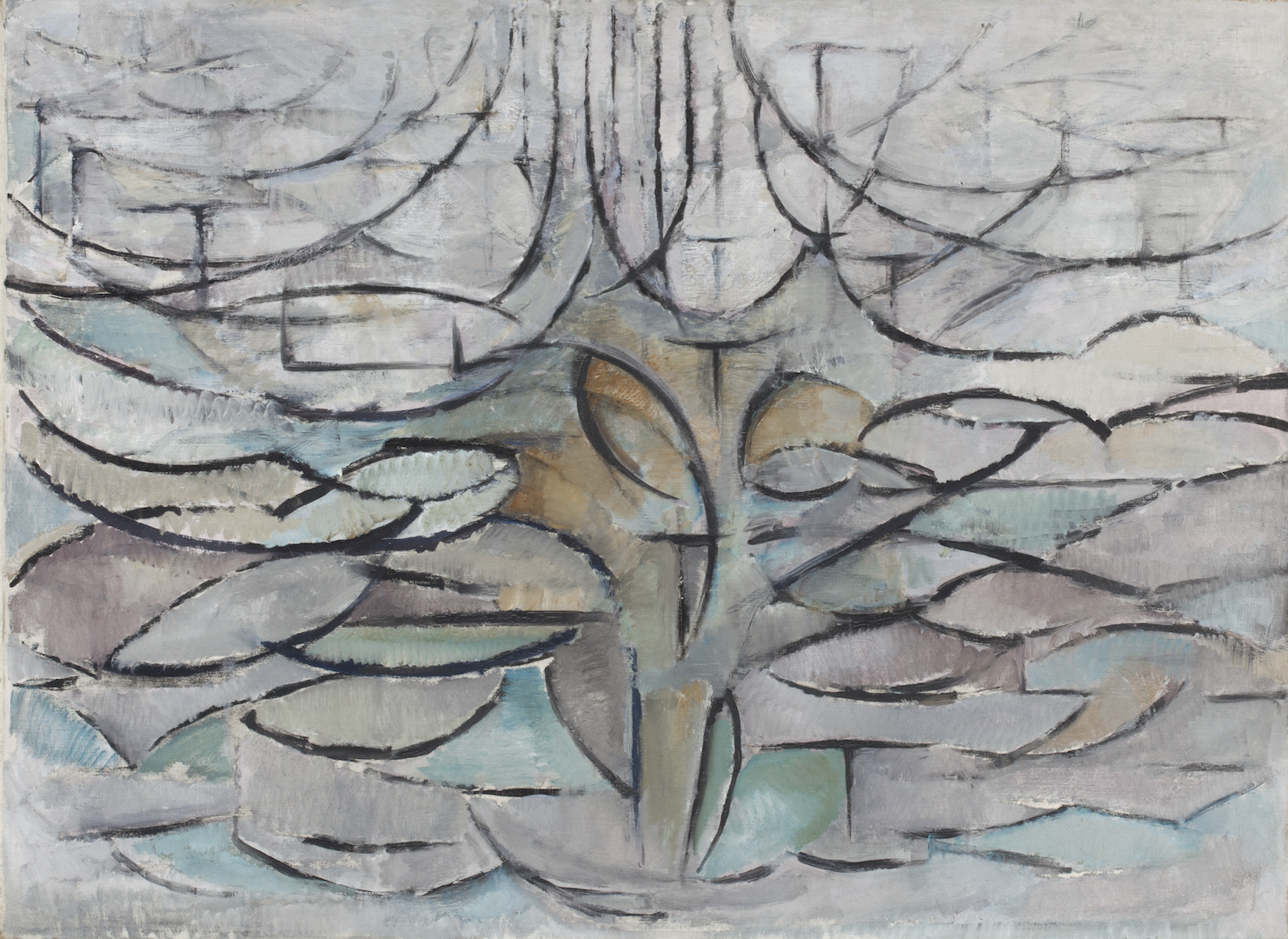 As well as two dimensional works and objects owned by Mondrian, such as his jazz record collection, models of the Amsterdam, Paris and New York studios will be featured. Regular jazz performances will take place in the museum, reflecting the musical aspects of composition and rhythm in Mondrian’s painting.

Celebrating the presentation of the exhibition, The Hague itself is being transformed as a giant Mondrian outdoor gallery. City Hall is adorned with huge panels, described as the ‘largest Mondrian painting in the world’, floating cube shaped pontoons are installed on the Hofvijver, the lake in front of the Dutch parliament building.

“Mondrian was perhaps the first painter ever to be purely concerned with the formal qualities of the brushstroke, and with the optical, through line and light, rather than with any theory or philosophy. Mondrian has for a long time been viewed through the lens of mid-twentieth-century modernism, or even through Bauhaus, leading to a lot of misunderstanding. But if you look closely at the context in which Mondrian began working, and the role of De Stijl, whose roots were in the artisan, the work looks quite different. Hans Janssen gives us a new, and much more open, perspective. This also chimes with the hunger of new, younger generations, unfettered by dogma about modernism, to find out more about the artist.”

A recent study of laboratory mice at Keio University in Japan has sought to uncover whether the small animal could distinguish between various works of art by Kandinksy, Renoir, Picasso and Mondrian.

I’m a bit of a Jackson pollock in bed, and I think that carries over into my artwork. I draw my lines jarring and with added pressure at the end, and I fuck like that as well.

Over the last few decades, the Art Gallery of Ontario has put together arguably the greatest collection of works on […]