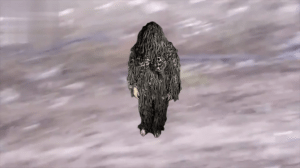 Still from Tactical Vest. Courtesy of the artist.

Can you talk a bit about your video series, Tactical Vest which examines the fairly recent phenomenon of Airsoft?

It’s not about Airsoft to be honest, (although I am working on something along those lines). Or about the UK Prepping scene either, (although the main character is very into both of these worlds).

A middle aged financially successful construction site manager with two children, a wife and a decent car from Essex secretly prepares himself for the fall of society, a global environmental disaster or the end of the world. The three films follow and aim to examine his character and motivations as he prepares for the worst.

Do you see Airsoft as a way for its players to escape in the safety of an environment outside of society or a reflection and offshoot of mainstream culture?

It’s difficult for me to say entirely as there are so many strands to it and levels of how seriously it’s taken by players. Partly, it is just a natural progression of entertainment or sport or recreational culture for sure; and a completely logical one at that…as let’s be honest shooting guns is fun. It’s unavoidably fun. And so if there can be made a game out of that where you don’t have to risk the safety of your skull then yeah of course sure..do it..I guess?
But, I definitely think it’s a phenomenon that can and could only ever exist in countries that are entirely void of any real recent experiences of actual war and it does represent in itself a milestone in human history – that we have perhaps progressed so far as a species as to get to a point where entire nations have absolutely zero experience of real pain and war (including myself), that we can start as grown adults playing war as a weekend activity before Wetherspoon’s.

A lot of your work examines violence fetishism and masculinity. Can you talk about this thread in your practice?

Partly it’s that I do fetishise violence myself.
I do still think it’s cool. I do love the UFC and I do watch fight clips on Facebook daily, but then also I think most of us do, and the blanket assumption that all violence is always abhorrent and we don’t find it seductive is annoying to me and seems to be a recurrent myth…So part of it is just honesty.
The masculinity question is partly that my Mum died at a formative age meaning I was then surrounded by predominantly male influences (as my family is small and all men really) so I think it was inevitable that I gravitated towards questioning all the usual young male shit, of what does it mean to be a man blah blah…etc.
But beyond that I also think often work (and not only my own, although I admit some of my work is definitely about masculinity) gets mislabeled as being something to do with masculinity just because it’s made by a straight male. Which is ridiculous. 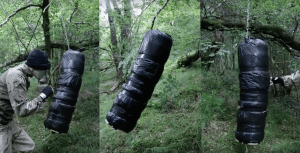 Still from Tactical Vest III. Courtesy of the artist.

Your work seems to deal with the relationship between our physical experiences and an immaterial, virtual world. For example, in the video Apex Predator, you use video game footage. Can you talk a bit about this?

Yeah, I have a tendency to be obsessed with seemingly benign tech systems of pop culture social mechanisms…like Snapchat. And stuff that either represents or interferes with the idea of a collective consciousness and a collective societal idea of ‘self’ or ‘selfness’ that I am becoming more convinced exists and is easy to manipulate. Hitman is a great game. I haven’t played it. But it looks fucking beautiful.

The video also appropriates online clips. For example, in a clip found on youtube, we are shown a turtle attempting to bite the oxygen cord of a diver. Can you talk about this appropriation and the way we view images today?

Hmm, that clip was such a perfect distillation of the alien-ness of us as humans now, and I just found it as it was on youtube. The fact that we can weld underwater, that humans have gotten so far beyond the creation of fire that we can set stuff on fire underwater is incredibly unnatural and incredibly un-incredible. That clip; the level as to which we are the apex predator’s of this planet is just such a joke, that not only can this diver enter the turtle’s environment whenever he wants (an environment that naturally he isn’t even supposed to be able to breath in. That’s mad) and freely build whatever he wants and destroy/alter it however he wants, that he can literally start setting things on fire underwater – that’s insane. And insanely un-insane.
And the futile attempt of the turtle to try and (albeit, probably just inquisitively) bite through the diver’s oxygen chord that links his body to life within an alien environment was mental in just how feeble of a bite it seemed. 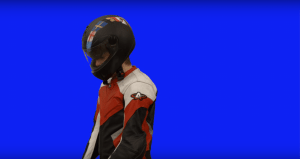 ?
Still from Apex Predator. Courtesy of the artist.

What are you working on at the moment?

A film about the literal space between the back of your eyeballs and your brain.
And some other projects. 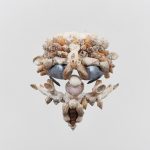