LURKING HARD WITH THE LURKERS - FAD Magazine
Skip to content 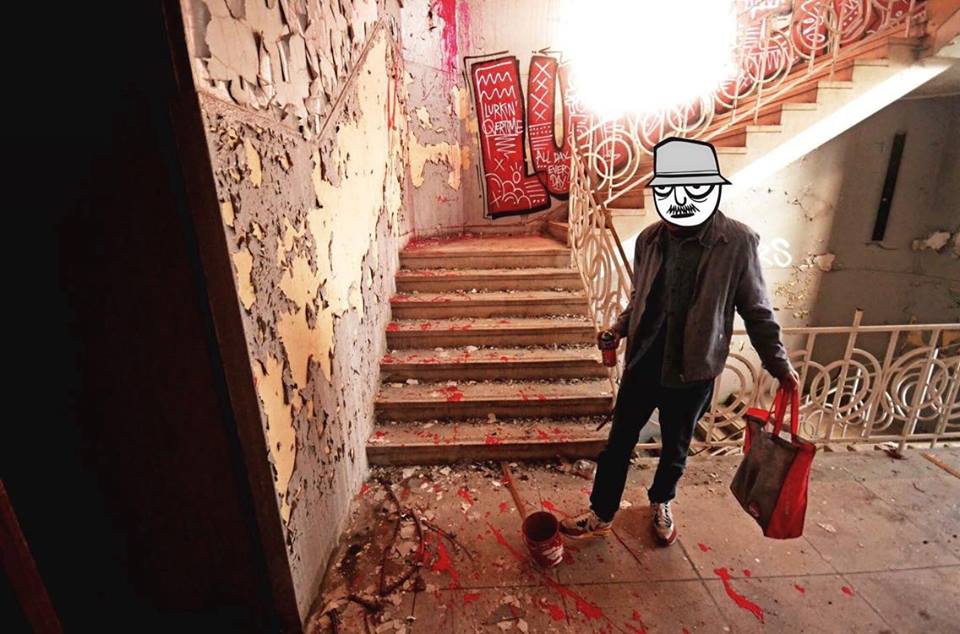 In such turbulent times we struggle to hold on to anything that even slightly resembles truly credible creative expression.  We live in a time where creativity and culture have become so dumbed down that Kanye West is considered a great mind and Justin Beiber’s music is acceptable listening for grown ups. Everything is re-appropriated and recycled and regurgitated to the point that there are such slim pickings when it comes to originality that it can feel like we are drowning in a murky muted grey soup of utter meaninglessness, in-authenticity and distraction. Keep them focused on the shiny stuff and they’ll do as they’re told.

It is for these reasons that when someone or something is trying to hold on to and utilise the fundamentals so woefully missed by a generation of sub culture-less biters that we need to shout about it and ram it down the throats of the idiots in hope that we can perhaps make some kind of change to the terrifyingly mundane creative landscape that has been carved out for us through decades of lethargy and deception.

One such group of dirty handed miscreants, waging war on the banality of modern life, are The Lurkrers……… 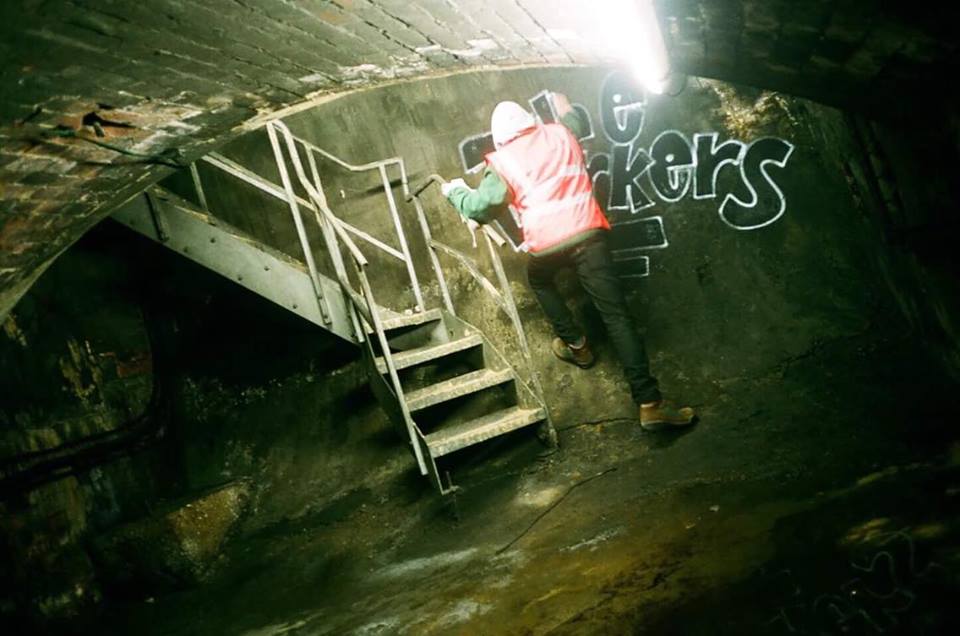 The Lurkers are a peripatetic, multidimensional art movement spawned from a love of travelling and bad behaviour. Their practice has developed over the last 4 years or so to encompass an aesthetic and ideology that transcends their crucial but restrictive graffiti roots. Their enthusiastically haphazard approach to improving their surroundings and a passion for subterranean exploration has refined over the years to become a sophisticated operation with planning becoming central to their subversive, gorilla style antics, peppered with social commentary.

“We’re a DIY grassroots movement born out of a frustration with the over commercialisation of the creative world. But at the same time, we can’t claim to be complete underground art purists either. We like to transcend different areas of the current cultural landscape, taking what we like from where we like – meaning we’ve carved out our own lane within it which suits us fine. It is what it is but we’re happy to be doing it and glad people find inspiration through following it.”

When asked about having to adhere to certain rules synonymous with graffiti or the idea of having to play ‘the game’ it is clear that what The Lurkers have set out to achieve means a lot more than ‘getting up’ and garnering the attention of their peers. 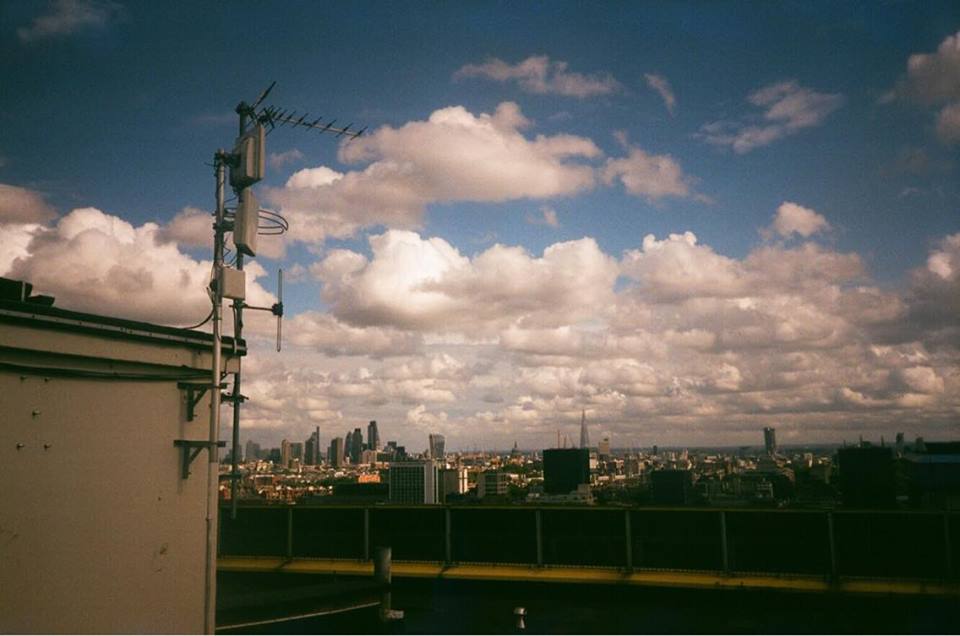 “Coming from a graffiti background it might have been ingrained in us but to be honest graffiti has never been at the forefront of what we’re about. We definitely owe a lot to it in terms of our foundations but our thing involves so much more so yeah it’s similar to graffiti in the sense that we’ve created a subversive brand but our brand isn’t just promoting a name or crew for the sake of it, we just sometimes use graffiti to promote a whole creative movement.

Following graffiti rules is for when your younger and playing the game. I mean we don’t go over people’s stuff or whatever but outside of that we pretty much do what we want which is how it should be. We use graffiti as an aesthetic within our general content and not really as a promotional tool. If you see our graff that’s cool but that wasn’t our main aim hence the reason lots of it exists in places that might have the footfall of roughly nobody. We could have prominent spots painted all over the world by now and be known as a big graffiti crew but to be honest that would take up too much energy and get in the way of our other creative pursuits so we just contribute to that scene in the way we do while creating all the other stuff you see us churn out”

Although The Lurkers endeavour not to be defined as a graffiti movement there are obviously still inescapable parallels drawn. The heavy brand positioning and sometimes fantastical representations of their existence are all things identifiable with graffiti. But now, the tongue in cheek films portraying a faux opulent lifestyle, that they were once known for, have been replaced with a more thoughtful, mature practice and an obvious concern for the world they inhabit. The once seemingly carefree approach has adopted a ‘punk’ attitude of sorts- far more in common with the zine culture of the 70s and 80s than with the incessant, addictive force feeding of information we are subject to via the internet and social media. The internet is an important tool in what they do but it is far from the nucleus of their output. 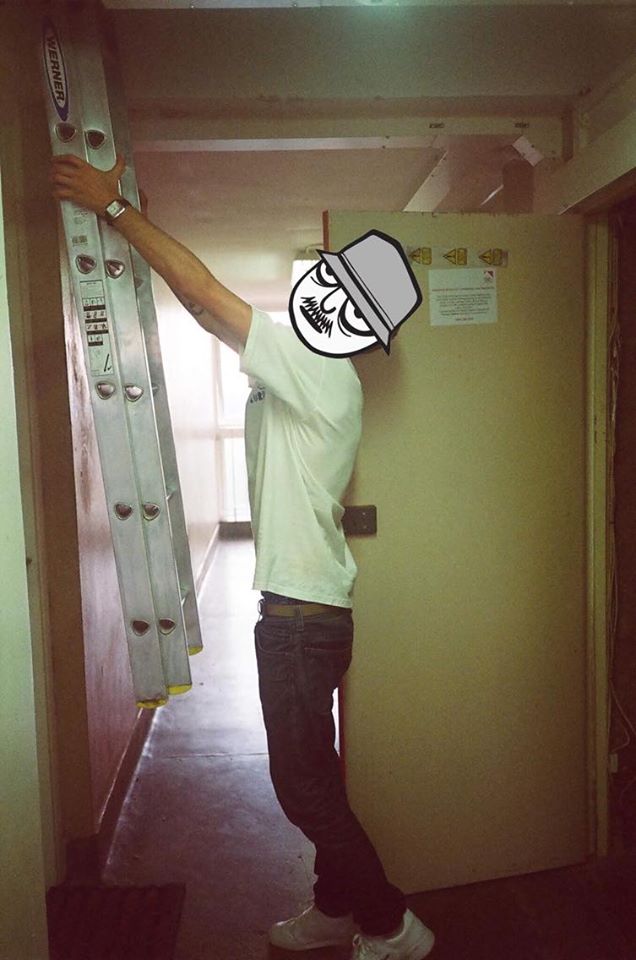 “The Lurkers could exist entirely though distributed fanzines and film screenings which were promoted through flyers meaning that everything we produced was only viewable in the physical realm and we could also only sell merchandise through walk in shops but we would just be much less well known and progress at a much slower rate. It’s a nice concept to shun certain modern day trappings like social media but at some point it could also just be a bit stubborn and regressive if you care about promoting your work. If you don’t really care then more power to you, run free with your hair blowing in the wind our internetless brothers and sisters! We just try our best to maintain a healthy relationship with everyone’s favourite fuck buddy with strings attached, the Internet, by focusing on actually doing lots of work in the physical world as opposed to just posing on Instagram.”

Their first book “Lurking In London” was released on Thursday and is a photographic, Londoncentric journey documenting experiences and perspectives not seen by most of the inhabitants of our fair city. Their intention is to impart a glimpse of something that is usually all around us but at the same time only visible or accessible to those who venture to seek it out. 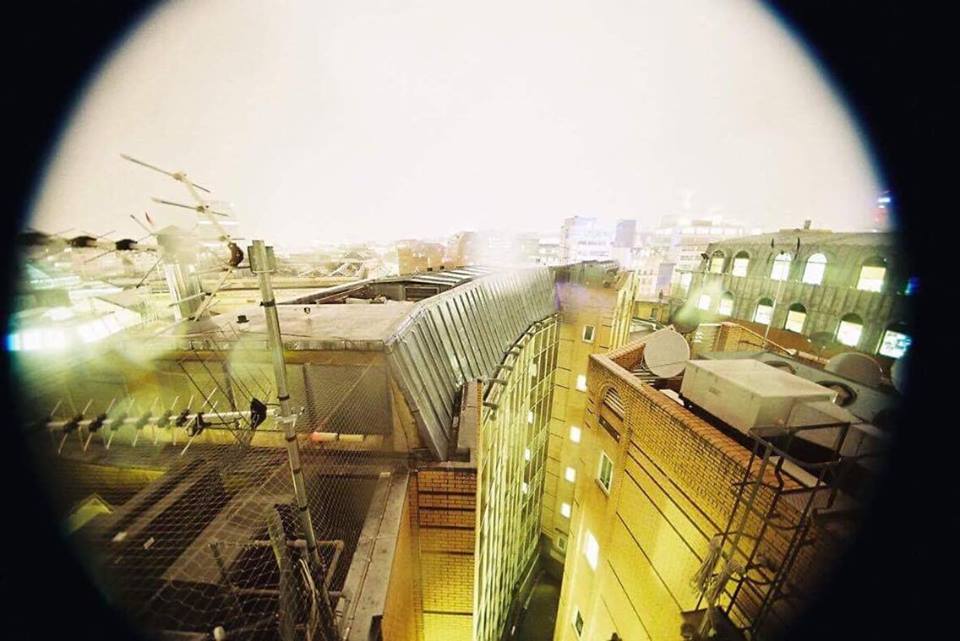 “We’ve always wanted to make a book as we feel publications add a certain level of integrity to your operation. In the past we’ve made zines and prints as well as clothing which we sell from our online shop and all of this not only helps support our movement but also just adds another layer to our whole operation by enabling people to physically obtain some of our content.

The photos in the book were all taken over the last 4 years- without a book in mind – so in that sense the only task has been going through them and selecting our favourite ones, which has been very enjoyable and a real period of reflection. This book has helped us realise a lot about what we’ve been sub-consciously channeling with The Lurkers. It’s genuinely interesting, unadulterated content that shakes up the creative world around us without taking ourselves too seriously..”

With the saturation of the art world and the inevitable decline of style and originality being ushered in by the world wide web it is difficult to see where The Lurkers fit in to such a tempestuous era in creativity, but maybe that’s missing the point. Maybe the point is that they are doing something so unashamedly undefinable with an ethos so refreshingly DIY, which purposefully shuns the idea of following the ‘correct channels’ that it’s encapsulates a purity which is so sorely missed.

‘Lurking In London’ is available through The Lurkers online store as well as a whole host of other interesting products and content. 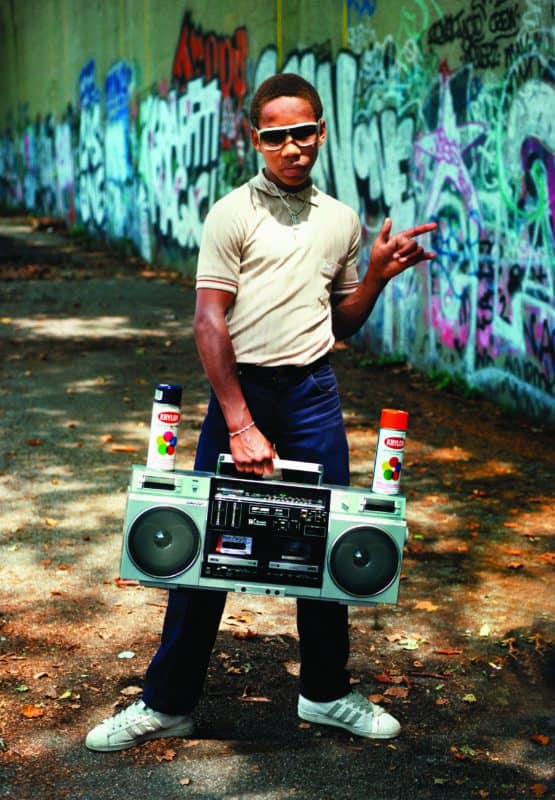