“I’m not trying to break the rules… I just want to apply a contemporary sensibility to pottery. I believe I can create something truly new, work that reflects our time” 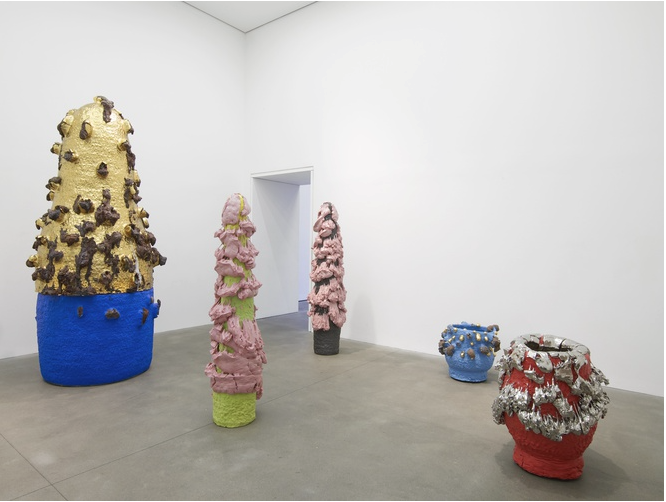 Takuro Kuwata (born 1981) lives and works in Toki City, Gifu, Japan and it is from this mountainous terrain that the artist finds the stones prominent in his sculptures. One of the traditional Japanese techniques he uses is called ishi-haze or stone explosion, in which stones are allowed to overheat in the kiln to the point where they rupture. Conventionally, this technique employs small stones in the making of tea ceramics; however Kuwata uses oversized rocks to distort his forms as the stones melt or explode. Kuwata also employs kairagi, another Japanese technique, which is used to create imperfections in the glaze caused by shrinking and cracking. Kuwata is drawn to the imperfections resulting from this process, which he employs to its extreme so that the outer layer of the sculpture is fractured and appears to be slipping away from the colour beneath. The uncertainty of the method does not allow Kuwata complete control over the resulting form, enhancing the organic nature and dysfunctionality of his objects. 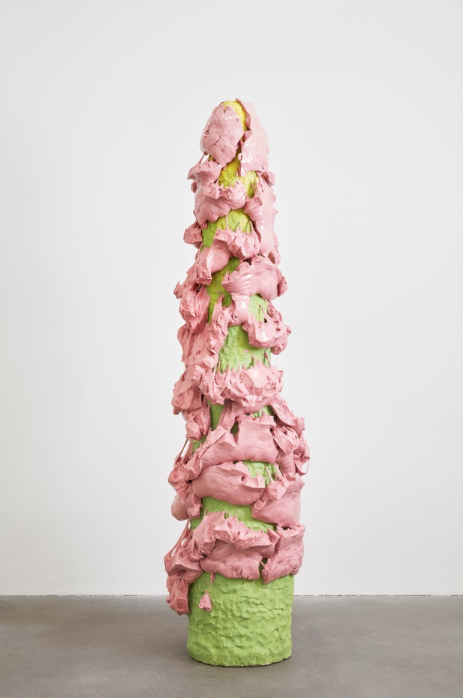 This exhibition contains a number of large-scale works made when Kuwata was resident artist in Shigaraki, Japan, earlier this year. Upon entering the gallery, the viewer is confronted with a large stalagmite sculpture beside a small tea bowl. The main space contains a variety of large vessels and standing sculptures, encrusted with sherbert-hued colours, or gold and silver glazes, which appear like rings of icing around heavy ceramic bases. In the side space Kuwata exhibits a series of small, brightly coloured tea bowls that span the length of the wall. Kuwata often refers to these as drip bowls, with beads of glaze hand painted onto their exteriors that could appear to be coloured droplets of sweat emanating from within.

Kuwata’s practice is firmly rooted in Japanese history and aesthetics. The characteristics of the Japanese philosophy wabi-sabi, which focuses on imperfect and incomplete beauty, including asymmetry and asperity, are all evident in Kuwata’s work. Born in Hiroshima, but removed from the aftermath of World War II, Kuwata is offering a contemporary view of postwar Japanese anxiety as well as demonstrating a correlation between Japan’s recent natural and social disasters. The natural world plays an active role in Kuwata’s practice, with bursting stones and broken glazes acting as metaphors for erupting volcanoes and earthquakes, engendering beauty through destruction. 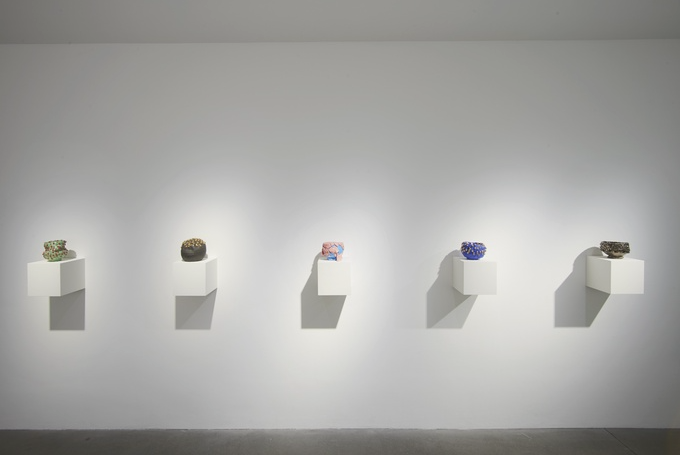 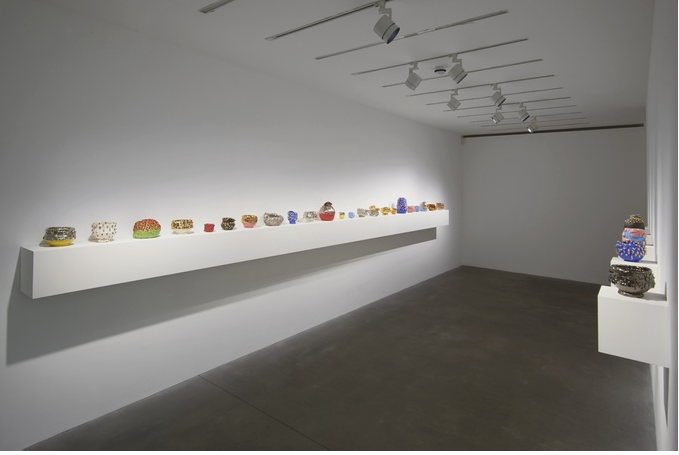 ABOUT THE ARTIST
Takuro Kuwata graduated from Kyoto Saga Art College, Department of Fine Arts, Ceramic Arts in 2001 and started an apprenticeship under ceramic artist Zaima Susumu in 2002. He graduated from Tajimi City Pottery Design and Technical Center in 2007. Kuwata has been shown extensively in Japan, including Art Crafting Towards The Future at the 21st Century Museum of Contemporary Art, Kanazawa, Japan, 2012, and Japanese K?gei | Future Forward at the Museum of Arts and Design, New York, 2015. In 2017, Kuwata will have a solo show at CAM / Contemporary Art Museum, St. Louis curated by Jeffrey Uslip. 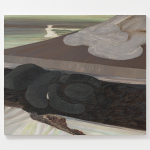 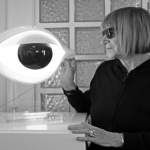 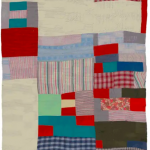 Alison Jacques Gallery presents the first solo exhibition in Europe devoted to three generations of women artists living in Gee’s Bend, now known as Boykin, a remote black community situated on a U turn in the Alabama River