This is the final interview out of the series of 20. 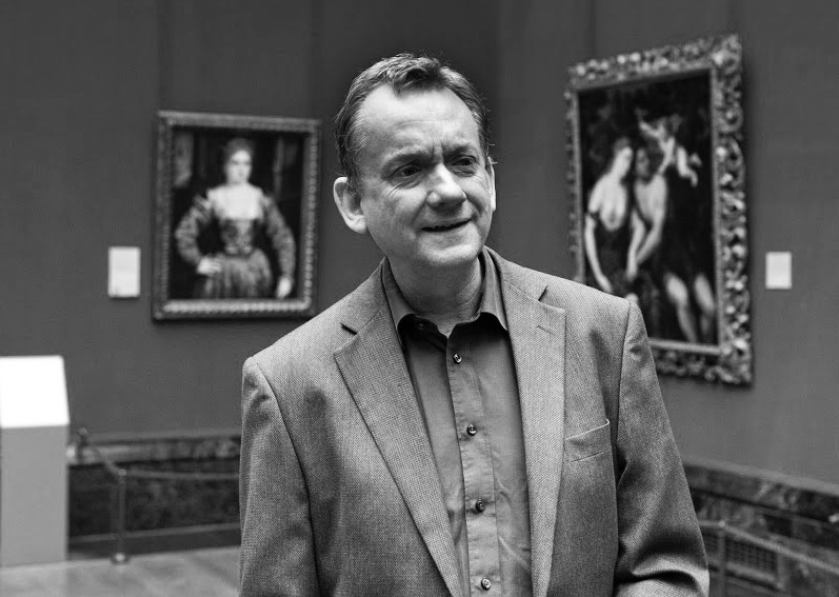 Could you tell us a bit about the Associate Artist scheme? How did it come to be?

The scheme grew out of the former Artist in Residence scheme, which ran from 1980 to 1989 when a younger artist was appointed for a period of six months. This was an advertised post and selection was made following interviews and studio visits. The idea was for the public to be able to meet and talk to a practicing artist in a studio. It was really conceived as a reminder to visitors that all of the revered masterpieces in the collection were, in fact, hand-made. In 1989 it was decided to end the scheme and instead to invite artists who had already established their reputation, for a much longer period, with the specific brief of making new work in response to the collection. At the end of the period of appointment, an exhibition of the work produced would be held in the Sunley Room. Paula Rego became first Associate Artist in 1989 and spent two years working at the Gallery, with her exhibition opening in December 1991.

The scheme is sometimes casually referred to as a residency, why was it decided not to use the term in the name of the scheme?

This was to differentiate it from the previous scheme. Also, there is no obligation to literally be ‘in residence’. A studio is provided and there is an obligation to host a certain amount of public open days but it is up to the individual artist where they want to make the work. However, all of the invited artists so far have spent as much time as they could in the Gallery.

I was formerly in the Education Department where I did a lot of projects with fine art students. It was natural to place the running of the scheme with Education because we get a lot of interest from colleges who wish to bring students to meet the artist, which we are happy to arrange. In 2011 I moved to the Curatorial Department where I continue to have responsibility for the scheme.

Does your personal taste influence the type of artists you show?

I don’t think so but I’d be disingenuous to say that I ignore my personal taste. But I try to!

At the end of the scheme the artist gets to exhibit at the national gallery, how are those exhibitions received by the National Gallery audience?

Mixed! Some people (and critics) have reacted with responses ranging from horror to mockery, which has been the traditional response to all new art from the time of Manet and the Impressionists. And others have found the exhibitions stimulating, provocative and enjoyable. We are not aiming to please all of the people all of the time but do want to rake up some dust and get some discussions going by the mainstream public, contemporary art is often perceived as an acquired taste.

How has the art landscape changed for contemporary art since the scheme was launched?

Has the role of the National Gallery and its relationship to London’s contemporary art scene changed?

I would hope so. Thirty or so years ago the National Gallery had very little connection with the contemporary art world, although artists such as Francis Bacon, Frank Auerbach or R.B. Kitaj were regular visitors who were using the collection as an inspiration for their own work. But the idea of the Gallery inviting well-known living artists to contribute to its programme was in its infancy. It began in the late 1970s with a series of exhibitions called ‘The Artist’s Eye’ when well-known artists to be invited to act as curators and to display examples of their own work amongst the Old Masters. Amongst the very first of these were Richard Hamilton and Anthony Caro.