On display at The Bilbao Fine Arts Museum in their Museum’s BBK Gallery, Hyperrealist Sculpture 1973-2016 presents a selection of 34 works by the 26 artists most representative of this movement. 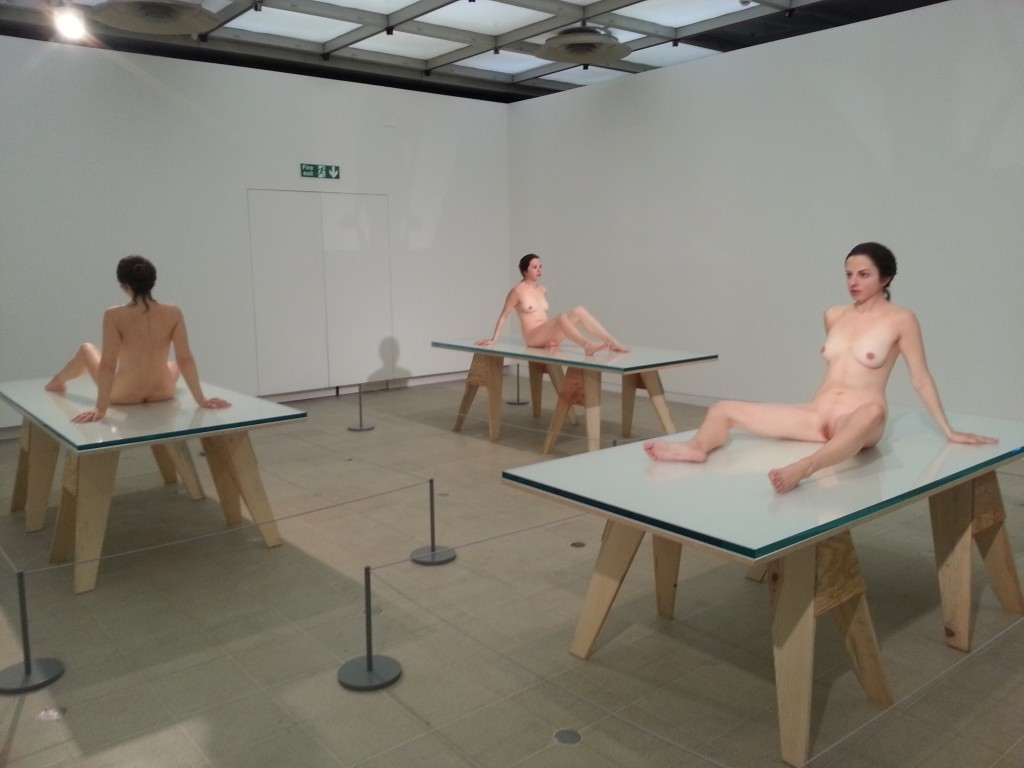 This is the first exhibition that aims to offer an in-depth survey of human figuration spanning the more than fifty years of hyperrealism’s existence.

In the 1960s and 1970s a number of sculptors began to be interested in a form of realism based on a vivid and lifelike representation of the human figure. Employing traditional techniques such as modelling, casting and painting, they reproduced the body using a range of different focuses but with the shared aim of formulating a clearly contemporary interpretation of figurative realism. In the words of Ron Mueck: “Although I spend a lot of time on the surface, it’s the life inside I want to capture.” This exhibition presents five different ways of approaching the depiction of the body through the five sections into which it is organised: “Human replicas”; “Monochrome sculptures”; “Body parts”; “Playing with size”; and “Deformed realities”. As a result, and through a series of works that will surprise viewers with their convincing appearance of reality, the exhibition reveals the numerous and varied ways in which this artistic theme has been depicted, its relationship with different trends in art history, and its technical evolution from the early years of the movement to the present digital era.

The selection includes all the leading hyperrealist sculptors, starting with the American pioneers George Segal, Duane Hanson and John DeAndrea. It continues with the rise of the movement internationally, represented by Paul Mc Carthy (America), Juan Muñoz (Spain), Maurizio Cattelan (Italy), Berlinde de Bruyckere (Belgium), Ron Mueck, Sam Jinks and Patricia Piccinini (Australia) and Evan Penny (Canada), among others. The exhibition thus emphasises the international nature of hyperrealism as well as its ongoing relevance: the recently completed work Lisa by John DeAndrea is presented to the public for the first time. In order to achieve this global vision the Institute for Cultural Exchange in Tübingen (Germany), with which the Museum collaborated in 2014 on the well-received exhibition on hyperrealist painting, has secured loans from numerous collections around the world based on the selection made by its director Otto Letze, the curator of this exhibition. 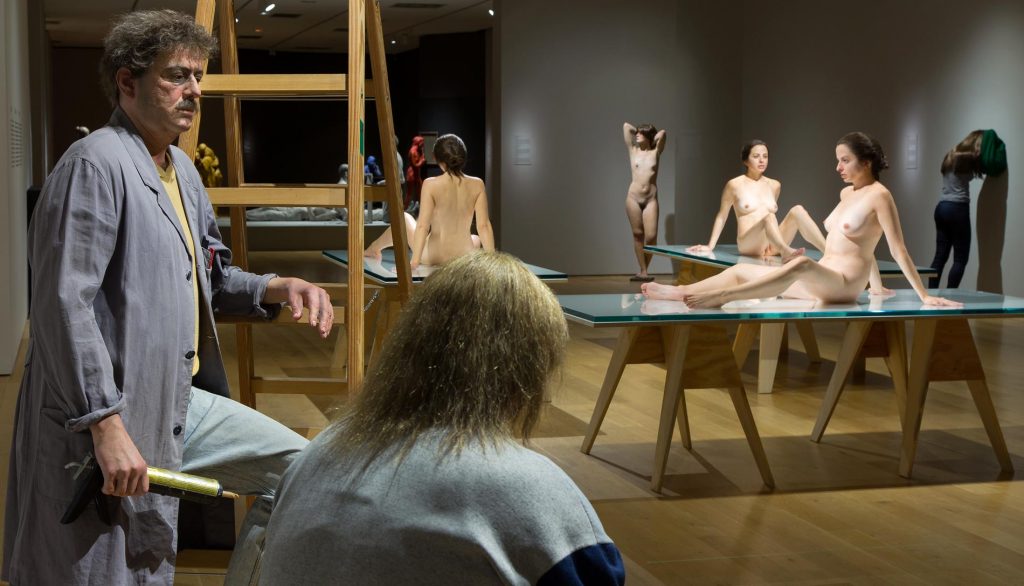 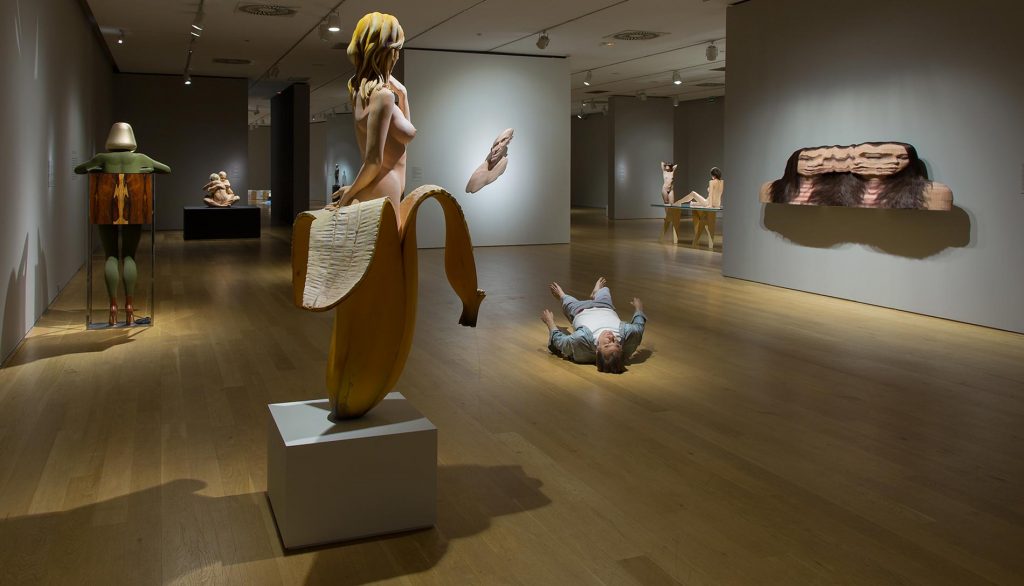 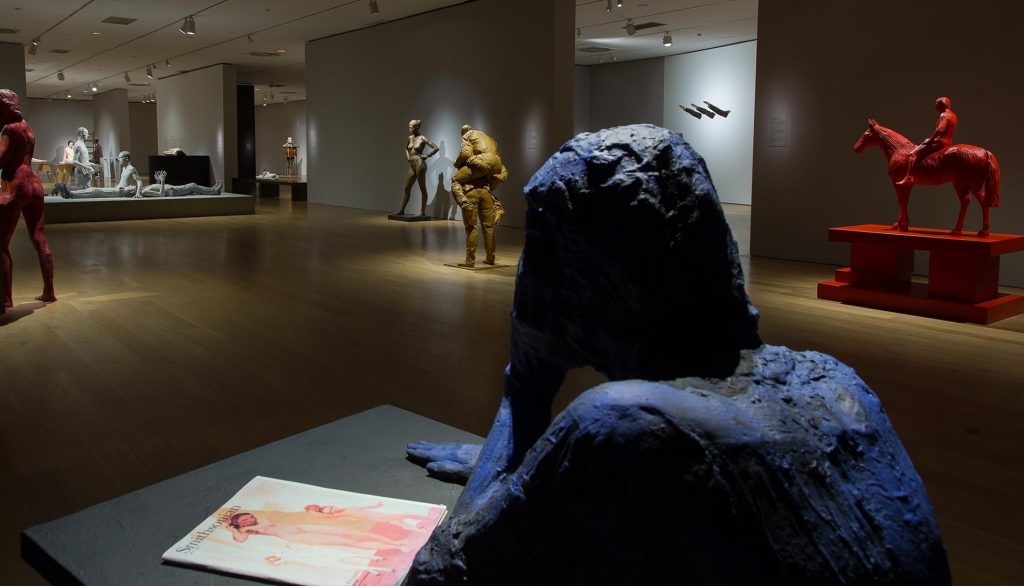