The ninth edition of the Liverpool Biennial takes place in a period of upheaval and uncertainty. What became clear at the opening speeches taking place at Tate Liverpool, is that the city is determined to ride the waves, whatever happens. The city seems to have a clear-minded, stubbornness to not return to the economic hardships of the past. Culture has always had a key role in this city, including in its regeneration. Tate Liverpool at the docks has been an important part of this. So now, culture can bring an immense amount of benefits, from economic growth to healing the divides caused by the EU referendum. 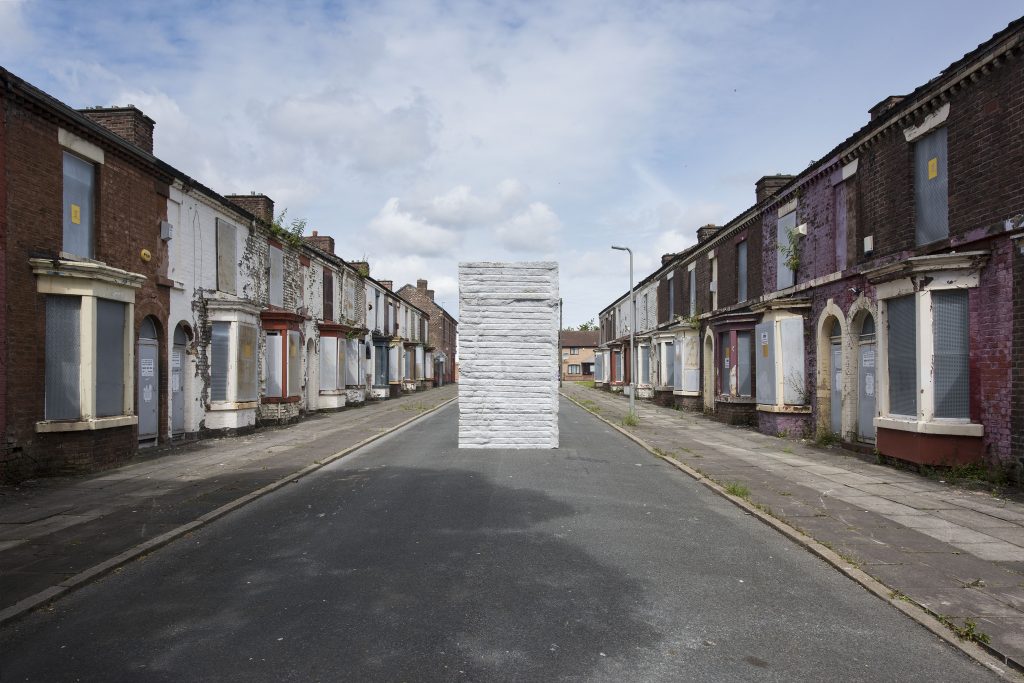 The Biennial takes place across the city in traditional and non-traditional art venues, for Tate Liverpool to the Oratory next to the Cathedral. The festival is organised into a series of episodes: the Children’s Episode, Moments from the Future, Flashback, Ancient Greece, Chinatown and Software.

Tate Liverpool plays host to the an exhibition that features the Ancient Greece episode. By putting antiquities and contemporary art on a collision course, the exhibition is Greek art meeting kitsch. Gorgeous statues are displayed on DIY plinths with pastel pink frames. Is the viewer in a hushed museum or an ageing modernist shopping mall? Betty Woodman’s work currently seems to be undergoing a renaissance and is a perfect pairing with the antiquities. Woodman’s practice combines the visual language of Greek art with a contemporary understanding of interdisciplinary work. There are also a number of video works, including ‘Big Rock Candy Mountain. Created by Ramin Haerizadeh, Rokni Haerizadeh and Hesam Rahmanian, the video is animated stills featuring painted characters. The still are taken from footage of ISIS militants destroying artefacts and historical statues is Iraq and Syria. The painted animation transforms the militants into funny and sinister caricatures. One incredibly poignant moment was when bits of a statue fell to the ground and became a split egg, with the white and yolk spills go onto the ground. This show is one of the must sees of the biennial. 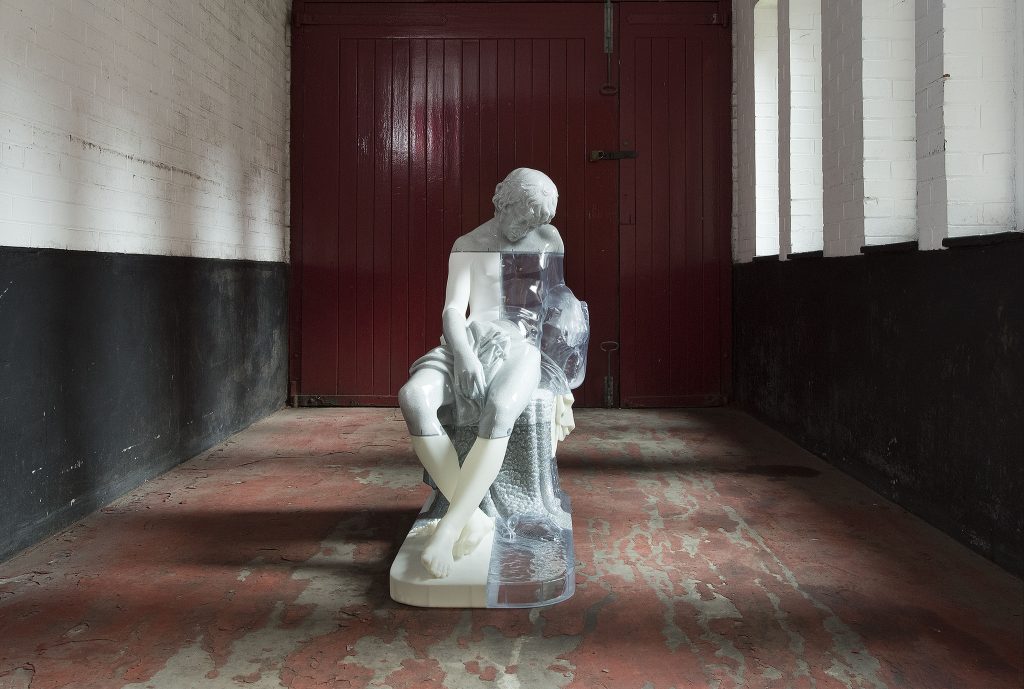 Cains Brewery things are a little weird. It’s perhaps due to the fact that the exhibition here combines work from the Children’s Episode, Chinatown and Flashback, which means things can get a little muddled. There’s clay, dough and a sculpture which partially resembles udders constructed from rubbish. A lot of it is bonkers, but that’s probably the point. At the centre of the brewery’s canning hall is structure, made by Andreas Angelidakis, which is inspired by the Large Hadron Collider. At the centre is the pinnacle of the exhibition. It is the installation for Mavin Gaye Chetwynd’s ‘Dogsy MA Bone’. Through collaborating with 78 young people, Chetwynd’s performance is inspired by Betty Boop and Bertolt Brecht. 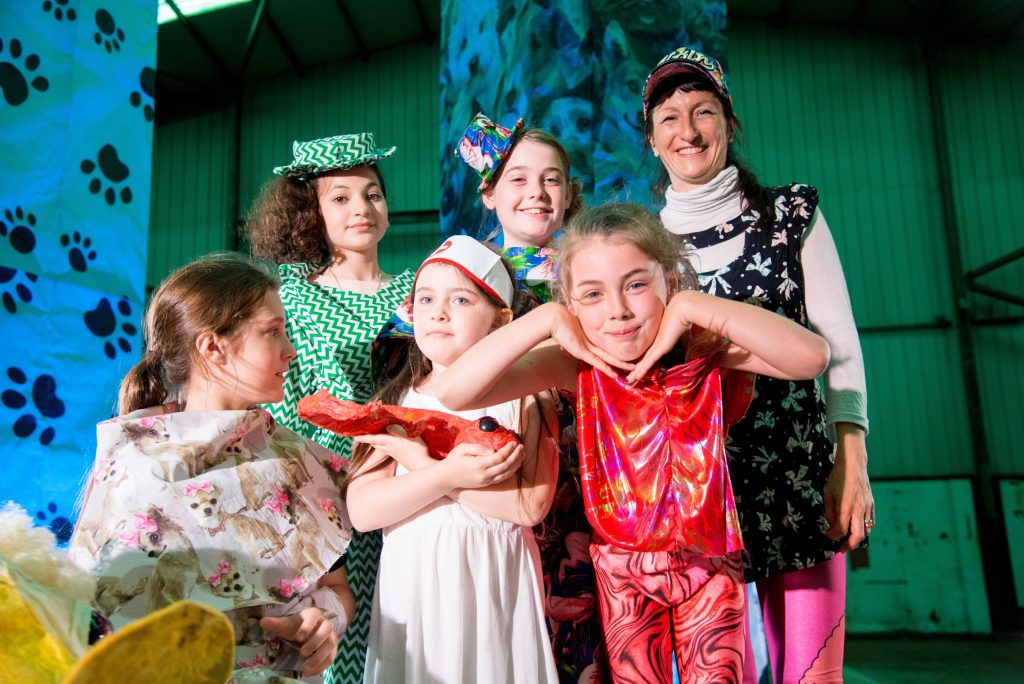 Across the road from Cains Brewery is Camp and Furnace, where Mark Leckey’s work ‘Dream English Kid’ can be found. After locating amateur footage of a Joy Division gig at Eric’s nightclub in 1979, which he attended, Leckey began to source archival clips and material. The result is a audiovisual record of the significant events in his life up to the 90’s. It begins in the year of Leckey’s birth, 1964, with the familiar opening chord of A Hard Day’s Night by The Beatles and culminates in the 90’s. ‘Dream English Kid’ is a punk, romantic love letter to England. It’s Mark Leckey in all his found footage, mix tape, audiovisual glory. 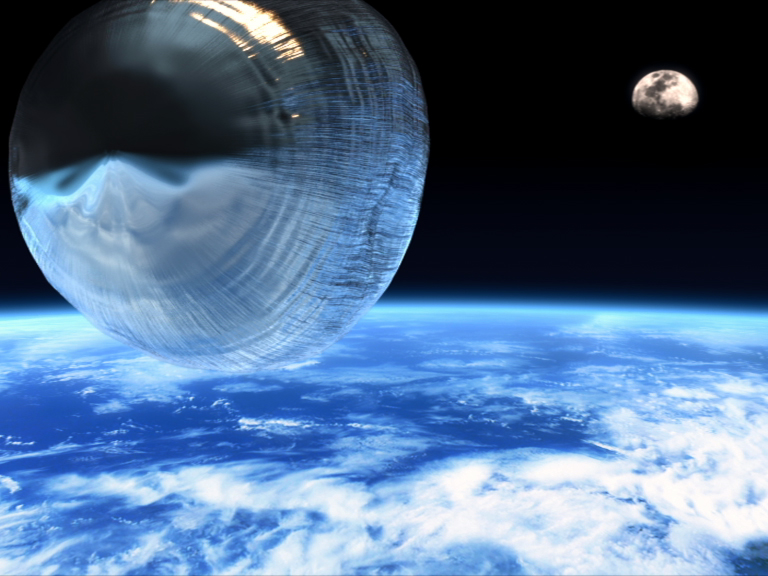 Next to the magnificent entrance to Liverpool Cathedral is the Oratory. Built in 1829, it is host to a number of neoclassical sculptures and ‘Rubber Coated Steel’ by Lawrence Abu Hamdan. Hamden is part of the Forensic Architecture team, this research agency is based at Goldsmiths and undertakes architectural and media based research on behalf on justice groups, human rights organisations and international prosecutors. I was amazed by their work when I attended at talk run by the department I call home, Visual Cultures, in which Eyal Weizman spoke about the sonic evidence in an investigation. Hamden’s film takes the visitor through some of this evidence, looking at the aural signatures of gunshots. The visual evidence is brought towards the viewer as a target in a shooting range, whilst they read the transcript of the court below. It’s a video work that combines sonic art with CSI.

Apart from Ancient Greece at Tate Liverpool, the most interesting works and exhibitions have been the ones where the episode is not the main attention or concept. Instead the work can hold its own and the episode titles can act as a subtle anchor arranging and rearranging the biennial.

P.S Don’t forget to go see Bloomberg New Contemporaries at The Bluecoat. I could praise the process and artists…but I would be a bit biased! 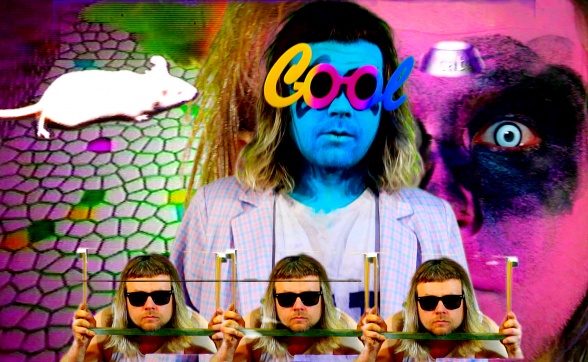