Gabriele Beveridge (b.1985) studied BA Photography at Falmouth College of Arts and has a MA in Fine Art Media from the Slade School of Art. The artist has been receiving a lot of attention recently with her current solo show at Chew Days – ‘Eternity Anyways’ being selected as the editor’s pick in the Guardian. 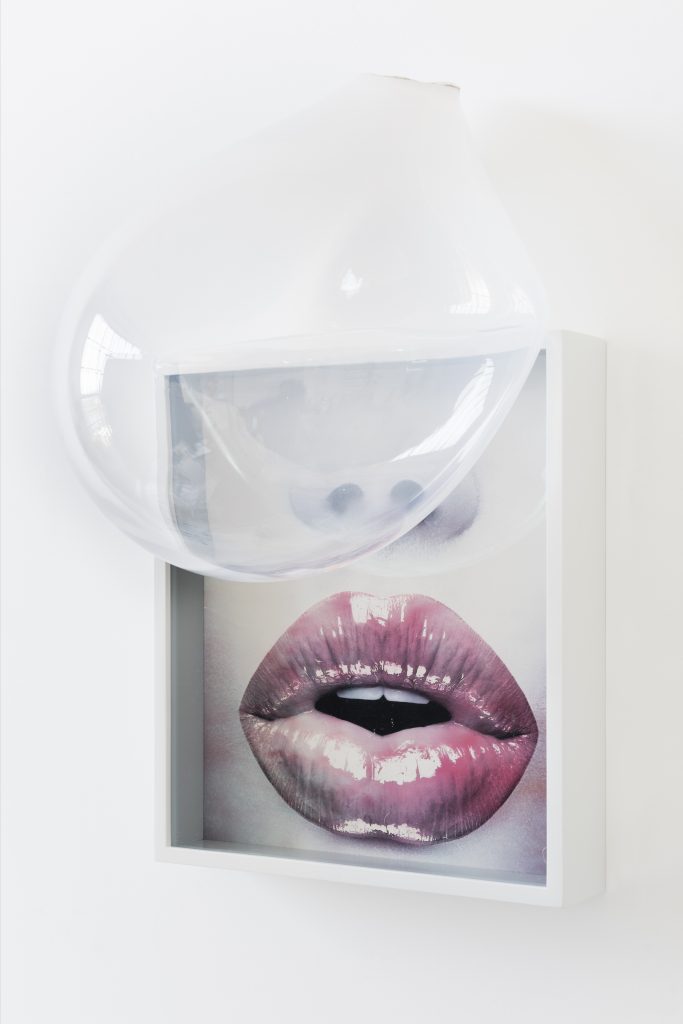 Beveridge creates collages and installations using a rich variety of natural and man-made objects, found posters featuring alluring models are juxtaposed with hand blown glass placed precariously on top of the box frame, inserted inside are carefully configured items, such as leaves, bamboo and feathers.

This interaction between the frame, the image and objects create tension. The delicate glass material pouring over the lip of the frame, the placements within all a fine balancing act. Perhaps we sense in Gabriele’s work the fleeting and fragile nature of youth and beauty. There is something heightened and poetic about her practice, seductive and serene. 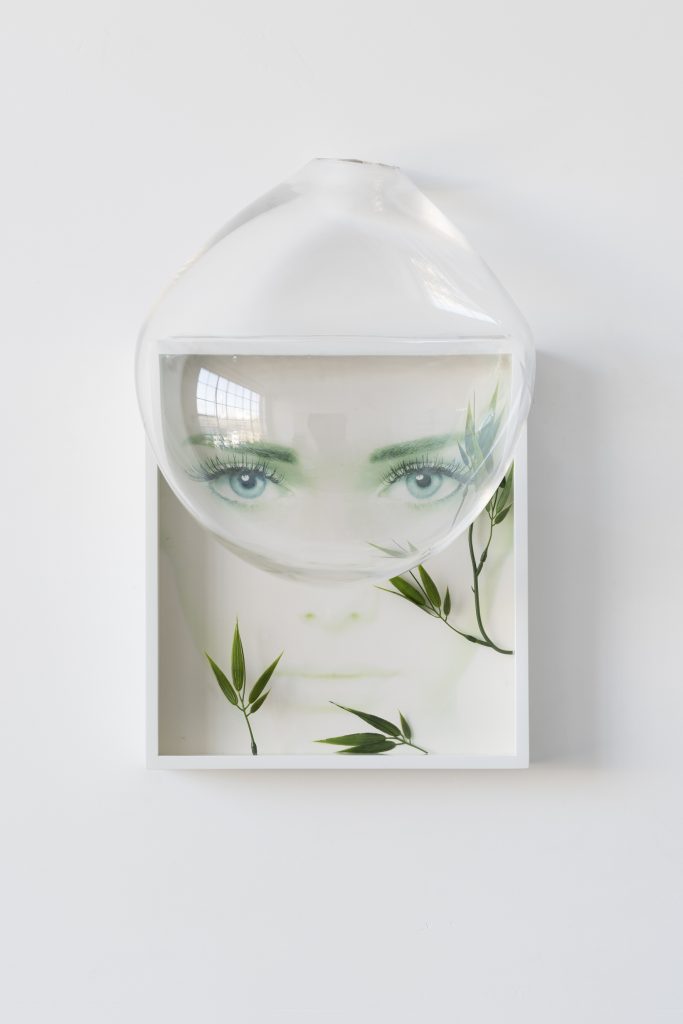 Gabriele already features in important collections, including the Saatchi Gallery and was part of the Zabludowicz Collection Invites series. She was featured in the exhibition, ‘Pre-Pop to Post-Human: Collage in the Digital Age’ Hayward Touring. Gabriele has been featured in numerous publications, including Time Out, Blouin Artinfo, Artforum, Dazed Digital, Elephant Magazine, the New Yorker, Artsy and Frieze Magazine. In 2011 she won the Dazed Digital Converse award for emerging artist.

Gabriele’s assemblages blur boundaries; the interplay of different mediums creates an art, which isn’t photography, a painting or a sculpture. The dialogue between the found objects and imagery produces something which is familiar yet uncanny, by removing the context of the original association. 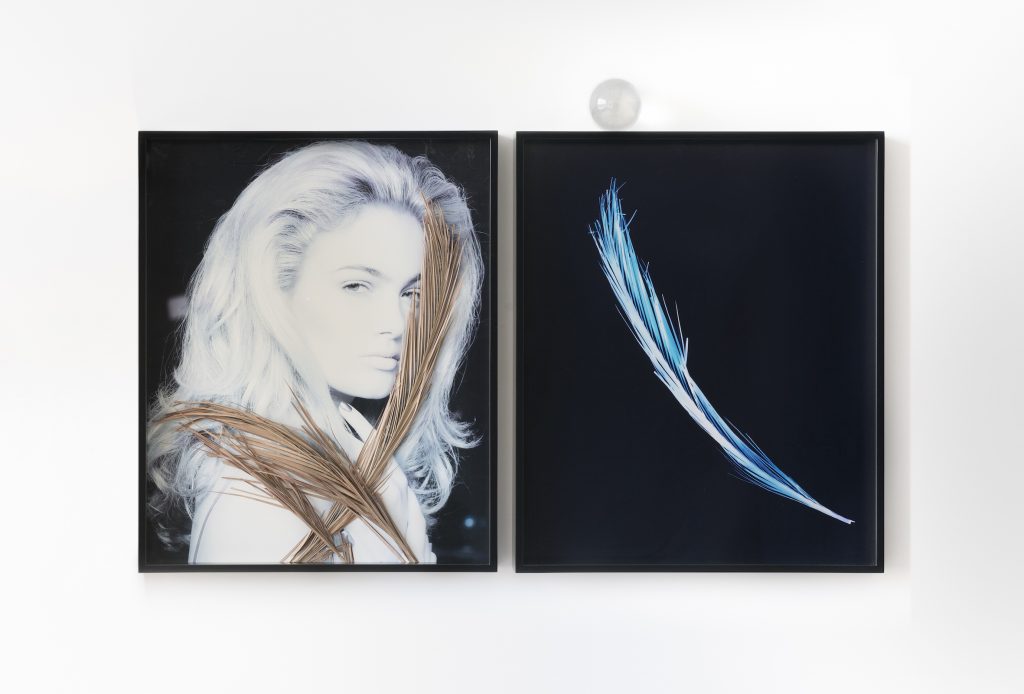