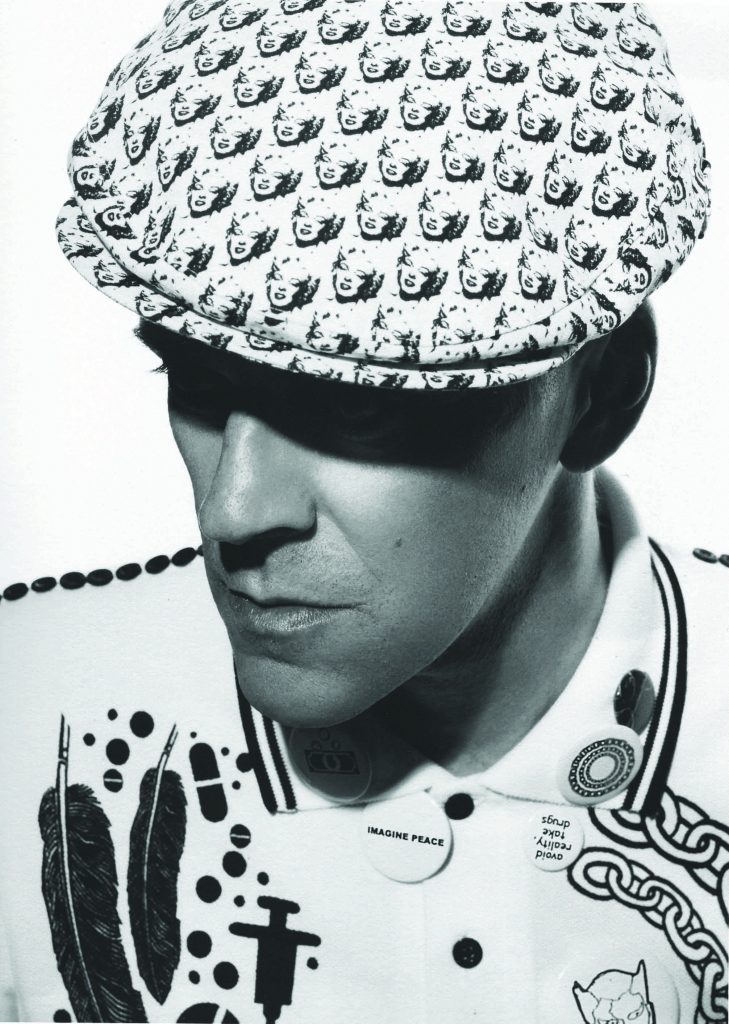 Safety pins, buttons, badges, pearls, bottle tops, cutlery, plastic bags, toy soldiers and keys form an inventory of objects that Blame has innovatively adapted to create his trademark jewellery and other accessories. In the early 1980’s Blame’s non-conformist attitude and a desire to distinguish himself within the London club scene motivated him to produce jewellery. His modest resources shaped his DIY approach and led him to incorporate found objects as a foundation for making his adornments; early creations questioned established material hierarchies and were testimony to the harsh realities of industrial and economic decline. It was during this period that he encountered a range of creative individuals including Derek Jarman, Anthony Price, John Maybury and Leigh Bowery who championed his inventive approach to making fashion accessories. 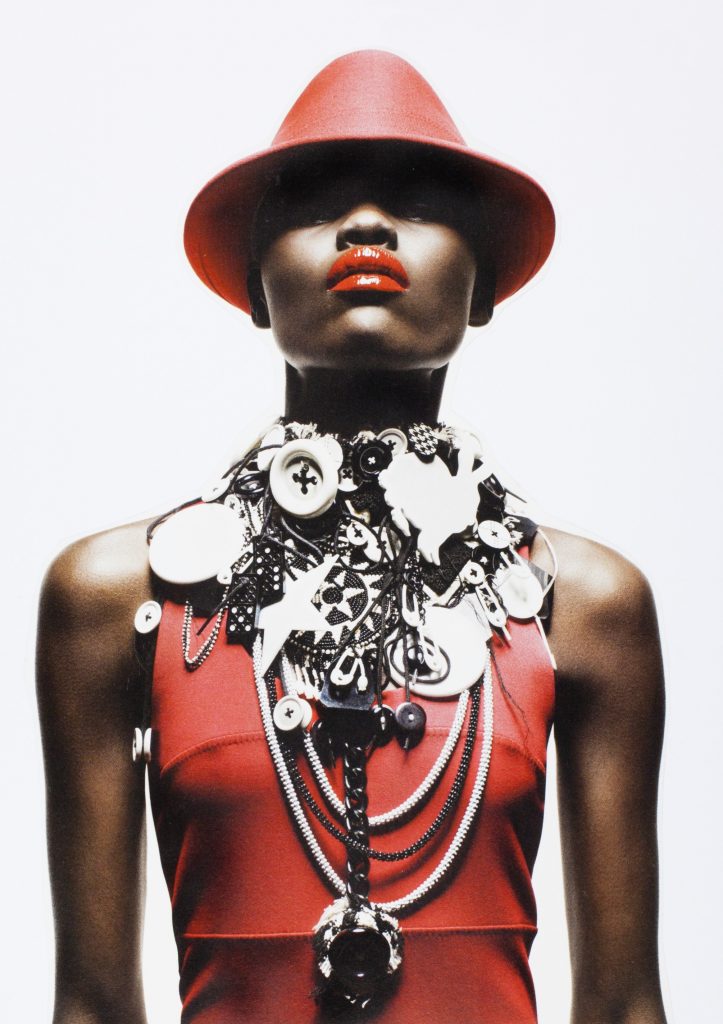 In 1985 Blame helped John Moore set up The House of Beauty and Culture in Dalston, London, a craft collective of like-minded artists including Fiona Skinner, Dave Baby, Fiona Bowen, John Flett,Peter Foster, Mark Lebon, Alan Macdonald & Fritz Solomon (Fric & Frack), Richard Torry and Christopher Nemeth.This collective experience proved to be the first of many important collaborations as a consultant with various designers including John Galliano, Rifat Ozbek, Rei Kawakubo at Comme des Garçons, Gareth Pugh,Marc Jacobs and Kim Jones at Louis Vuitton. A further significant figure in Blame’s continued growth as a creative polymath was Ray Petri, nexus of the pseudo-corporate fashion collective Buffalo, who encouraged him to focus his talents as a fashion stylist. Blame was soon producing iconic fashion editorials with a range of photographers including Mark Lebon, Mark Mattock, Jean Baptiste Mondino and Juergen Teller for publications such as i-D, BLITZ and The Face. His instinctive ability to create symbolic images that embodied radical elements of popular culture and fashion led to an extensive career in the music industry as an art director and image consultant for iconic figures such as Boy George, Neneh Cherry, Kylie Minogue, Massive Attack and Bjork. Throughout his career and still today Blame has maintained his artistic underpinning of making jewellery from found and re-purposed objects which continue to inspire alongside his prolific contributions via social media, revealing his idiosyncratic and resourceful approach to life through images and objects. 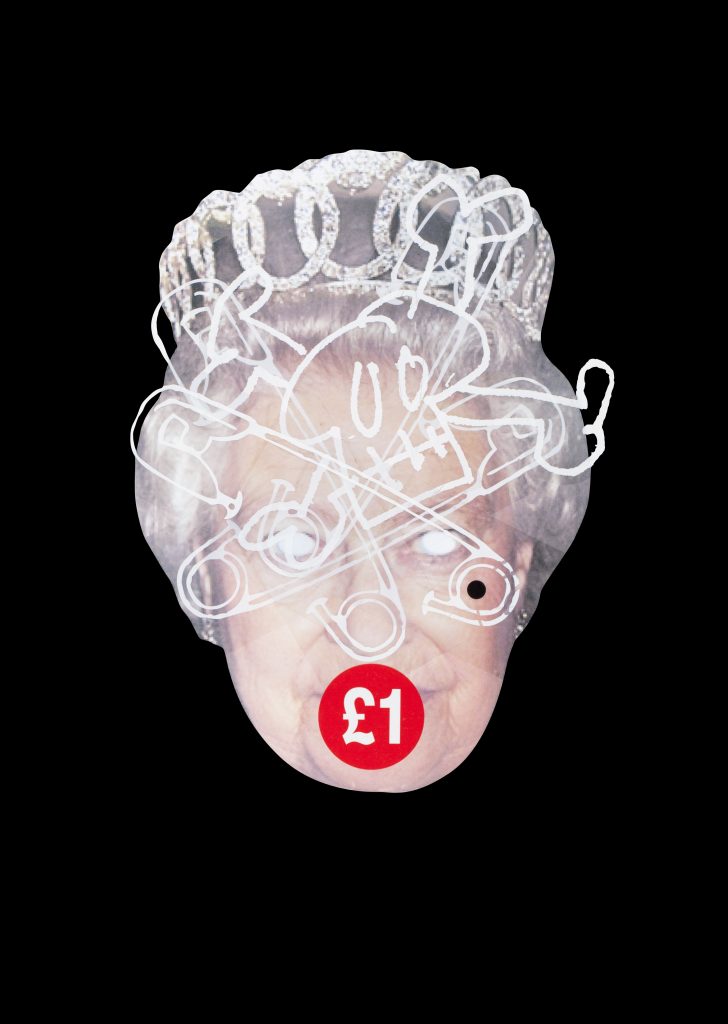 The exhibition is presented as a montage rather than a chronology that brings together an arrangement of artefacts, including clothing, collages, jewellery, fashion editorials, sketchbooks and T-shirts alongside unique commissions that bear witness to Blame’s tactile, thought-provoking,approach to fashion and his propensity towards collaboration and experimentation.

Judy Blame: Never Again seeks to present an evaluation of his creative approach and draw parallels between his practice and how a more recent generation work today. The exhibition is accompanied by a limited edition zine compiled by Judy Blame.

To coincide with Never Again the ICA will be staging Artistic Differences in their Upper Gallery. This group exhibition aims to present Blame’s work within a wider artistic context, drawing on connections in the art and design worlds in the UK from the 1980s and 1990s. Artistic Differences brings together artists and designers that have been directly linked to Blame throughout his career, and those who have been influenced by his work and share his distinct artistic approach and style. Participants include Charles Atlas, Dave Baby, Jake & Dinos Chapman, Malcolm Garrett, Derek Jarman, Barry Kamen, Jim Lambie, Mark Lebon, Linder, John Maybury, Jamie Reid, Peter Saville, Juergen Teller, Trojan, Nicola Tyson and Tim Noble & Sue Webster and others. More details here: www.ica.org.uk/artistic-differences 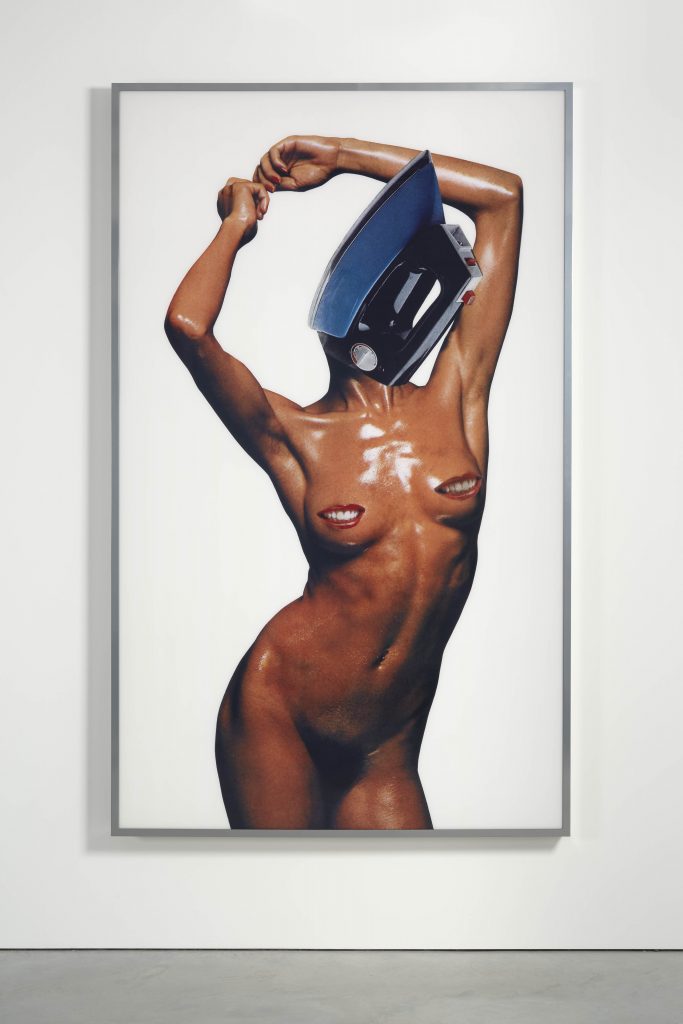 Simon Oldfield presents Screw Your Courage to the Sticking Place