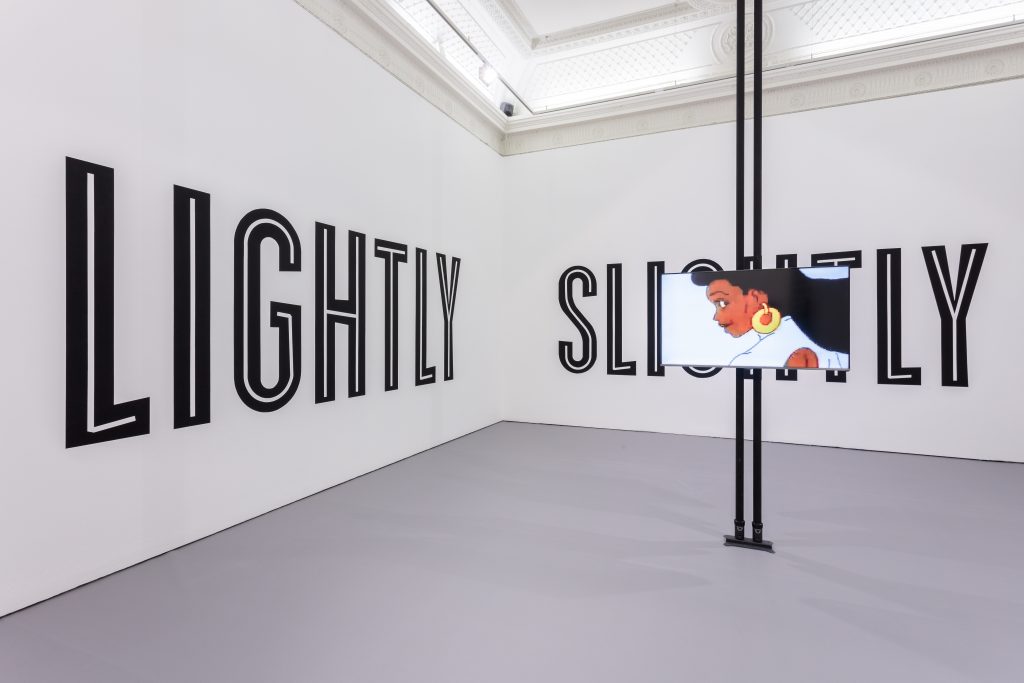 The work of LA based artist Martine Syms has landed in London. In her first solo UK institutional exhibition, she presents works that have come from a recent video series, entitled ‘Lessons’.

At first, the viewer is greeted with a snapshot of cultural moments, which cover the walls. These instances deal with black aesthetics within visual culture, which is a thread that continues in the two spaces Syms shows in. A video pillar showcases these lessons, which is described as an incomplete poem. Each lesson runs for 30 seconds and takes the form of a TV clip. These are instances of audiovisual sweetness as the sound breaks up the otherwise wholly visual affair. 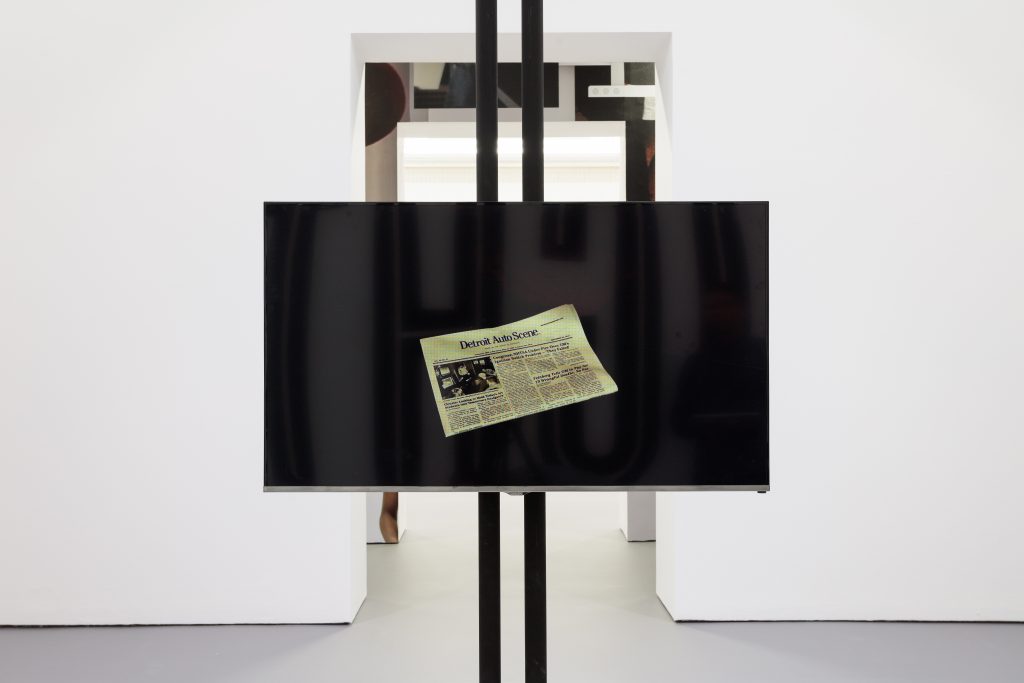 The exhibition is primarily driven by photographic and captured images and reflects Syms’ interests in semiotics and pop culture. Cultural snapshots really does sum up what the viewer can expect to find in the exhibition. It is an assemblage of found footage, which pitch instances of black aesthetics together. In an interview with ICA curator, Matt Williams, Martine Syms discusses the textual influences upon her work and this show. These include ‘The Grey Album: On The Blackness of Blackness’ by Kevin Young and Margo Jefferson’s ‘Negroland’. I also can’t help but think of Fred Moten’s ‘In the Break: The Aesthetics of the Black Radical Tradition’, which I have truly discovered at Goldsmiths this year. The approach of pulling together different sources, Moten describes Karl Marx as tuning into the various sources, intercepting signals. Martine Syms is the photographic equivalent, bringing together different cultural artifacts and assembling them into an exploration of aesthetics, gesture and language.

Martine Syms: Fact & Trouble is at the ICA until 19th June. 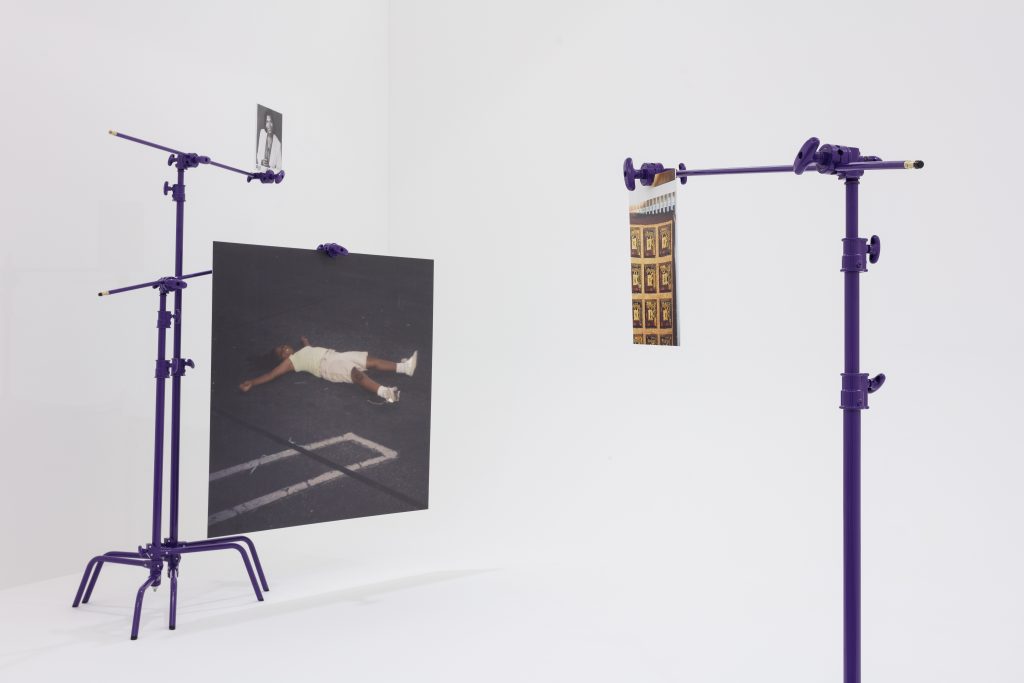