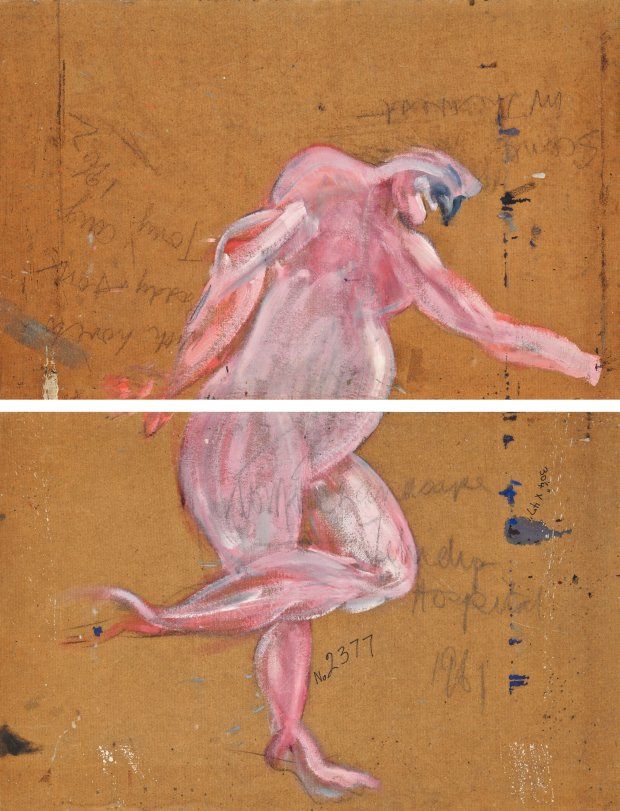 A Francis Bacon painting has been discovered on the back of two paintings by Irish artist Tony O’Malley. O’Malley seems to have divided the wooden board backing his works, on which Bacon’s piece, Figure, is painted, to create two other paintings, but the pair have recently been reunited, and are being sold at Christie’s in London as a set, estimated at £20,000- £30,000.

“Now these paintings, and the lost Bacon study, will be reunited and viewed together for the first time in almost 60 years,”

the auction house said in a statement. Read More over at the Irish Times