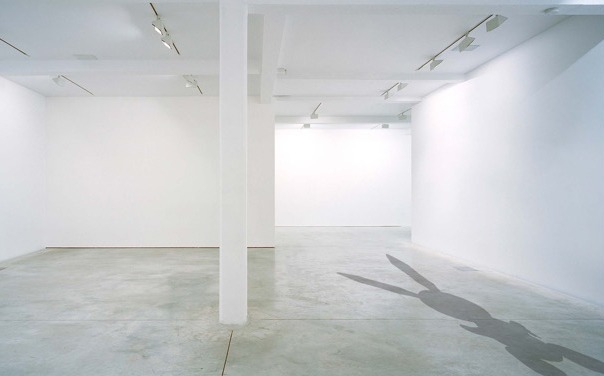 Prvacki was drawn to shadows because they

“are poetic and perform the aura of the sculpture in a certain way”, she said. Plus, they offer “an extremely sustainable and minimal”

alternative to other forms of appropriation art.

Each shadow costs 1% of the price achieved by the original work of art at auction. The shadow of Duchamp’s celebrated bicycle wheel is $16,000, because the readymade sold for $1.6m at Phillips in 2002, while Louise Bourgeois’s Spider shadow is $281,650 because it sold for a hundred times that at Christie’s in 2015.

“And making thinner things should have more value than making huge things. If you can get something to be super thin and really poetic, that should be really valuable. We have to stop thinking in a Costco way.”

Via The Art Newspaper