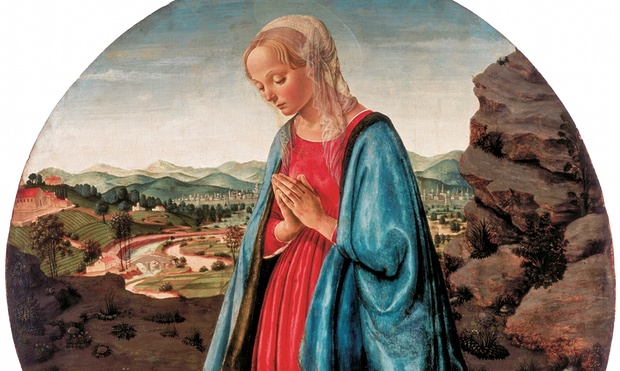 This article titled “Five of the best art exhibitions for Christmas 2015” was written by Jonathan Jones, for The Guardian on Tuesday 8th December 2015 10.00 UTC

It is the season to put nativity scenes on postcards, but the story of religious art goes so much deeper than we tend to notice. This exhibition focuses on one of the most spectacular Renaissance paintings in the National Gallery, a detailed vision of Paradise that contains heretical details. Ideal if you want to see how all the cribs and stars on all those cards on the mantelpiece fit into wider beliefs – and even heresies.

One of the nicest seasonal rituals in art is the unveiling of Scotland’s Turner watercolours on New Year’s Day. For a month, Edinburgh’s collection of sublime mountain vistas and ethereal skies by the great Romantic master can be enjoyed while you are finishing the last of the turkey sandwiches or nursing a new year hangover. Winter magic.

Egypt: Faith After the Pharaohs

Was the Virgin Mary originally an Egyptian goddess? The image of mother and child so central to Christian art – especially at Christmas – can be traced back to ancient Egyptian images, as this fascinating exhibition shows. It also reveals the innocent beauty of Coptic art and the history of Egypt’s vulnerable Christian community alongside Islam. A journey to the origins of Christmas itself in the ancient Middle East.

Christmassy nostalgia galore, from Baroque sculptures as splendid as any Christmas tree to frocks from the age of the Brothers Grimm and The Magic Flute. Among all the decorative delights look at the religious art of early modern Europe, full of nativity scenes and adoring shepherds that reveal the cultural roots of Europe’s winter holiday. These new galleries at the V&A are opening at just the right time of year.

The Al Thani collection of Indian jewellery has enough shiny baubles and bedazzling glitz to illuminate any Christmas tree. Light up the season with this survey of opulence in the arts that is also a window on India’s history and culture. It embraces both historical bling and contemporary creations, and is like an exhibition of the wise men’s gifts.