‘I patiently recompose, with my own hands, the experience of the shameful. I explore its mental possibilities… I behave as if that reality (that history) had not had its final condemnation, but were still adding further data right up to our time today.’

Hauser & Wirth is to present a historical solo exhibition of works by Italian artist Fabio Mauri. Organised with Olivier Renaud-Clément, this will be Mauri’s first solo show in London for over 20 years, and follows a significant presentation of his work at the Venice Biennale and Istanbul Biennial in 2015. Mauri’s practice spans performance, film, installation, found-object sculpture, mixed media works and theoretical writings to question readings of history and the associated power of language and ideology. ‘Oscuramento: The Wars of Fabio Mauri’ focuses on the series Picnic o Il buon soldato (Picnic or the good soldier), a sobering, direct and poetically reflective body of work that depicts the repercussions of conflict on collective cultural memory. The exhibition brings to light the political dimension of the image, as it is projected and proliferates throughout contemporary society.

Born in 1926, Mauri came of age in the context of Fascist Italy and Europe at war and was so profoundly affected by the events he witnessed first-hand and through the media that he suffered severe psychiatric problems. His artistic practice evolved predominantly as a means of resolving his own personal trauma.
Mauri was unable to fathom how these deeply disturbing events had been accepted and relegated to history, distanced from reality by being classified as ‘the past’. This exhibition presents how Mauri explored the mechanisms of war through three distinctly separate approaches: the manifestation of political power, the private experiences of soldiers and citizens, and how events of war were expressed in the media. 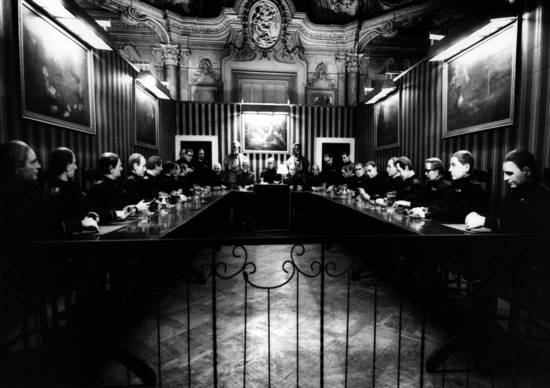 Set inside a separate room within the main gallery space is ‘Oscuramento’ (1975), which translates literally as ‘Darkening’. Conjuring themes of censorship and repression, this life-size installation at the centre point of the exhibition presents 29 waxwork figures in military garb staged around a long table and surrounding their leader, Mussolini. ‘Oscuramento’ (Darkening) is a reconstruction of the last session of the ‘Gran Consiglio del Fascismo’ (Grand Council of Fascism) that took place on 24 July 1943, and sanctioned the arrest of Benito Mussolini. Mussolini is represented here together with the highest leaders of the fascist regime, although not every figure is an actual portrait of a real historical figure. Through this restaging, Mauri invites us to consider the powers that governed the fate of so many, and to inspect and scrutinize this covert and sinister event, exposing the perpetrators of Fascism. 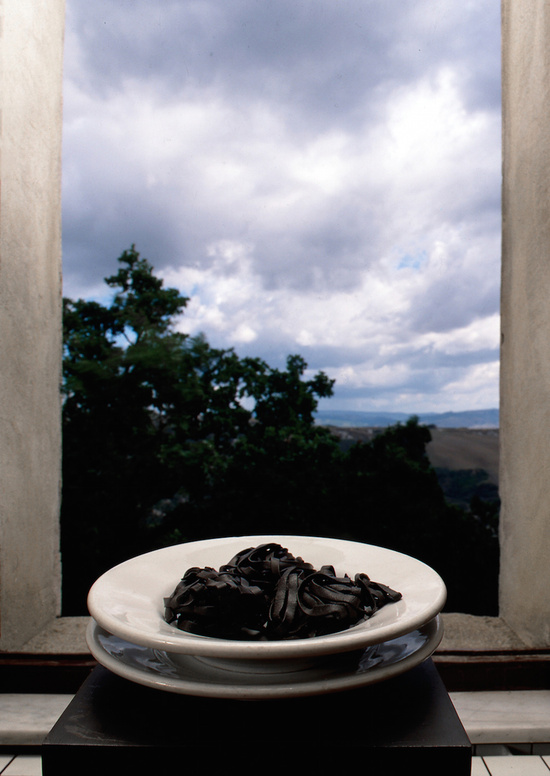 Mauri confronts the private agonies and experiences of being a soldier, bringing the truths and horrors of war into the realm of individual experience. In the mixed-media works from the Picnic o Il buon soldato (Picnic or the good soldier) series, Mauri incorporates found objects reminiscent of war – such as a gas mask, a lamp, a compass and a broken aeroplane – and affixes them to impermeable sheets of iron, presented as a traditional painting on canvas. Using ubiquitous objects allows Mauri to approach ‘history’ in a new way, and to find a place where the universal and the personal converge. Commonplace items conjure personal memories, creating a more direct language that is not usually used in memorials for remembrance. 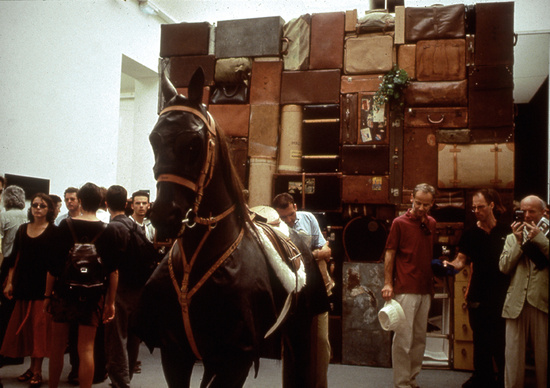 In one of Mauri’s most well-known works, ‘Il Muro Occidentale o del Pianto’ (The Western or Wailing Wall) (1993) a barricade of suitcases carrying individual luggage tags stands as a symbol of exile – a monument to the transmigration inflicted by war. In resurrecting historical memory, alluding specifically to the Holocaust, Mauri addresses the story of discrimination and persecution. The haunting presence and form of this work is echoed in ‘Monumento a tre militari’ (Monument to three soldiers) (1998) on display here: picnic baskets, characteristic of those used by soldiers on duty, are stacked on top of one another and piled high creating a precarious, towering sculpture. The baskets become poignant objects that resonate with loss and imply the absence of their former owners – bearing identities that have been reduced to ash. Presented en masse, the baskets cause us to reflect on the innumerable lives cut short.

For Mauri, the rhetoric of war was insufficient to convey the reality of experience. Through language we are capable of distancing ourselves from reality, and of disguising and diluting the horrors that we know to have occurred. ‘Linguaggio è guerra’ (Language is War) (1975) comprises 88 photographs in a sequence, transformed by cuts and montage. The images are a selection of photographic reproductions taken from German and English magazines covering the Second World War. The artwork was succeeded by the publication of the book ‘Linguaggio è Guerra / Language is War’ in 1975 by Massimo Marani in Rome. Throughout his practice, Mauri consistently employed tools used by the media, both in terms of printed matter and film. He often returned to the motif of the cinematic screen, such as in his Schermi series, where raw or whitewashed canvases function as blank surfaces to be projected onto. In a sense, any experience imaginable could occur in this forum; the possibilities are endless and cannot be defined by reality.

During the exhibition, Hauser & Wirth will host three reactivations of one of Mauri’s participatory performances, ‘‘Rancio’ da Picnic o Il buon soldato’ (Performance ‘Meal’ from Picnic or the good soldier).

The performance takes the preparation and serving of a standard military meal as its setting. A soldier dreams of a girl, and the figure from his imagination enacts the routine of serving rations of Zuppa to the audience. During this performance, the 1959 Soviet film ‘Ballad of a Soldier’ directed by Grigori Chukhrai is projected onto another woman’s back – for Mauri, the body is an important tool linked with association and memory. In this instance the body is the device through which images of war are brought into the present and into the realm of the individual, acting as a reminder of the continuing presence of intolerance throughout the world and the universally alarming tendency to forget how easily such behaviour can become endemic. 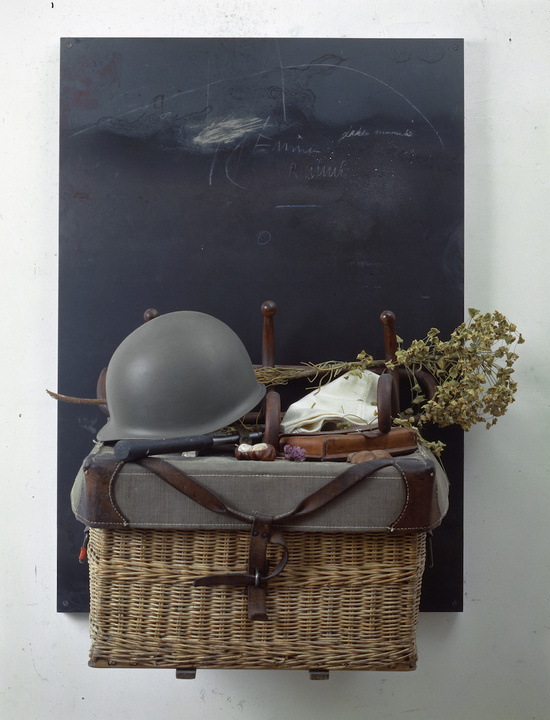