Os Gemeos has created this great Volkswagen Beetle installation for Mana Contemporary’s exhibition ‘Everything you are I am not’ to be held at the Mana Wynwood Convention Centre for Miami Art Week. 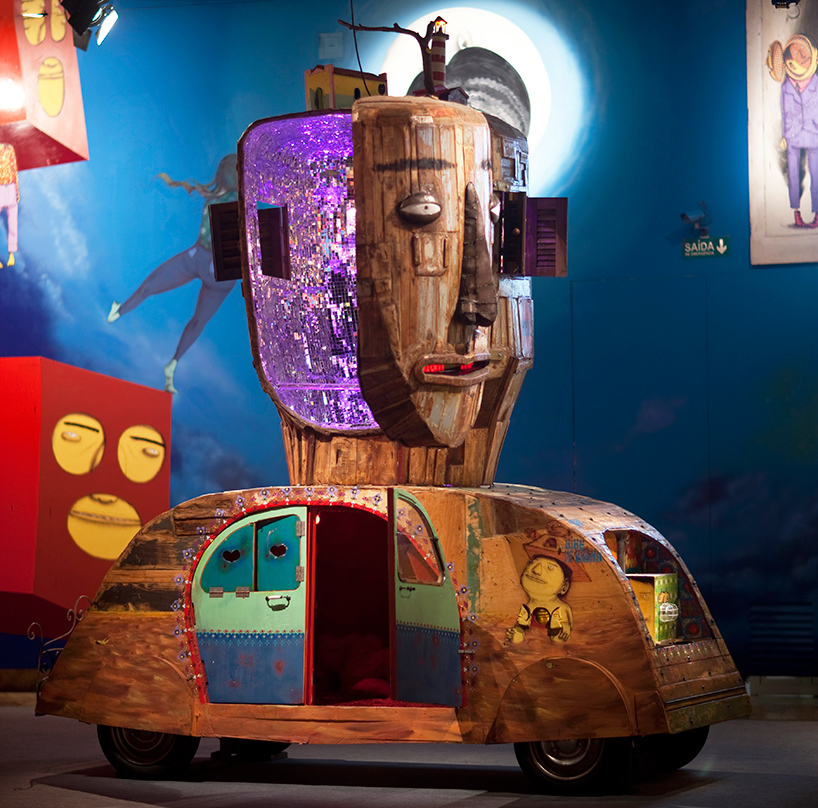 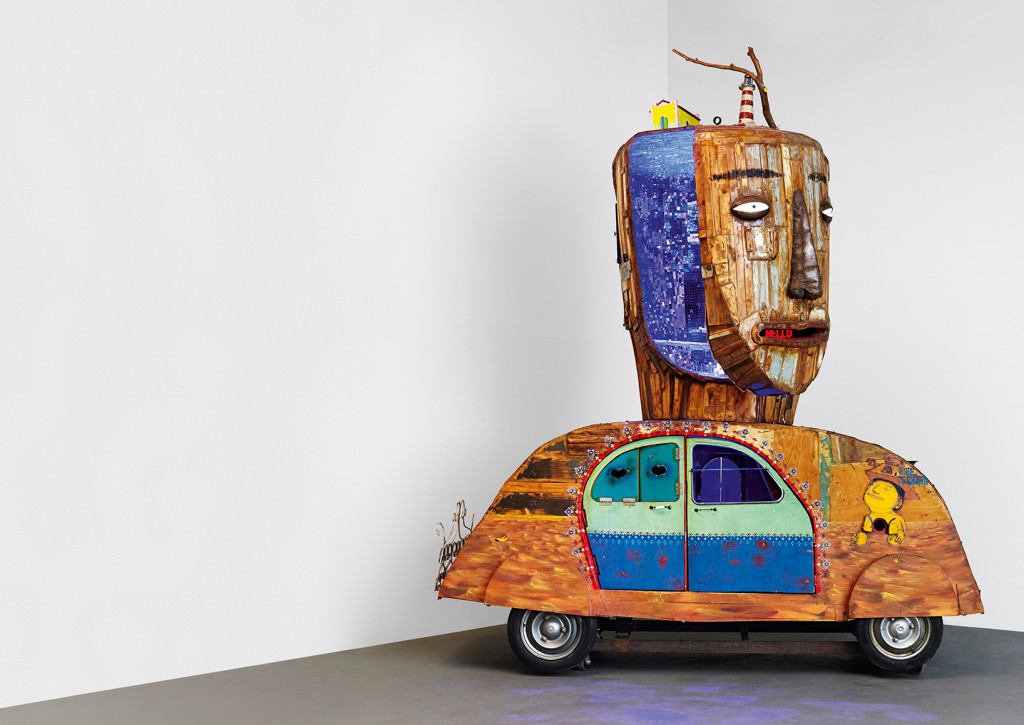 Influenced by their earlier work titled ‘Serenade’ — Where two men wearing head-shaped hats play musical instruments — the ‘Untitled’ installation brings elements of the painting to life. They have crafted a wooden version of the enormous head and set it on the roof of a modified Volkswagen Beetle. The figure opens on hinges to reveal a glistening purple interior, mirroring the exterior surface of a disco ball. hidden within the reverse of the face is a cabinet of curiosities, featuring antique radios, clocks, and figurines. the car’s interactive nature allows the viewer to discover countless details and hidden treasures like intricately ornamented flower motifs, found objects, human figures, and musical instruments like keyboards and trumpets.

Mana Contemporaries programming during Miami Art Week, takes place from December 3rd to 6th, 2015. It will be held at Mana’s 30-acre campus in the Wynwood arts district, and the event will inaugurate the central 140,000-square-foot building’s new role as the Mana Wynwood Convention Centre.
More details: www.manacontemporary.com/mana-wynwood 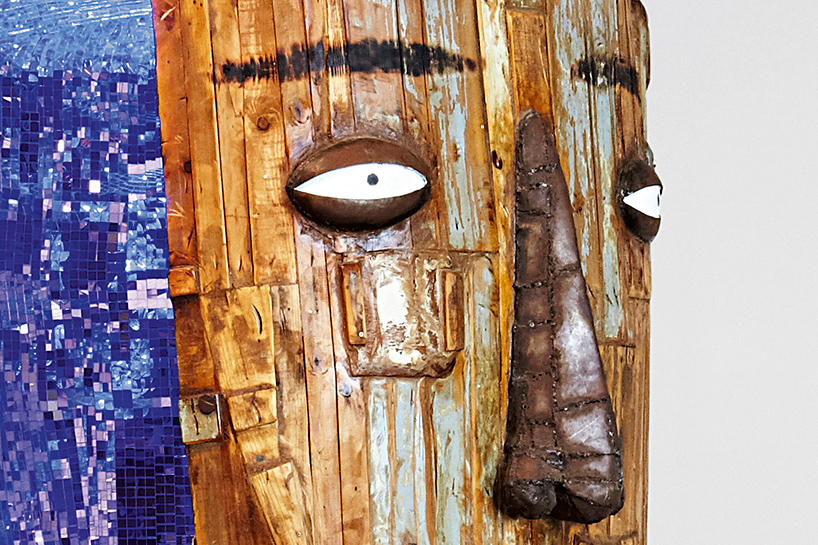 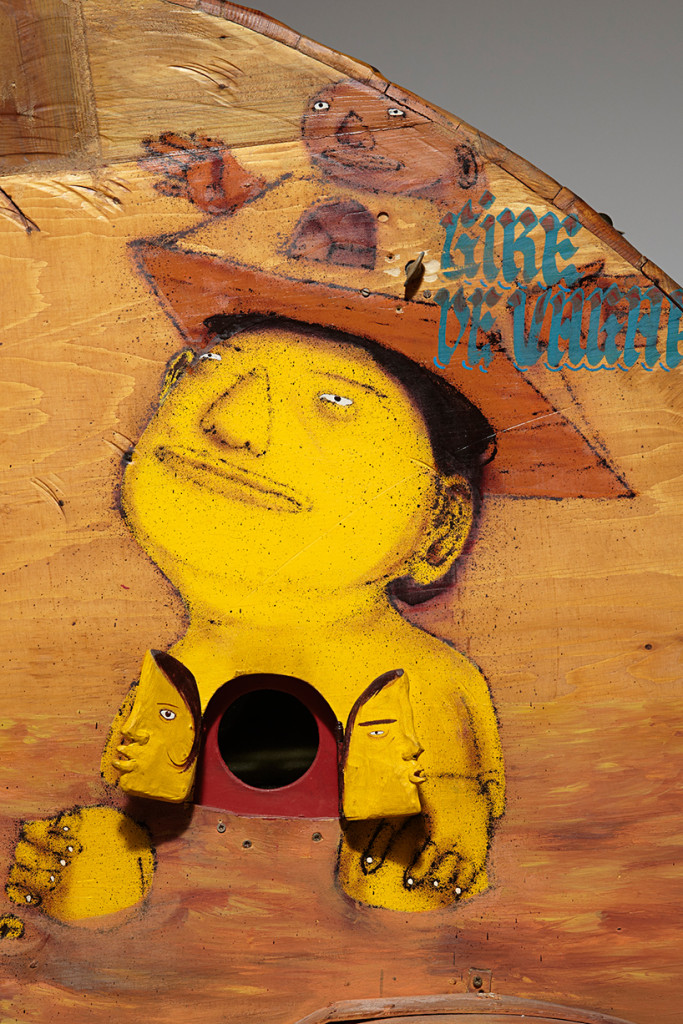 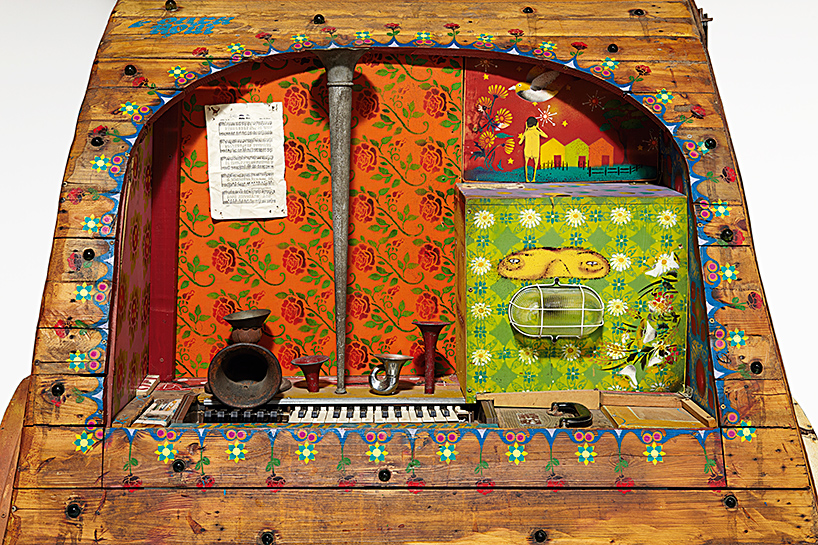