“At 11pm. on December 31, 1958, I decided to fly to Cuba. At daybreak, I was sharing the streets of Havana with hundreds of delirious Cubans. Within four days, I had found Fidel, and by January 10 this project was completed.” 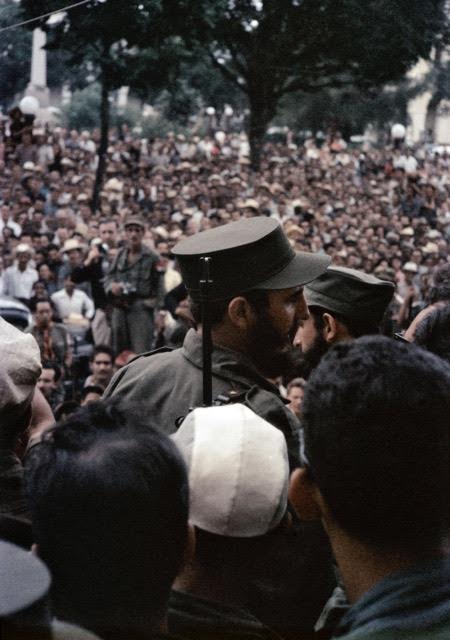 On New Year’s Eve 1958, young Magnum photographer Burt Glinn was celebrating at a black tie party in New York. All the talk that evening was of corrupt Cuban dictator Fulgencio Batista, rumoured to be ready to flee for his life from Havana and said to have already backed his army trucks up to the treasury.
Glinn borrowed $400 from Magnum president Cornell Capa, grabbed his camera gear, raced to La Guardia just in time to make the last flight to Miami. He arrived just after dawn in Havana, Batista had fled, Fidel was still hundreds of miles away, nobody knew where, Che Guevara was on his way to Havana and nobody seemed to be in charge. As Glinn said

Glinn’s photojournalistic fervour ensured he made it to the middle of the action to capture the Cuban Revolution as it unfolded on the ground. As Glinn said,

“I could get up as close as I wanted.”

His magnificent photographs convey the revolutionary idealism, mayhem and excitement of that moment in history. For the first time ever, unrestricted access has been given to the extraordinary Burt Glinn archive and the result is Cuba 1959, a first hand account that runs almost like a movie.

This incredible book includes some of Glinn’s most iconic Cuban photographs, as well as unseen shots, in both black and white and colour. Che had arrived in Havana to cheering crowds, Camilo Cienfuegos was on his way as were the real “Barbudos” who poured into Havana from the surrounding hills. Castro supporters emerged from hiding. Photographs of gunshots being fired, chaos on the streets, the rounding up of the Batista Secret Police, the prominent women rebels, ecstatic reunions between mothers and sons as the revolutionaries returned home. The “abrazo” embrace was the gesture of the day for everyone as Cubans celebrated their liberation. Fidel, his aide Celia Sanchez and their escort of 11 ‘bearded ones’ had travelled from the Sierra Maestra through Santiago, Santa Clara, Camaguey, Cienfuegos towards Havana gathering tanks, jeeps, buses, bicycles and thousands of supporters along the way.

The jubilant crowds were calling for Fidel. Glinn commented,

“this was no photo-op, this was a real revolution and it was one of the greatest adventures of my life.”

Glinn captured these iconic and unique moments from the day Havana fell, including Fidel Castro’s triumphant entrance into Havana, his stepping down from the platform to mingle with the crowd to speak to his people, talking about families, farming and the rebirth of Cuba. These were scenes reminiscent of the liberation of Paris.

“We neither slept nor ate regularly nor bathed on the nine-day trip to Havana. But those were great days. I did learn then that a good cigar can be life sustaining. But I also remember the wild hopes and the ominous portents that filled those few brief days. I only wished in all these years since then that Fidel had done the Cuban people better and that we had been smarter.
I think I would trade all of these, my favorite pictures, and all of the great cigars I have had from Cuba, if we could do it all over again. Only better this time.”

About the Photographer:
Burt Glinn was one of Magnum’s greatest photographers, with a career spanning more than fifty years. He was renowned for capturing crucial moments in history, offering searing insight with his social documentary photography and for his iconic portraits of celebrities. Versatile and technically brilliant, he embraced colour as well as black and white. His photographs of the Cuban Revolution and Fidel Castro’s entrance into Havana are a stunning body of work from a legendary talent.

About Reel Art Press: R|A|P stands for exceptional taste and a unique curatorial eye. It stands for luxury and class, the highest production values, and a sensitivity to an eclectic selection of subject matter and material. It stands for rare, unpublished and unusual work including subjects with mass appeal and limited editions with unlimited potential. The company has made headlines around the world with its previous releases, which include: The Rat Pack, Hollywood and the Ivy Look, The Kennedys by Mark Shaw, Unseen McQueen and Billy Name: The Silver Age. 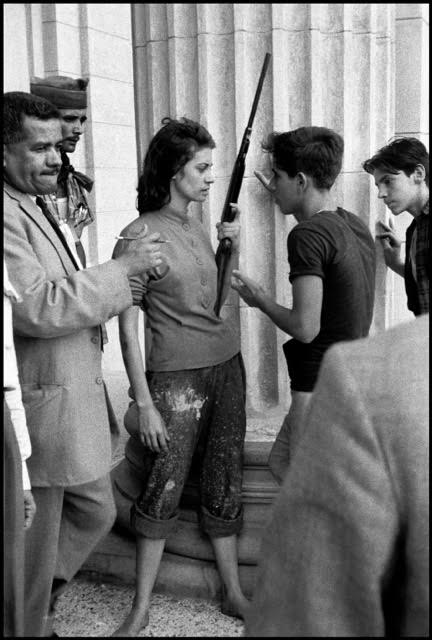