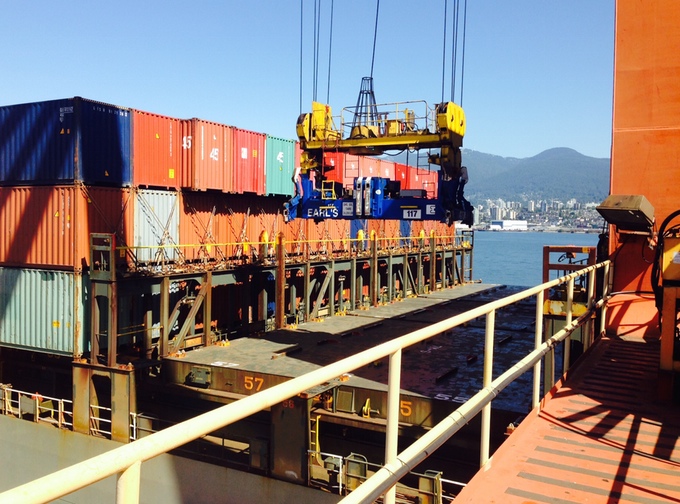 Vancouver is one of the world’s fastest rising ‘prime’ real estate markets, which is awesome for homeowners looking to cash out but pretty terrible for small galleries looking to set their artists’s on the path to greatness with supported residency programmes. To get round this, Access Gallery have set up a programme placing artists on board the pacific cargo ships that cross from Vancouver to Shanghai, where they are met by the supportive community of the Shanghai arts scene.

Twenty-Three Days at Sea offers selected visual artists passage aboard cargo ships sailing from Vancouver to Shanghai, a voyage that takes approximately 23 days. For the duration of the crossing, the artists will be considered “in residence” aboard the freighter vessel, an unconventional studio space in comparison with traditional residencies’ typical offerings of studio and living space in a static site. Each artist will keep a log of their experience while at sea (to be reproduced as published books at a later date), introduced to leading members of Shanghai’s art community, and will develop a new body of work in response to the voyage, to be exhibited at Access Gallery in the following months.
Check out their kickstarter here